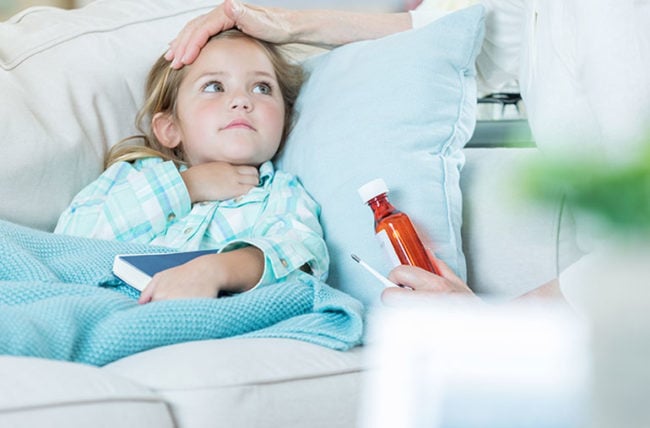 Most of us hate going to the doctor and being sick. It’s no fun to get blood drawn, take medication or undergo procedures. So when you learn about someone who is intentionally creating an illness or exaggerating symptoms on purpose, it can be mind boggling and confusing.

Causing illness in yourself or in someone else isn’t just a disorder that happens in Hollywood or on the big screen. Instead, recent movies and shows like Mommy Dead and Dearest and The Act have helped to shine light on a very real illness.

So what actually is it?

Factitious disorder imposed on self (FDIS) is a type of mental disorder in which a person will intentionally cause, create or exaggerate an injury or illness in his or herself. It was formerly referred to as Munchausen syndrome.

Factitious disorder imposed on another (FDIA) is a type of mental disorder when someone in a caretaker role (usually a parent or someone caring for an elderly relative) intentionally creates, causes or exaggerates an illness or injury in the person they’re caring for. It was formerly known as Munchausen by proxy.

Someone with factitious disorder will go to great lengths to make it seem like they’re very sick, when in reality they may be the cause of their own illness. From tampering with test results, to lying and causing physical harm to themselves or the person they’re caring for – nothing is off-limits.

And why would someone do this? The main motivator behind factitious disorder is often a concrete gain in attention from others. Whether it’s from family, neighbors, colleagues or even on social media.

It’s believed that an estimated 1 to 2% of hospitalized patients have factitious disorder. But because it’s a disease of deceitfulness (and takes a team of doctors to diagnose), the number could actually be higher.

“It’s hard to account for how many people might actually have factitious disorder,” says Salerno. “A person with this disorder typically goes to multiple doctors all over the country. It’s challenging to keep track of what the person is doing and to establish a pattern of behavior.”

It takes a medical team made up of multiple providers and close scrutiny of medical records to diagnose the disorder.

A disorder of deception

Most people with factitious disorder don’t believe they have a mental illness. And because this disorder deals with deception and dishonesty, it can be difficult to spot.

Signs of factitious disorder can include:

These red flags can also be true of factitious disorder imposed on another.

When illness becomes your identity

Factitious disorder can come in all shapes and sizes, but over the past several decades, medical experts have started to piece together this mysterious illness.

Here are eight things to know about the disorder:

1.) Electronic medical records have made it easier to identify.

Before the arrival of electronic medical records, those with factitious disorder could typically move from doctor to doctor with little explanation or paperwork. But when healthcare organizations switched over to digital patient files, it helped professionals begin to track and see a patient’s full medical history.

Most people with factitious disorder are knowledgeable about medical terminology and the medical field. Often times, the person may have worked previously in healthcare. This allows them to describe their symptoms and illness in great detail. They might know a lot about medication, tests and treatments and may even ask for invasive medical procedures by name.

3.) Social media has made it easier for patients to deceive a wider audience.

With social media, it has made it easier for those with factitious disorder to receive attention or sympathy from a larger group of people.

“A lot of people with this disorder will post things on social media about their illness that simply aren’t true,” says Salerno. “It’s all about attention-seeking behavior, whether it’s asking for money or to gain emotional support through others.”

4.) Factitious disorder imposed on another is a form of abuse.

Any time a person fakes or creates an illness in someone they’re caring for, it’s considered a form of abuse. This can be done to a child, elderly adult or someone with a disability.

Suspect it’s happening to someone around you? Salerno recommends to:

• Keep a journal of the person’s symptoms.
• If you can, discuss your concerns with the person’s treating physician.
• Call Child or Adult Protective Services (your identity will remain anonymous).

5.) Attention is often the main motivator.

People with factitious disorder are often looking for emotional support and attention from others. They believe they can achieve this through faking an illness or injury. The worst part? Attention only fuels more lies and deceitfulness.

“It can be attention from family, neighbors bringing over food or even strangers donating money on social media,” says Salerno. “The attention the person receives further encourages the behavior.”

Although the exact cause of this illness is unknown, most experts believe that factitious disorder is linked to both biological and psychological factors, says Salerno. So whether it’s from family conflict, parental divorce, grief, trauma or abuse – it can all play a role in developing this type of mental illness.

7.) It takes a village to diagnose.

Given the lying and deception involved, those with the disorder are often times the least suspected – and that’s what makes it so tricky to identify. In order to be officially diagnosed, someone else has to physically witness the person inducing the illness or injury in themselves or in another person. Often times, it takes a large team to help diagnose (which can include psychiatrists, physicians, social workers, case managers, infectious disease specialists, bioethicists and sometimes even law enforcement officials). The medical team looks at the patient holistically and tries to piece everything together to get the bigger picture of what’s really going on.

8.) There is treatment available.

Some people with factious disorder might not ever admit to causing their symptoms. Those that do have a long road to recovery to identify the issues that caused this type of behavior in the first place. The person has to be willing to acknowledge that there’s a problem.

Types of treatment can include psychotherapy (also known as talk therapy) and cognitive behavior therapy (CBT).

“CBT helps identify thoughts and feelings that are contributing to the deceptive behavior,” says Salerno. “If the person strongly identifies in the ‘sick role’ then it’s hard to see themselves as healthy. CBT provides skills that the patient can use to form relationships that are not associated with being sick,” says Salerno.

Why You Should Take Fevers Seriously If You Have Cancer

Living With Lyme Disease: How to Promote Long-Term Healing

Thunderclap Headache: A Rare But Intense Warning Sign From the Brain

Why You Need an Annual Physical (and What to Expect) 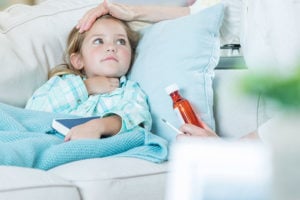 From tampering with test results, to lying and causing physical harm to themselves or the person they’re caring for – nothing is off-limits when it comes to factitious disorder. But what causes it? And why would someone ever want to be sick? A psychiatric social worker helps piece together the facts of this disorder.