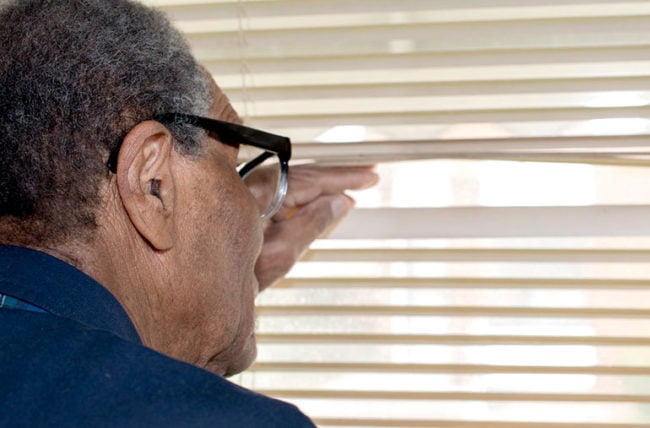 As more cities and states across the country continue to relax pandemic guidelines, many people may be experiencing anxiety about leaving their house for the first time in weeks or months, still fearful of becoming infected with the coronavirus (COVID-19).

In fact, some may confuse this new anxiety with agoraphobia, an anxiety disorder in which people feel extreme fear, causing them to avoid places or situations that make them feel embarrassed, helpless, or threatened.

The anxiety associated with both agoraphobia and the ongoing pandemic can be paralyzing, causing people to feel afraid of common daily activities like being in a store, riding public transportation or being in crowds like at a sporting event or concert.

But there are differences between the two conditions even as both can make going out again can seem like an insurmountable obstacle. Why does this happen and how can we best help those who may be dealing with this disorder?

To find out, we spoke with psychiatrist Amit Anand, MD, about the difference between agoraphobia and this pandemic-related anxiety and how each can be handled.

A combination of anxieties

“It’s an unusual situation,” Dr. Anand says. While there is certainly overlap between the fear of returning to public places due to the virus and agoraphobia, there are some key differences as well. “The virus can literally be in the air. The fear of getting contaminated, the need to wash hands, those are a part of Obsessive Compulsive Disorder (OCD).”

Agoraphobia, he says, is an anxiety disorder and has more to do with “being in open places or being in situations where you feel helpless, like among large crowds.” It can sometimes be associated with a panic disorder, which fuels periods of intense anxiety lasting half an hour or so.

“People who suffer from this feel like they’re dying or something bad is going to happen to them,” Dr. Anand says. “And if that is linked with being in a certain situation or place, it can cause agoraphobia.”

Dr. Anand says it’s understandable there may be some confusion in differentiating between the two. “It’s difficult to classify the condition in this case according to normal psychiatric diagnoses because it’s so unique. But I think the reason behind why someone feels that anxiety is important,” he says.

“The usual reason for agoraphobia is the anxiety about not being able to be in a safe situation physically in a crowd, that feeling of being out in an open space and thinking that something bad is going to happen to you,” Dr. Anand continues.

It’s more about being in a crowd or on a subway and worrying you can’t get out or maybe you’ll have a heart attack and die. It’s not usually about catching a virus.

New anxieties over contracting the coronavirus, though, are more inline with OCD, he says.

“You don’t want to go outside because you want to avoid the infection. You don’t want to breathe in the air or touch something that may wind up giving you that virus. With agoraphobia, the fear is that something is going to happen to you immediately but with this, nothing will be immediate because it would be days, even weeks, before you showed symptoms.”

But, again, Dr. Anand admits it’s a unique time. “I don’t think people in psychiatry who would make a diagnosis ever thought of this situation. These new virus-related anxieties have qualities of OCD but because they’re also about going out in the open, going outside, it has elements of agoraphobia. It’s difficult to put in a particular category of psychiatric diagnosis.”

“One way to handle it is through graded exposure.” Dr. Anand says. “It’s a way in which a person slowly exposes themselves to the thing they’ve been avoiding. And you manage your anxiety by doing some kind of relaxation exercise.”

He suggests one way in which a person can better prepare themselves for that situation is practicing mental imagery of the scenario before facing it. “In the end,” he adds, “you have to expose yourself to the situation but you can do it slowly.”

With agoraphobia, Dr. Anand says, it’s not uncommon for the person to have a companion who goes out with them to offer support.

Dealing with panic disorders can be different, though. “With agoraphobia, there’s always some kind of behavioral intervention, training or education,” Dr. Anand says. “A panic disorder can take on a life of its own. So besides behavioral training, sometimes we use medication, an SSRI antidepressant like Prozac.”

If it’s not you but, rather, a friend or family member who’s dealing with one of these issues, there are ways you can help.

First, you can offer to be that companion to escort them out into the world or to help them face the situation they’re anxious about. “It may be useful to have somebody that you know you can get some reassurance and some support from, people that you love and people that you trust,” Dr. Anand adds.

Filtering incoming information is another key step. “Certainly, education and good information is important, know what’s actually happening,” says Dr. Anand. And, related to that, he says you can help people turn away from television and social media. “People are spending a lot of time there and that’s certainly creating a lot of anxiety.”

This is particularly true of the current pandemic, he says. “People are getting misinformation or even fake information. It’s better to decrease the amount of time you’re spending on social media and various news sites and get information from reputable places. Also, educate yourself from sites like the Center for Disease Control (CDC) or the Food and Drug Administration (FDA).”

By staying informed but being smart about what information is being taken in, it’s possible to offer reassurance and support, alleviating some fears and anxieties and making certain activities more attainable.

What Is Love Bombing?

Somatic Symptom Disorder: When Health Anxiety Takes Over Your Life

Signs You Have High-Functioning Anxiety 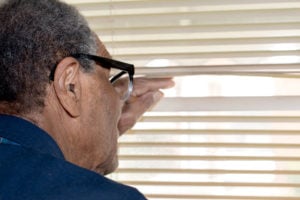 How to Tell the Difference Between Agoraphobia and Coronavirus Anxiety

If you’re anxious to go outside during the pandemic, it could be for a number of reasons