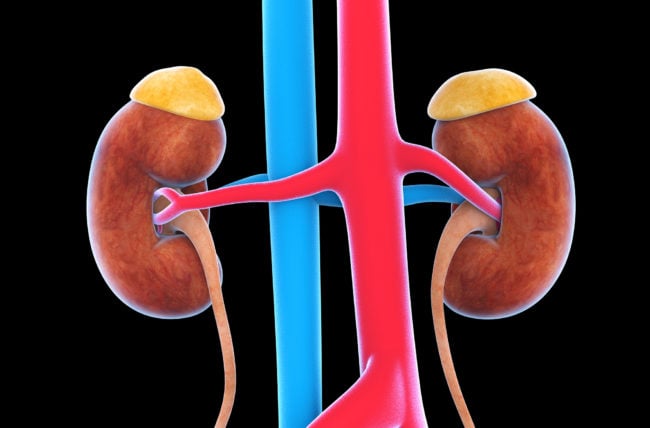 Immunotherapy’s ability to unlock and boost your body’s immune defenses holds promise for several cancers. One of them is cancer of the kidney, or renal cell carcinoma.

How your immune system works

Your immune system’s molecules, cells and organ are the body’s first line of defense against infection and disease.

At the same time, key molecules serve as “immune checkpoints,” shielding normal tissue from damage by blocking certain molecules and activating others.

Yet some cancer cells can find workarounds, slipping past your immune defenses, or hiding from them and surviving — only to show up later.

How immunotherapy is used

Thus, researchers are exploring different ways to harness the immune system to better recognize, fight and destroy cancer cells while minimizing damage to other cells.

For example, they have developed and continue to investigate several immune checkpoint inhibitors to treat kidney cancer. Researchers are also studying how to help the immune system remember cancer cells in case they come back, says Dr. Rini.

In kidney cancer, immunotherapy is typically combined with traditional treatments such as surgery and chemotherapy. However, each patient’s treatment is individualized, depending on the stage of the cancer, how fast it is growing and other factors.

Potential side effects of immunotherapy

“As a result, the most common side effects of immunotherapy involve inflammation in the form of a rash on the skin, diarrhea in the gut and abnormal liver function,” says Dr. Rini.

Other side effects include fatigue; nausea and loss of appetite; constipation; and joint pain.

Your cancer care team will watch for any ill effects from immunotherapy. “We can usually control side effects and generally start with steroids as an initial step,” he says.

However, inflammation can at times become severe and even life-threatening.

The way of the future

“Immune-based regimens will become the standard of care for kidney cancer and many other diseases in the near future,” Dr. Rini predicts.

He and other kidney cancer experts expect it to develop as the mainstay of initial treatment.

Managing Side Effects During Cholangiocarcinoma Treatment

All About Dragon Fruit: 3 Health Benefits + How to Eat It

How to Keep Your Body’s Defenses Strong After Age 65

How Soon Should Immunocompromised People Get the COVID Booster Shot? Kidney Cancer: How Immunotherapy Can Help You

Can immunotherapy help your body fight kidney cancer? Find out more about how today’s cancer researchers are developing this weapon in the fight against renal cell carcinoma.