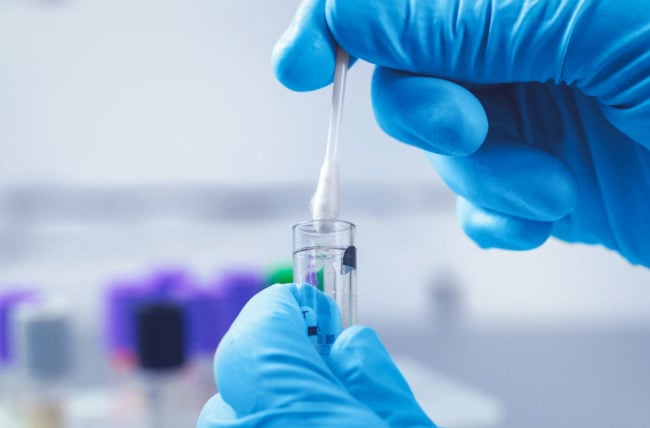 If you have a family history of Alzheimer’s disease, you might sometimes feel a sense of worry about your own “senior slip-ups.” If they seem to be happening more often as you get older, is that a sign that you’re headed down the same path?

Advances in genetic testing have made it possible to get hints about your future health risks just by spitting in a cup or swabbing your cheek. But should you do it?

Some people feel empowered by learning about their genetic risk factors. For others, it can lead to more questions than it does answers.

Marwan Sabbagh, MD, a neurologist and Director of Cleveland Clinic’s Lou Ruvo Center for Brain Health, explains the Alzheimer’s gene test and a few things to consider before taking the next step.

ApoE4: A marker for Alzheimer’s risk

Experts believe there is a strong genetic component to Alzheimer’s disease. But for late-onset Alzheimer’s disease, the most common form of dementia that appears after age 65, it doesn’t boil down to just genetics. Rather, there could be multiple genes as well as other lifestyle and environmental factors that play into whether a person develops the disease.

As of now, the gene that seems to be the strongest predictor of Alzheimer’s risk is called ApoE. There are three varieties of this gene:

Each person has two copies of ApoE genes. Studies have shown that a person who carries the ApoE4 variety is at an increased risk for developing Alzheimer’s. Having one copy of ApoE4 can triple a person’s risk, Dr. Sabbagh says, and having two copies raises the risk even further.

But ApoE4 is not a deciding factor for Alzheimer’s. “It’s a statistical risk, but it’s not an absolute risk,” Dr. Sabbagh reiterates.

That means that having ApoE4 doesn’t mean you’re guaranteed to develop Alzheimer’s, and not having it doesn’t necessarily put you in the clear.

That uncertainty is part of why it’s important to carefully consider whether knowing your ApoE4 status would benefit you.

ApoE4 genotyping is not regularly used by most neurologists, Dr. Sabbagh says, and advisory groups recommend that people who do not have symptoms not get tested.

But he does believe that the test can be used safely and without causing harm or distress in some people.

“To me, people who are appropriate candidates are people with mild cognitive impairment,” Dr. Sabbagh says. These are likely adults between the ages of about 50 and 75 who demonstrate early symptoms of Alzheimer’s disease and have already gone through a family history and neuropsychological testing with a neurologist.

“I do order it to answer the question why —  not just what,” he explains. “Some people want to know why they got Alzheimer’s disease, so this can help explain that they inherited it and were born with the risk.”

Before you take it…

It’s important to know that at least one direct-to-consumer genetic testing company has recently started including an ApoE4 test as part of its health kit.

Before taking such a test, Dr. Sabbagh recommends these considerations:

What Kind of Treatments Are Being Developed for Alzheimer’s Disease?

How Your Ancestry and Ethnicity Affect Your Health 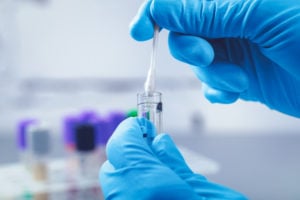 Experts believe that ApoE4 is a strong genetic marker for late-onset Alzheimer’s disease, the most common form of dementia. But it’s not recommended for people who do not have symptoms. A neurologist explains why.