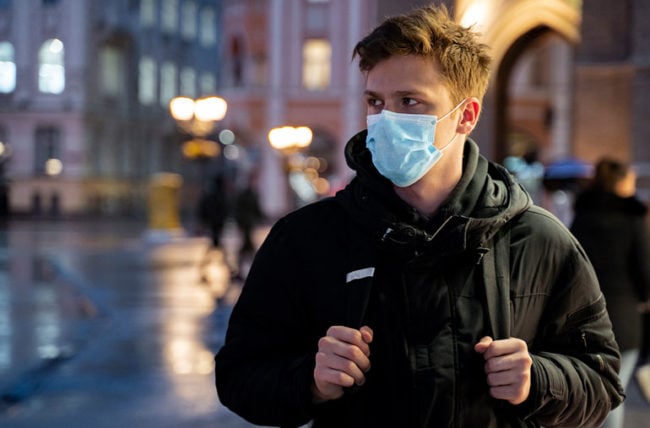 A new surge of coronavirus cases has spread across the country and while there’s still so much to learn about the virus, how it’s transmitted and its long-term effects, the new wave features one disturbing trend: A large swath of positive tests are younger patients under the age of 45.

While the mortality rate for these younger age groups is still extremely low, cases within the group are on the rise. On a national level, according to the CDC, patients between 18 and 39 years old represent less than 2% of deaths in the U.S. but over a third (36.5%) of total cases as of July 15. That trend is consistent on a local level, too.

As of mid-July, younger patients made up the largest case group in three of the hardest-hit states.

With younger patients being so prevalent, we spoke with pulmonologist Eduardo Mireles-Cabodevila, MD, about the risks these patients still face and why it’s so important to follow guidelines and social distance requirements.

Why the surge of younger patients?

There’s no official medical explanation for why young adults are making up a larger portion of cases but many experts, including Dr. Mireles-Cabodevila, suggest it’s likely a result of a decrease in social distancing, though that’s mostly rooted in speculation.

To Dr. Mireles-Cabodevila, this new surge could be related to young adults not being as careful with social distancing as bars and restaurants reopened when cases plateaued earlier in the spring. “They didn’t respect social distancing as things reopened. Those were the groups that you saw getting together in close quarters.”

Even if its speculation, the surge is a good reminder to continue practicing recommended guidelines, including regularly washing your hands, wearing a mask and maintaining at least 6 feet distance between yourself and others.

The effects on younger patients

So far, there’s no difference in symptoms between age groups. “Young patients present with the same group of symptoms,” Dr. Mireles-Cabodevila says. “They still present with shortness of breath, fever, muscle pain, headaches and problems with a loss of smell or taste.”

They still get sick and some require hospitalization; however, Dr. Mireles-Cabodevila says there have been fewer ICU hospitalizations. “The difference is that at this time we’re not seeing as many as those patients getting to the ICU,”  he says, “We do see some younger patients get ill enough to be admitted to ICU but not at the same proportion as the older patients.”

It’s also important to note that, as mentioned earlier, the mortality rate for young adults is still relatively low, especially compared to older adults. And recovery times, according to Dr. Mireles-Cabodevila, are generally shorter for these young adult patients. “In general, younger patients will recover from any disease faster than the aged population with the same disease.”

But while this seems like good news, the surge in cases still represents a growing risk to young adults and underscores the danger that young adults still pose to others around them, especially if they don’t follow social distancing guidelines.

The serious risks that remain

While young adults are less likely to get sick enough to be admitted to the ICU, Dr. Mireles-Cabodevila says it’s still entirely possible and that those that do get ill enough to make it to ICU feel the full effects. And while those with underlying health conditions are at greater risk, there’s still a chance of becoming greatly ill with the virus even if you’re an otherwise healthy adult.

“Of those young adult patients that wind up being cared for in the ICU, the majority of them have a severe enough infection that they’re greatly impaired,” he says. “They may recover in terms of being discharged from the hospital, but there’s also the continued recovery after leaving the hospital and the consequences of the disease.”

And it’s those consequences of being treated in the ICU that young patients should keep in mind before putting themselves at risk.

“Many of these patients have long-term repercussions in their ability to move, to exercise and a loss of general exercise capacity,” Dr. Mireles-Cabodevila notes.

He adds that having such a critical illness can impact a young adult’s brain activity in a way that carries repercussions for the quality of life for many years to come. “They may have lingering issues with concentration, memory retention and performing certain tasks, especially if they suffered from delirium while in the ICU.”

This is on top of the additional effects of the disease, which often leads to damage of the kidneys and the lungs.

All of this can have a ripple effect on other parts of a young patient’s life, Dr. Mireles-Cabodevila explains. “If you think about these consequences in the context of being a young individual who goes to school or has a job, these are unmeasured consequences that affect their lifestyle for years to come: being unemployed, being unable to finish school or having trouble paying for appropriate care after they’ve recovered.”

“It’s not just getting COVID-19 and the direct effects of the virus,” he says, “it’s all of the consequences that can come with that.”

Delirium as a side-effect

There’s also been increased scrutiny in recent weeks of delirium as a symptom of the virus. And while it’s affected patients across all age groups, Dr. Mireles-Cabodevila says that there are still ways younger patients can be adversely affected.

“Because younger patients have a higher strength and tolerance compared to the aged population,” he says, “they may require higher doses of medication to help manage the symptoms and to help care for them. And this can expose them to more critical care, more medications and maybe even more time in the hospital.”

Social distancing: It’s not just about you

There are consequences, of course, beyond the physical aspects of becoming ill with the virus. Many young adults may contract the coronavirus and develop either very mild symptoms or may be asymptomatic. And that carries great risks to everyone they encounter.

“Even if they’re not getting as ill as older patients, the risk is sharing it with others,” says Dr. Mireles-Cabodevila. “It becomes exponential: every time they infect one person, that person can infect two others and those two infect two others each and it goes on and on.”

And that risk extends to loved ones, too. “The fear is passing it to your parents or to your kids, to your friends and family. You don’t want to be the reason that your grandmother gets sick and has to go into the ICU.”

There’s a second, peripheral aspect, too, Dr. Mireles-Cabodevila says, which is the prolonging of the pandemic and these surges. “The longer we live under these conditions with so many people being infected, it affects the economy and the outlook of the country as a whole. It’s affecting the places where they live. From a societal point, there’s a duty to protect themselves, protect others and stay away.”

“It’s not about a bar, a party or a beach,” he continues. “All of these can wait. We are working hard every day to provide the best care for everyone and minimize the ill effects of COVID. We need everyone to keep doing the hard work of staying safe by social distancing and wearing masks. Together we can control this virus and improve our society.”

How to Prepare for Life with Lymphoma

Can Adults Get Hand, Foot and Mouth Disease?

Headaches and COVID-19 Long-Haulers: What to Know 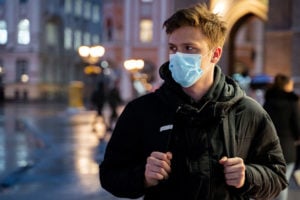 Young adults make up a big portion of the new surge in coronavirus cases and, according to experts, there are reasons to be alarmed.