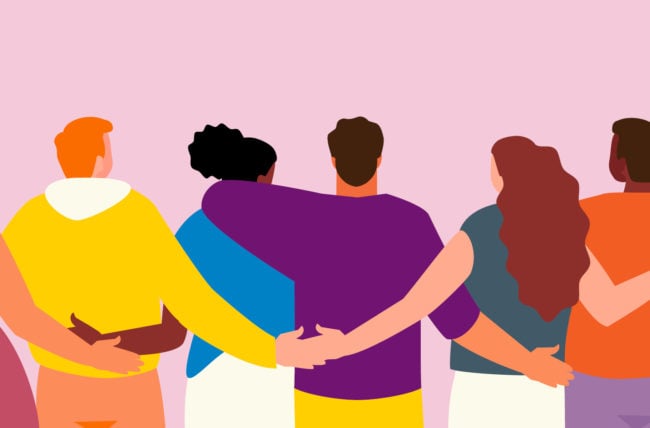 There’s so much diversity in how we identify ourselves and the way we express love for one another. Just as there are different kinds of love, we can become sexually and romantically attracted to our partners in different ways (if we experience sexual or romantic attraction at all).

The relationship we have with our own bodies as it relates to gender and sexual orientation can also be a complicated one. Everyone is built differently, and many of us come to realize aspects of our own gender in ways that can be challenging, exciting and complex.

Over time, as language has evolved and we’ve learned more about gender identity, gender expression and sexual orientation, healthcare providers and organizations like the American Counseling Association have determined multiple ways someone can identify in terms of how they feel about themselves and how they feel about others. One example of gender inclusivity might be, rather than refer to someone of Latin American descent as Latina or Latino, a more gender-inclusive term we use now is Latinx.

Sometimes, this search for understanding how we identify can happen later in life, but often, this journey begins when we’re young.

“Most teens struggle with figuring out who they are as a person. That’s part of what teenage years are meant to be, exploring your identity as a person,” says pediatric psychologist Vanessa K. Jensen, PsyD, ABPP.

There’s no right answer for determining how you identify related to gender and sexuality, but discovery usually begins with internal awareness and may include exploring how you can express your gender identity and sexual orientation with others. However you arrive at your identity, it’s important that you do so safely and you check in with yourself often along the way.

“It’s so much easier when you have a path in almost anything,” says Dr. Jensen. “Having a group you can identify with can be very comforting. Having a label can give us a place to be in our own head, and at times, in our social lives and what we do day-to-day. That’s true for many people, but it’s especially true in our teen and young adult journeys.”

Gender identity and how we talk about who we are

Gender identity is typically expressed in the way you label yourself, how you physically present yourself to others and how you feel about your own body.

“For a lot of people, these things happen very organically and naturally,” says Dr. Jensen. “This is about more than just our bodies. This is about who we are. And that includes external and internal aspects of ourselves.”

As language continues to evolve, we’re coming up with new ways to explain how we feel about who we are every day. This list, though not all-inclusive, is a good first step in understanding the various ways we and those around us identify gender, keeping in mind that not everyone agrees on the definition of each label and that they’re continually changing.

This term describes someone who feels like they don’t fit any gender. They may not ascribe to (identify with) the gender binary of males and females (someone who doesn’t identify with the polar opposites of male or female). They also don’t feel comfortable with other gender-variant terms.

This term describes someone who feels comfortable expressing themselves in a more gender-neutral way. They may express varying aspects of masculinity and femininity. How they express themselves may vary day to day, but they don’t generally appear dramatically male or female.

People who are bigender experience characteristics of two genders at the same time. Though this typically means the male/female gender binary, you could experience aspects of other genders, too.

Some may see this as a derogatory label, while others may claim this term to define how they identify in an affirming way. This term is often reserved for those who identify strongly with masculine cultural traits physically, sexually, mentally and/or emotionally. Historically, this term has been used by lesbian women who express more masculine characteristics. Similar to a few other labels listed here, this should be a self-identification, not a label you ascribe to other people.

Femme has often been reserved for those who identify strongly with feminine cultural traits physically, sexually, mentally and/or emotionally. Historically, this term has been used within the lesbian community; however, it also commonly applies to people who are male-identifying in gender and express more feminine characteristics. This can also be used by anyone of any gender who identifies with feminine traits.

“This is one of those medical abbreviations that can be perceived as pejorative [has negative connotations],” notes Dr. Jensen. “But people may see that in a medical document or journal.”

This is an umbrella term that technically means “between the sexes.” People who are intersex carry variations in their reproductive and sexual anatomy that differ from what’s fully male or female. For example, a baby might be born with genitalia that is not completely male or completely female, or they might have variations of XX and XY chromosomes. Medically, these rare conditions are referred to as disorders of sex differentiation (or differences of sex development). Language is evolving. Some people may find the term DSD controversial, as it implies intersex is a disorder in need of treatment rather than a biological variation. However, the term intersex continues to be recognized by the LGBTQIA+ community and has gained more traction as an identity within the last decade.

If you’re nonbinary, you don’t ascribe to the male/female binary. Instead of identifying as male or female, you identify as being somewhere else on the gender spectrum.

“If you identify as nonbinary, you see gender as a spectrum,” says Dr. Jensen. “You’re basically saying, ‘I don’t buy into the two ends of the poles, people can be anywhere on that spectrum.’”

A synonym of omnigender and polygender, this umbrella term describes anyone whose gender identity carries varying aspects of multiple identities and expressions.

Historically, we’ve been pretty binary (male/female) in the way we approach using pronouns to talk about those around us. Luckily, as our language evolves, we’ve created new ways of identifying how we feel about who we are. Our use of pronouns has expanded to include interchangeable gender-neutral pronouns like they/them/their, xe/xem/xyr, zie/zim/zir and others.

This term describes someone whose gender identity doesn’t match their assigned sex at birth, and it’s inclusive of both binary (male/female) and nonbinary gender identities. Some individuals are very open about being transgender; however, some may prefer to avoid that term entirely and simply exist as the gender they are (what’s sometimes referred to as “passing”). And that’s OK. How you choose to present yourself is entirely up to you.

“There are a lot of transgender individuals whose goal is to just be and be seen as the gender they identify as,” says Dr. Jensen. “So, they don’t want to be called transgender, a trans man or a trans woman.”

The process of transitioning from your sex assigned at birth to your identified gender looks different for every person based on your individual experiences.

In many cases, the first step to transition is called social transitioning. During this step, you may express your gender identity by changing the way you present yourself at home or in public. This gender expression can be evidenced in the clothing and accessories you wear, your body language, or your interests and activities. You may also ask friends and family to refer to you by a different name or pronoun that better fits your gender identity. You can also legally change your name. This period of social transitioning may last months, years or a lifetime.

You may want to go through a physical transition, too, with the help of hormone replacement therapy and/or gender confirmation/affirming surgery. In many cases, according to WPATH guidelines, centers require some period of social transition prior to receiving these healthcare services. In some cases, puberty blockers are used to put a hold on puberty to allow more time for a young person to understand their gender identity.

For some folks, hormone replacement therapy can be enough for someone to feel like they’ve fully transitioned.

“Some people can’t take hormones with certain medical conditions, and some choose not to for personal reasons,” says Dr. Jensen.

You can use different interventions like chest binders, voice therapy or hair removal to improve your gender expression. But you may still want gender confirmation/affirming surgery to modify your chest (sometimes called “top surgery”), modify your genitalia (sometimes called “bottom surgery”) or other surgical procedures that modify your face, voice, body hair or other physical aspects of your body.

Whatever path you choose to carry out your transition is entirely up to you, but it’s important that you seek out LGBTQIA+-friendly healthcare providers who can walk you through that process and discuss your options.

This term is typically reserved for Indigenous/Native Americans who embrace a third gender that contains aspects of both masculine and feminine spirits in one person. Two-spirited individuals are historically valued, honored and respected among their tribe for the spiritual and social roles they play in their communities.

The spectrum of gender identity and gender dysphoria

There are multiple ways in which you might define your gender identity. Several gender identities are all-inclusive umbrella terms that reflect gender as much larger than the male/female binary. And while some of these terms stand on their own, others may be interchangeable.

“There are different variations for many of these terms because gender is a spectrum,” says Dr. Jensen.

Wherever you are on your gender journey — whether you’re at your destination or still figuring out your path forward — making an effort to understand gender identity is something we can all do to create a more inclusive world.

AFAB and AMAB: What the Sex You’re Assigned at Birth Means for Your Health

Research on the Transgender Brain: What You Should Know 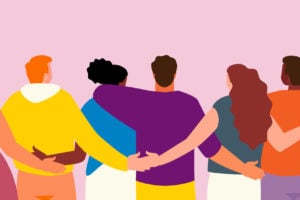 There’s so much diversity in how we identify ourselves and the way we express love for one another. Understanding gender identity can only aid us in our journey to better know ourselves, and others.