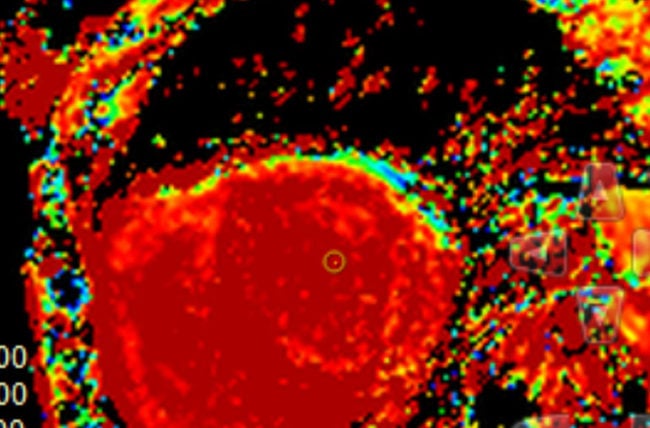 Amyloidosis is a disorder in which certain proteins abnormally change their shape in a process called “misfolding.” The misfolded proteins accumulate together and form protein deposits called “amyloid fibrils” that may build up in your heart, kidneys or other organs.

One of the main types of amyloidosis is called transthyretin (ATTR) amyloidosis. In this type, the amyloid fibrils are formed from a protein called “TTR” that comes from the liver.

Depending on where fibrils build up, you can have symptoms such as:

You can inherit the disease through a gene mutation, but most of the time it is not hereditary and just occurs as you get older.

ATTR amyloidosis can cause serious problems in the heart. Until recently, there were no medications to treat ATTR amyloidosis. We could only treat the symptoms and refer some patients for a heart transplant.

In 2018, research showed that the new drug tafamidis had good results in people with ATTR amyloidosis. In the study of 441 people with the disease, those that took tafamidis lived longer, stayed healthier longer and went to the hospital less due to heart problems. The people who took tafamidis didn’t seem to have more or different adverse reactions than those who didn’t take tafamidis.

“It was encouraging to see that tafamidis improved the survival of people with ATTR amyloidosis,” says cardiologist Mazen Hanna, MD, who led the trial at Cleveland Clinic. “It will change the outlook for those with this disease.”

Tafamidis doesn’t reverse the disease. It just slows it down by stopping the protein from misfolding, explains Dr. Hanna, who also is Co-Director of Cleveland Clinic’s Amyloidosis Center, which coordinates cardiology, hematology/oncology, genetics and other specialty care for patients with the disease.

“Many patients are waiting anxiously to get tafamidis,” he says. “We hope that the drug will be approved by the FDA and made available sometime in 2019.”

Other new drugs that treat the disease

The first was patisiran (Onpattro™) which treats neuropathy caused by the inherited type of ATTR amyloidosis. It stops the liver from producing the transthyretin protein.

A similar drug, inotersen (Tegsedi™), also was approved by the FDA to treat the symptoms of neuropathy in the inherited type.

Future studies of both patisiran and inotersen plan to test these agents in patients with heart symptoms.

“Other promising medications are still being studied,” says Dr. Hanna. “Two of them break down amyloid fibrils and may actually reverse some of the disease.”

Get diagnosed as soon as possible

Now that ATTR amyloidosis can be treated, it’s important for patients with the disease to be diagnosed as early as possible. The sooner you’re diagnosed, the sooner you can begin treatment.

A heart biopsy used to be the only way to diagnose ATTR amyloidosis. But now it is possible to make the diagnosis with a nuclear bone scan, along with blood and urine tests to rule out other forms of the disease. You also may need other blood tests to check your kidneys and liver, as well as an electrocardiogram (EKG), echocardiogram or MRI to check your heart.

“We believe that in the future, patients with ATTR amyloidosis will be treated with combination therapy,” says Dr. Hanna. “They may take one medication (such as patisiran or inotersen) to stop production of the protein, another (such as tafamidis) to stop the protein from misfolding and building up, and maybe a third to break down fibrils and remove deposits. The goal is to change amyloidosis from a serious disease into one that patients can live with for a long time.”

Your Heart and the Big 4 Med Types To Avoid

Are You a Candidate for Minimally Invasive Heart Surgery?

Does Your Blood Pressure Fluctuate Widely? Here’s Why You Need to Pay Close Attention 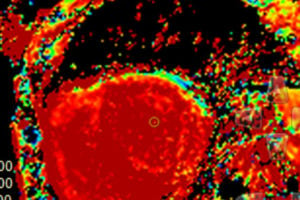 Why There’s New Hope If You Have Cardiac Amyloidosis

Amyloidosis is a serious disease in which protein can build up in your heart and other organs. New medications may help patients live healthier and longer.