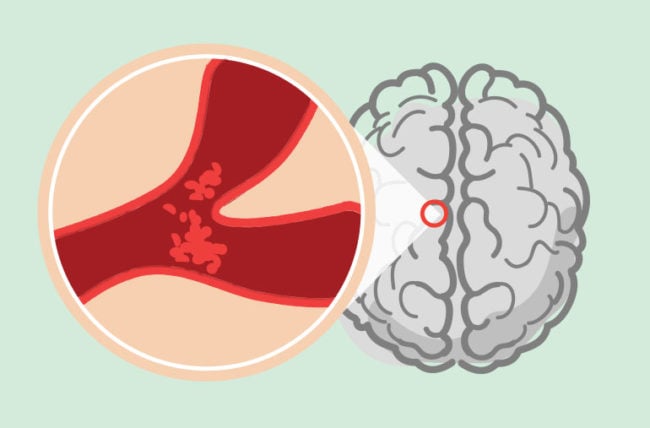 There’s nothing “mini” about a “mini-stroke,” known medically as a transient ischemic attack (TIA).

Unlike a full-blown ischemic stroke, a TIA produces symptoms only temporarily and causes no permanent neurological damage. So you might think you’ve dodged a proverbial bullet if you’ve experienced a TIA. Instead, you should think of a TIA as a warning shot in advance of an ischemic stroke.

A TIA may precede an ischemic stroke by hours, days, or weeks, and research suggests that your risk of stroke remains elevated years after a TIA. So, if you’ve had a TIA, it’s important to do everything you can to shield yourself from a stroke.

“A mini-stroke is a misnomer,” says neurologist Zeshaun Khawaja, MD. “For patients who have true TIAs, it really is a warning of some risk factors that might eventually cause a stroke. There’s an opportunity to identify what risk factors they have in order to reduce the risk of actually having a stroke.”

Don’t hesitate if you think you’re having a stroke

An ischemic stroke occurs when a blood clot or accumulation of fatty atherosclerotic plaque clogs an artery supplying blood to part of the brain. Starved of blood, the cells and tissue in that area of the brain begin to die, and the result can be permanent damage. Stroke is a leading cause of long-term disability and is the fifth-most common cause of death in the United States, according to the Centers for Disease Control and Prevention.

During a TIA, a blood clot blocks a brain artery only temporarily, causing an array of sudden stroke-like symptoms that subside within minutes, although sometimes they may take as long as 24 hours to resolve completely.

“The problem is that while the symptoms are occurring, it’s impossible to know if you’re having a TIA or a stroke,” Dr. Khawaja says. “You can’t really call it a TIA until the symptoms resolve, but you don’t want to wait for symptoms to resolve. If you’re exhibiting TIA or stroke symptoms, call 911 and get evaluated right away.”

You also need an evaluation because even though TIA symptoms may wane, your risk of stroke is greatest in the early period after a TIA — within 48 hours to 10 days or so, Dr. Khawaja says. Also, some evidence suggests that having a TIA increases your risk of acute coronary syndrome (ACS) — a term encompassing heart attack and unstable angina, chest pain caused by obstructed blood flow to the heart muscle.

“That’s why if someone has TIA-like symptoms, it’s very important to get evaluated. That way doctors can look at the brain, look at the heart, look at the neck, check a patient’s blood. Then they can put the patient on medications to reduce his risk of having an actual stroke or a recurrent TIA,” Dr. Khawaja adds.

Those medications include aspirin and/or another antiplatelet drug, like clopidogrel (Plavix®). In a recent study, researchers found that adding clopidogrel to aspirin was more effective than aspirin alone at reducing the risk of subsequent stroke, heart attack, or other ischemic cardiovascular events in the first 90 days after a TIA or minor stroke. However, the combination therapy was associated with a higher risk of major bleeding, although many of those instances were not fatal and did not happen in the brain.

A TIA is associated with an elevated risk of stroke and other cardiovascular problems not only for the next several days and weeks, but also over the long term, a recent study suggests. Researchers evaluated 3,847 people who had suffered a TIA or minor stroke and examined the rate of stroke, ACS, and death from cardiovascular causes over five years, with an emphasis on events occurring in the second through fifth years. They found that the risk of stroke was nearly double after five years compared to year one (9.5% versus 5.1%). The risk of the composite endpoint of stroke, ACS and cardiovascular death was more than twice as high in the fifth year versus the first, the study authors added.

Take steps to protect yourself against stroke

So, it’s vital that you work with your healthcare team to optimize your blood pressure, cholesterol, blood sugar, and your weight and, if applicable, quit smoking. In addition to antiplatelet therapy, your physician may prescribe a blood pressure medication, a cholesterol-lowering statin drug, and/or a blood-sugar-lowering medication to improve these risk factors if necessary. If the blood clot that caused your TIA was a result of atrial fibrillation (a common abnormal heart rhythm), your physician will prescribe an anticoagulant drug, such as warfarin (Coumadin®), apixaban (Eliquis®), dabigatran (Pradaxa®) or rivaroxaban (Xarelto®).

But you’ll have to do your part to prevent a stroke, as well. In addition to taking your medications as prescribed, follow your doctor’s lead in developing an exercise program tailored to your individual capabilities. Your goal should be getting at least 150 minutes of moderate-intensity exercise or 75 minutes of vigorous exercise a week. You’ll also need to adopt a heart- and brain-healthy eating pattern. This should focus on fruits, vegetables, whole grains, legumes, low-fat/fat-free dairy, and lean protein sources (like fish and skinless poultry). And you should minimizing your intake of saturated fats, added sugars and refined carbohydrates.

“If you are diagnosed with a TIA or stroke, it’s important to be very aggressive in managing your risk factors,” Dr. Khawaja says. “This is something that’s lifelong. It’s not just something that happens early after a TIA, but also after a year, two years, five years and so on. That means you need to continue to have follow-up with your doctors to ensure that all of your risk factors are well controlled. So, know what your risk factors are, and don’t minimize the importance of a healthy lifestyle.”

Causes of Stroke in Women and Why They Differ From Men

Can Stress Cause a Stroke?

How to Prevent a Second Stroke

Can These Foods Help Prevent Stroke?

Should I Drive a Stroke Patient to the Hospital or Not? 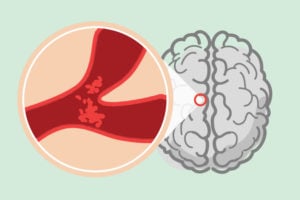 You shouldn’t write off a mini-stroke, or transient ischemic attack (TIA). Our neurologist explains why it’s a warning sign that needs your full attention.