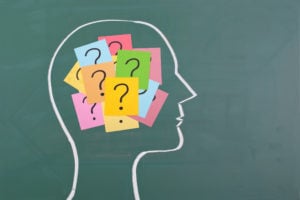 Just because you’ve been diagnosed with mild cognitive decline doesn’t mean you aren’t necessarily destined for dementia. Neuropsychologist Aaron Bonner-Jackson, PhD, explains how you can help preserve your thinking skills and functioning despite memory lapses. 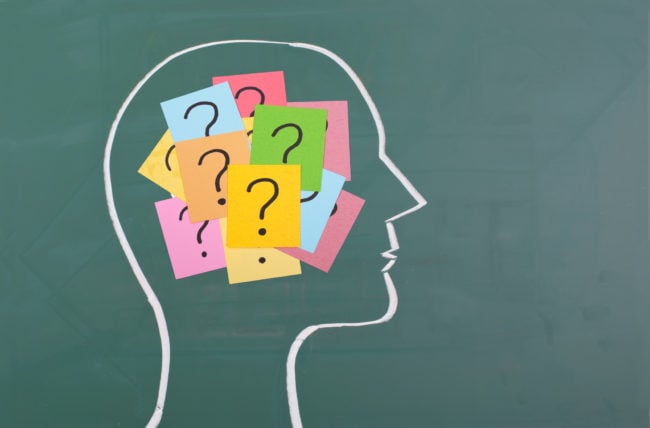 Everyone experiences memory slips from time to time. You might enter a room and forget why, or struggle to retrace your steps to figure out where you left your car keys.

These “senior moments” are natural with aging, as long as they don’t detract from your quality of life. If they do, you might have mild cognitive impairment, or MCI.

“We know there’s a normal degree of cognitive change associated with aging. MCI is above and beyond that,” explains Aaron Bonner-Jackson, PhD, a neuropsychologist with Cleveland Clinic’s Lou Ruvo Center for Brain Health. “It’s a bit of an ambiguous diagnosis because it indicates more change than normal but not to such a degree that it affects functioning.”

Having MCI increases your risk of more severe cognitive disorders, but it doesn’t necessarily put you on the path to dementia. In fact, new guidelines emphasize the need to sort out the cause of MCI, while recommending ways you might preserve your cognitive function.

What exactly is MCI anyways?

As a middle ground between normal age-related cognitive changes and dementia, MCI is a clinical diagnosis, meaning no tests can conclusively determine that you have it.

Usually, the disorder involves memory troubles, such as forgetting recent events. But, it also can manifest as problems coming up with words or difficulty following a conversation. You can develop problems with attention, concentration, or problem-solving. These cognitive changes are substantial enough that you and your loved ones may notice them, but not enough to cause severe impairments.

About one-quarter to one-third of people with MCI progress to some form of dementia, Dr. Bonner-Jackson explains, while a third will stabilize and experience no further decline in cognition. Importantly, the remaining one-third of people diagnosed with MCI will improve, mainly because a reversible factor is responsible for their cognitive problems, he adds. Among those factors: sleep apnea and other sleep disorders, mood disorders (such as anxiety and depression), deficiencies in vitamin B12 and other nutrients, and use of medications that cause cognitive side effects.

“That’s why it’s important to get a good neurological workup, including detailed cognitive testing,” Dr. Bonner-Jackson advises, noting that a baseline exam can be used as a comparison point to track future changes in your cognition. “That testing, in some cases, can sort out whether this is part of a normal aging process or whether there may be something going on.”

What are the warning signs of MCI?

You might have mild cognitive impairment if, on a consistent basis…

How to live your best with MCI

No medications have proven effective in patients with MCI, but other, non-pharmacological treatments may help you preserve your memory and thinking skills.

For instance, research suggests that diets rich in leafy green vegetables, such as spinach and romaine lettuce, may offer some protection against cognitive decline. Dr. Bonner-Jackson notes that heart-healthy diets — like the Mediterranean diet (rich in fruits, vegetables, whole grains, and healthful fats such as omega-3 fatty acids) — have been associated with slower cognitive decline.

In new guidelines, the American Academy of Neurology (AAN) recommends that MCI patients exercise at least twice a week, based on studies suggesting a potential benefit for cognition.

“In the past few years, the most consistent finding in terms of prevention and staving off cognitive change has been physical exercise, particularly aerobic exercise,” Dr. Bonner-Jackson emphasizes. “You’re probably going to use your money better by joining a gym than by paying for some expensive online computer-based system to improve your cognition.”

Rather than engaging in more focused cognitive training games, pursue other intellectually stimulating activities. “We recommend learning a new language or a new skill or learning to play an instrument, those types of skills where you’re actually learning something new that you can apply in your daily life,” he advises.

And, in addition to staying physically and cognitively active, remain socially engaged, he says. Social interaction challenges your brain by forcing you to interpret words, body language and other stimuli and then respond accordingly. “We know that people who remain socially connected and continue to go out and be active in that way tend to do better,” Dr. Bonner-Jackson says.

Last but not least, don’t panic

The uncertainty surrounding an MCI diagnosis can make you anxious, but it’s important not to panic or become depressed, Dr. Bonner-Jackson says. Along those lines, don’t become overly focused on your cognitive troubles or dwell on every memory gaffe you might experience. Rather, take advantage of compensatory aids to help you function better with MCI (see chart for tips).

“Don’t become so critical of yourself that you make yourself crazy,” Dr. Bonner-Jackson cautions. “There’s a normal number of slips that we expect people to have, so try not to make too much of every little error. The bottom line is to try to continue to do what you normally do, and you might just need a little more help.”

Instead compensate for memory lapses

“Structuring your life and routine in a way that takes some of the emphasis off of your having to remember things is really important,” Dr. Bonner-Jackson says. “Finding what works is half the battle of trying to compensate for memory changes.”

Why Improving Your Concentration Helps Your Memory

If You Have Sleep Apnea, Your Memory May Decline Earlier in Life