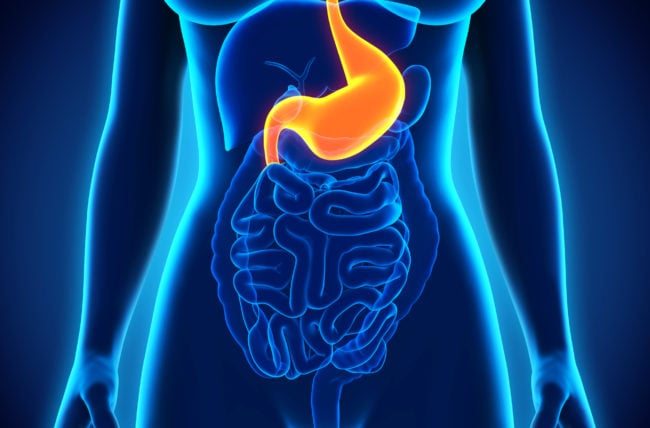 “Doc, I don’t have an eating disorder,” a young woman with a slight frame tells her gastroenterologist. “I have disordered eating.”

And in a growing number of teenage girls and women in their 20s, it’s true. They suffer from a mysterious stomach disorder called gastroparesis, in which the stomach can’t empty normally.

“Every time they eat, they get sick,” explains gastroenterologist Michael Cline, DO, of Cleveland Clinic’s Gastroparesis Clinic. “So they don’t want to eat.” The most common symptoms: nausea, vomiting, abdominal pain, feeling full, bloating. Who can blame them?

“When the stomach doesn’t do its job grinding up food, you don’t get nutrition out of it,” Dr. Cline explains. “And if food sits there too long, it typically comes back up through vomiting.”

A rapid increase in diagnosis

While it’s not yet known how many are affected or why, Dr. Cline says gastroparesis has surged in young women in the U.S. since 2014. The number of young women he treats with gastroparesis now doubles each year.

This has thrown those who treat gastroparesis a curveball. Up until that point, sufferers were evenly split between those with diabetes and idiopathic cases — meaning those with no known origin, he says.

“In these young women, it tends to be autoimmune-related,” Dr. Cline says. Many have thyroid disease, rheumatoid arthritis or lupus.

Why it’s a mystery that’s hard to crack

“We screen these girls’ and young women’s blood for autoimmune disease and find all kind of weird — and they really are weird — antibodies to the nerves and muscles,” Dr. Cline says. One of them is called GAD, or glutamic acid decarboxylase. It’s more common in type 1 diabetics. But in a nondiabetic, it’s significant.

Antibody testing? Check. But then come physical tests that check how someone’s GI tract is moving. Dr. Cline says one main problem in properly diagnosing gastroparesis is that an EGG test alone — that’s an electrogastrogram — isn’t enough to make sure whatever problem the patient has is really gastroparesis.

“There’s a lack of general motility (how things move along) testing,” Dr. Cline explains. “These patients get labeled with gastroparesis with just one test. But we need to look at the entire intestine too.”

There’s plenty of other motility disorders that can masquerade as gastroparesis. The most common? Slow transit colon — that’s constipation. And then there’s global dysmotility, where the entire gut doesn’t move. Or, rarely, it’s only the small intestine that doesn’t work.

“It’s best to take five steps backwards and say, ‘I’m not sure you have gastroparesis yet. You sure give me a lot of symptoms of it. But what if we test your intestine and something else is wrong?’” he says.

The average time from first experiencing symptoms until proper diagnosis? Over 2 years.

The best test to definitively diagnose gastroparesis uses a “smart” pill you swallow to collect data from your GI tract, Dr. Cline says.

But … help IS available

In teens and young women who “purely” have gastroparesis, the first treatment Dr. Cline recommends is intravenous immunoglobulin (IVIg). Given weekly through IV for 12 weeks, this medication has been shown to help reduce vomiting, nausea, abdominal pain and bloating.

It works by fighting those odd, autoimmune-related antibodies off the nerves and muscles. But, he says, it’s astronomically expensive and often has to be repeated.

Unfortunately, there aren’t a lot of good motility drugs available, Dr. Cline notes. Metoclopramide (Reglan®) and erythromycin are used, though sparingly as they’re not terribly effective.

An innovative POP procedure (that stands for per oral endoscopic pyloromyotomy) is one of the best new endoscopic approaches. It’s done under anesthesia through a scope that’s inserted through the mouth. And it has excellent results.

A look at how POP works

“We make a small cut in the lining of the stomach — over the top of the muscle that regulates how food gets out,” Dr. Cline says. “This allows food to actually empty.”

So how effective is it? Dr. Cline says Cleveland Clinic has a 70% success rate (a rate that’s so high since adequate testing is done to make sure patients truly have gastroparesis first). POP has largely replaced implantable gastric pacemakers for gastroparesis because it’s much less invasive, he adds.

“The pacemaker is a great idea in the right patient,” he says. “But the problem is, if doesn’t work, now you’ve got this device that’s screwed into the stomach. So we start with the least invasive approach.”

What if it’s really not gastroparesis?

“If the problem is the colon, we can typically get that moving with medication,” Dr. Cline says.”If it’s both the colon and stomach, we can use medication for the colon and POP for the stomach.” But if the stomach, small intestine and colon are all slow, other medications available through Food and Drug Administration compassionate use programs are the best option.

The bottom line? “There is help,” reassures Dr. Cline. “But we have to figure out what’s wrong. It’s a lot easier to hit the target in the daylight than it is in the dark.”

Is Your Marijuana Use Causing Your Vomiting Problems?

Could Your Child’s Stomach Pain Be Kidney Stones?

How To Stop Overeating on Weekends It’s not an eating disorder. It’s a stomach disorder called gastroparesis. And it’s preventing a growing number of teenage girls and young women from wanting to eat at all. Gastroenterologist Michael Cline, DO, explains.