Few children make it through childhood without a swollen knee or a sprained ankle along the way. But if your child has swelling and pain around joints that doesn’t seem to go away, it may point to juvenile arthritis.

You may think of arthritis as a disease that affects older people, but it actually occurs fairly often in children.

“Juvenile arthritis is not that uncommon. It just hasn’t gotten a lot of publicity,” says pediatric rheumatologist Angela Robinson, MD.

It affects about 1 in 1,000 children — more girls than boys. It’s not hereditary, but the exact cause is unknown.

“The definition of juvenile arthritis is a swollen joint for more than six weeks in a child less than 16 years of age without other explanation,” Dr. Robinson says.

What symptoms should parents look for?

You can’t always rely on children to clearly tell you they are in pain or having trouble walking. So parents need to watch for lingering physical ailments.

Juvenile arthritis can affect joints in any part of the body, but it strikes young children most commonly in knees and ankles.

Along with swelling, symptoms may include:

Diagnosis and treatment: What to expect

Most parents first consult a pediatrician or sports medicine doctor (for young athletes) for these symptoms, Dr. Robinson says. If your doctor suspects juvenile arthritis, they’ll will refer you to a pediatric rheumatologist.

“By the time most kids and parents get to me, they know something is up,” she says. “Juvenile arthritis is a diagnosis of exclusion.”

The doctor will take a complete medical history, including a physical exam and blood tests. They may use X-rays and other tests to rule out conditions like strep throat and celiac and Lyme diseases.

Treatment may start with nonsteroidal anti-inflammatory drugs (NSAIDs), either over-the-counter or prescription, to help ease joint pain and swelling.

Your doctor also may prescribe disease-modifying anti-rheumatic drugs (DMARDs) or biologic medications. Also used to treat cancer and other diseases, DMARDS can change or modify the actual disease process in arthritis, Dr. Robinson says. And biologic medications are injections or infusions of specially made proteins that neutralize inflammatory chemicals in the blood.

For more localized pain, a cortisone injection in the joint can offer relief lasting six months or longer.

Physical therapy and orthotics may also help children with growth or range-of-motion problems.

What diagnosis means now and later

Children with juvenile arthritis are dancers and soccer players, gymnasts and golfers. Your doctor may suggest suspending a certain activity until the pain and swelling subside, but it’s likely only temporary.

Some young children go into remission, then the disease may flare up during puberty. Slightly less than half will outgrow the disease — but doctors can’t predict who will and who won’t.

“Our goal is to have them act like normal kids, on or off meds,” Dr. Robinson says.

She advises parents to visit the Arthritis Foundation’s Kids Get Arthritis, Too website to find support groups, summer camps and other resources.

A shared medical appointment is a good way to meet other families dealing with the disease.

“What I tell parents is that, while there is no cure, there are lots of good medicines to treat juvenile arthritis and it is generally not life-threatening,” she says.

What To Do When a Tick Bites Your Child

What Causes Growing Pains in Your Child’s Arms or Legs?

6 Myths About Joint Pain and Arthritis

Can You Have Psoriatic Arthritis Without Psoriasis? 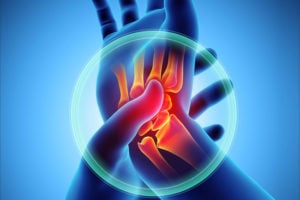 Physically active children have aches and pains. But if stiffness, swelling and other discomforts last more than six weeks, ask your doctor about juvenile arthritis.