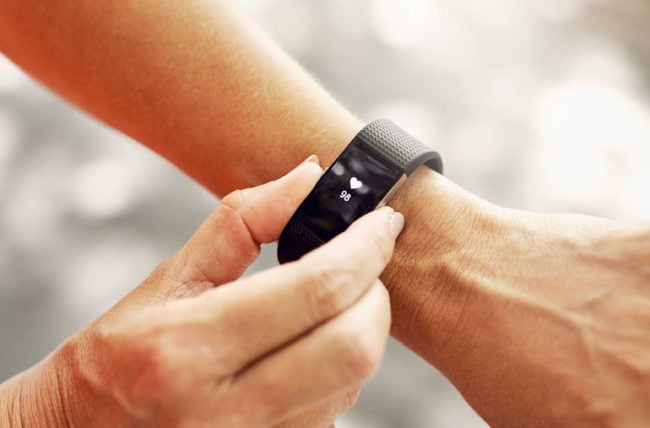 Does that fitness tracker or smart watch on your wrist measure you heart rate? Many do, in the name of helping you stay healthy.

While some wrist-worn monitors are more accurate than others, studies show they generally aren’t as accurate as chest-worn heart monitors, says Chairman of the Department of Thoracic and Cardiovascular Surgery Marc Gillinov, MD, who has studied the accuracy of these devices.

How these devices work

Chest-worn heart rate monitors are used by serious runners, distance cyclists and other elite athletes. They work in a similar way to an electrocardiogram (EKG), which your physician uses for diagnostic purposes. Both devices detect and measure the electrical signal that the heart transmits when it beats.

When you get an EKG, electrodes are attached to your skin and the EKG device, which records your heart’s electrical activity. A computer draws a picture on graph paper from information supplied by the electrodes.

Similarly, a chest-worn heart monitor consists of two parts ⁠— a transmitter attached to a belt worn around the chest, and a receiver worn on the wrist like a watch. The transmitter picks up the electric signal and then sends an electromagnetic signal containing heart rate data to the wrist receiver, which displays the heart rate.

The fitness tracker heart rate monitors, on the other hand, use optical sensors to detect the blood coursing through your veins. They have some recognized drawbacks.

For example, because they’re on your wrist, optical heart rate sensors read your blood flow when it’s farther from your heart. Their accuracy also can be reduced by light hitting the sensor as you move your arm or flex your wrist.

In one 2017 study, Dr. Gillinov and his fellow researchers recruited 50 healthy adults and randomly assigned each of them to wear two of four wrist-worn fitness devices with heart rate monitors (one on each wrist) while walking or running on a  treadmill. All the participants also wore standard EKG electrodes and a chest-worn monitor.

The researchers found that the most accurate readings ⁠— as measured against the EKG ⁠— were from the chest-worn monitor, Dr. Gillinov says. Other studies have also found that fitness devices slightly underestimate heart rate, and that their accuracy diminishes during exercise.

The value of fitness trackers

Wrist-worn monitors are fine for recreational use, Dr. Gillinov says. But they probably won’t be replacing EKGs in the medical setting any time soon.

Heart patients who want to make sure they’re staying within safe, physician-recommended heart rate thresholds during rehabilitation and exercise would be better off using a chest-worn monitor for the most precise information, Dr. Gillinov says.

“The wrist-worn fitness devices that include heart rate monitors are incredibly popular, but if you really want to know your heart rate, wear the chest strap heart monitor because that senses electricity,” he says.

If you do still want to use a fitness tracker, Dr. Gillinov advises taking several measurements to get the most accurate reading.

“Don’t make too much of a single reading, or even two readings,” he says. “Do several readings because you can’t count on these devices to be accurate every time.”

How a Heart Rate Monitor Can Be Beneficial to Your Workouts

How to Get the Best Cardiovascular Workout on a Treadmill

Are Standing Desks Better for You? 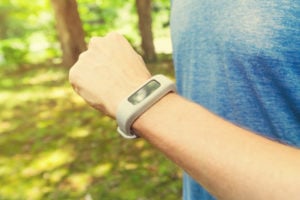 A cardiologist explains what research shows about the accuracy of wrist-worn heart monitors.