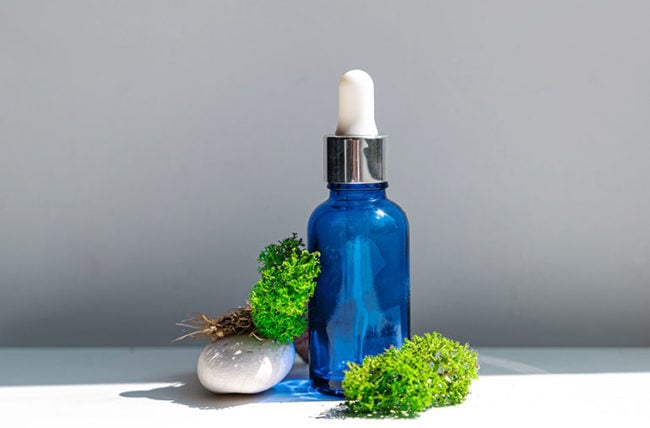 A famous animated crab once sang, “The seaweed is always greener in somebody else’s lake.” But you don’t have to be a musically gifted crustacean to reap the benefits of sea moss — which offers a bevy of potential health benefits.

Sea moss is a type of red algae also known as Irish moss (or Chondrus crispus, if you want to get formal about it). It’s harvested for its carrageenan, an ingredient used to thicken milk products like ice cream, but it’s also available raw and in supplement form — think pills, powders, gels and gummies.

Registered dietitian Beth Czerwony, RD, weighs in on sea moss’s benefits and side effects, so you can decide whether this spiny sea vegetable deserves a place in your diet.

First things first: “There seem to be quite a few health benefits of sea moss, but they aren’t heavily studied,” Czerwony warns, “and sea moss supplements are not approved by the U.S. Food and Drug Administration.”

There’s plenty of research data on the health benefits of seaweed, sea moss’s cousin — just not on sea moss specifically. Still, it’s considered generally safe for consumption, and the benefits align with those of other seaweeds.

Seaweed is a bit of a superfood. It has a higher fiber content than most vegetables — which is a good thing, as fiber has all kinds of positive effects on the body. It can improve blood sugar control, help lower your cholesterol and reduce your risk of chronic diseases like diabetes and heart disease.

“Studies show that sea moss may help lower bad cholesterol, which is one of the factors for heart disease,” Czerwony says. It has also been shown to help lower blood pressure, another key factor in heart health.

It may promote weight loss

Remember how much fiber seaweed has? High-fiber foods are filling foods, which means they may keep you from overeating. “Fiber keeps us fuller longer, which may help with weight control,” Czerwony says.

It’s a good source of iodine

Iodine is one of the keys to a healthy thyroid, but because your body doesn’t make iodine on its own, you can only get it through diet. (Most people, however, get enough iodine from dairy products, seafood and iodized salt.)

Your digestive system is full of bacteria, some good and some bad. And because gut health is associated with overall health, balancing out those bacteria is an important element of your wellness. Algae, including sea moss, is a good source of fiber and live bacteria. “It can help replenish the good bacteria in our gut,” Czerwony says.

It may boost your immunity

One study showed Atlantic salmon that ate sea moss to have a more efficient immune response than salmon that didn’t. Of course, fish and people have very different bodies, and no similar studies have yet proven the same effect on humans.

Still, a healthy gut is associated with a healthy immune system. And sea moss is also high in iron and antioxidants, which both contribute to immune health.

It can build muscle and aid in workout recovery

Sea moss is rich in an amino acid called taurine, which helps with muscle-building. “When we exercise, we get little micro-tears in our muscles,” Czerwony explains, “but amino acids can help with that recovery.”

Sea moss is mostly thought to be healthy, though it contains inconsistent amounts of both good nutrients and some less healthy stuff (which we’ll get to in a moment).

“Sea moss is a product of its environment, so its nutritional value depends largely on where it’s grown,” Czerwony says. “Unfortunately, there’s no real way to know exactly what’s in it or how much, and one batch may have higher potency than the next one.”

You could consume too much iodine

Too much of a good thing becomes a bad thing, as is the case with iodine. In fact, endocrinologists advise against taking iodine supplements unless specifically indicated by your doctor, as they may actually have a negative effect on your thyroid.

Yikes! Seaweed is known to absorb heavy metals from the water in which it grows. It’s not toxic in small amounts, but you definitely don’t want to overdo it on seaweed consumption.

It has an unpleasant taste and texture

Not of risk but still of note is sea moss’s slimy texture and fishy taste.

Raw sea moss has an earthy, underwater taste similar to clams and oysters. “If you don’t like seafood, the flavor of raw sea moss is probably not going to be for you,” Czerwony says. Luckily, though, it shouldn’t have much of a taste in supplement form.

Taste aside, you may also be put off by sea moss’s mouthfeel: In gel form, it has a slick, thick texture similar to aloe vera. If it bothers you, try switching to a different type of supplement.

Should you take sea moss supplements?

One study found that 4 grams of sea moss per day is typically safe — but you should still check with your healthcare provider before taking it, especially if you already have hyperthyroidism or hypothyroidism.

It’s available the raw, as well as in a variety of supplement forms, including:

Which version you take is up to you. “It’s really about whatever your preference is,” Czerwony says, “so long as you’re following proper dosing instructions.”

But whether you’re just taking sea moss supplements or loading up on other types, too, it’s worth remembering that you can’t out-supplement a bad diet.

“Sea moss does have potential health benefits, but having a good, varied diet is going to be the most helpful to your body,” Czerwony says. “Don’t depend on supplements.”

Can Cherries Help You Get a Better Night’s Sleep?

The Best Vitamins and Supplements for Hair Growth 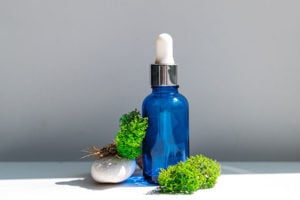 You don’t have to be a deep-sea diver to reap the benefits of sea moss, which are thought to include increased heart health and a more balanced gut. A dietitian weighs in on what sea moss can do so you can decide whether this spiny sea vegetable deserves a place in your diet.