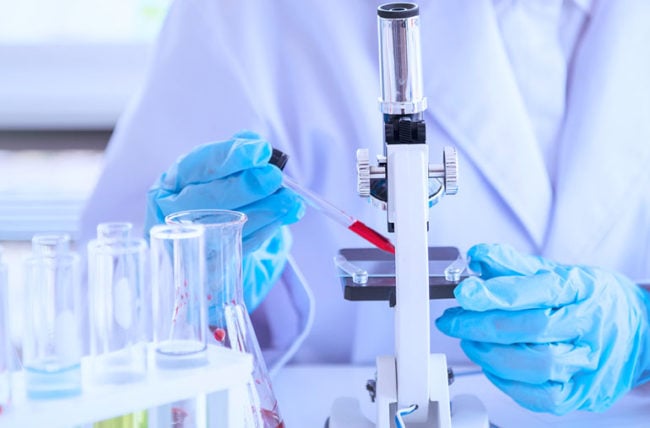 With the current novel coronavirus (COVID-19) pandemic ongoing, there have been many headlines about the rollout of antibody tests, claiming to detect the presence of antibodies in patients who have been hit by the virus.

Such information could be key in terms of research and virus behavior, including immunity to the virus. But early tests have revealed a number of problems, including a false positive rate of up to 50%. The bottom line is that there’s still too much we don’t know about this new novel coronavirus.

Kamran Kadkhoda, Ph.D., D(ABMM), D(ABMLI), wrote about issues with these tests in an article for the Cleveland Clinic Journal of Medicine, including how previous exposure to more prevalent common coronaviruses could create false positive readings when tested for the new novel coronavirus.

We talked with Dr. Kadkhoda to sort through what we know about these antibody tests, what we don’t know, and if you should consider getting one.

An ongoing obstacle for battling the coronavirus that causes COVID-19 (also designated SARS-CoV-2) is that it’s so new, there’s just not much information available. Not only are there large gaps in what we know, but some of that information is changing as more testing and research is completed.

As a result, there’s still no determination of what would constitute a proper correlate of protection for the new virus, measuring if a person is immune to a virus via the amount of antibodies they have or other pieces that may protect a person against becoming infected.

“That correlate of protection isn’t established for COVID-19 yet,” Dr. Kadkhoda says, “meaning we don’t know the immune response that confers immunity to infection with SARS-CoV-2. So we don’t know if the antibody we’re measuring provides such information. This will only be known through prospective vaccine trials.”

And if you increase the level of detection in the assays, the method by which researchers measure the presence of a specific entity (in this case antibodies), you wind up losing specificity of the entity you’re looking for. In other words, Dr. Kadkhoda says, “You’re picking up junk, not the specific antibody you’re looking for. You’re getting the chaff instead of wheat.”

Does having COVID-19 give you immunity?

That inability to properly measure antibodies plays into one of the biggest questions surrounding coronavirus and antibody testing: whether or not a person can become immune to the virus once they’ve already had it.

The short answer right now is we simply don’t know. But there are some indications that, according to Dr. Kadkhoda, you would not be immune long-term after having the virus.

He points out that patients with SARS (Severe Acute Respiratory Syndrome), a sister coronavirus to the one that causes COVID-19, developed antibodies even while they were still sick and shedding the virus. This is also the case with SARS-CoV-2 and, in fact, severe and critical cases show higher level antibodies which questions the role they play, if any.

“The mere presence of antibodies doesn’t necessarily mean individuals have cleared the virus,” he adds, noting that HIV patients often have high levels of antibodies even though they’re still infected with that virus.

Another issue Dr. Kadkhoda outlines has to do with other common coronaviruses, specifically the ones identified as 229E, OC43, NL63 and HKU1. He notes that people in a community may become ill from these coronaviruses every season and even sometimes multiple times during a season, meaning any immunity you have from them is short-lived.

“Even though we can’t generalize with SARS-CoV-2 as there’s still much to learn with, it wouldn’t be unusual to see it fall under the same umbrella, generating a short-lived immunity,” he says. “That means that even with a good vaccine, we may have to get vaccinated every year as with the flu.”

That’s not to say we won’t ever know, he adds. “At this point we don’t know about immunity. I’m not saying there’s no hope, but at this point because we don’t know, we can’t really start routinely offering tests because they may generate a false sense of security or, even worse, unduly change infection control, public health and employment decisions leading to possible disastrous consequences.”

What about false positives?

All of these are also reasons why anyone who takes an antibody test has to be skeptical of a false positive (and even a false negative) result. Dr. Kadkhoda notes in his paper that over 90% of adult Americans have present antibodies for the four aforementioned common coronaviruses.

Another factor that could affect the test, says Dr. Kadkhoda, is the amount of antibodies produced in mild cases. “It’s been shown repeatedly that even in mild cases, the patients have lower antibodies,” he says. “And some of them don’t even generate antibodies so you think you never had it.”

“You may also get a negative result because you’re infected but those antibodies haven’t formed yet in which case you’re still shedding the virus,” he says. “Or you may eventually develop antibodies but you might be testing yourself several weeks after the antibodies fall below the rate at which the test detects them.”

He also says that false positive tests can be generated in patients over the age of 50 because of the presence of elevated antinuclear antibody titers which can be a product of having autoimmune diseases such as lupus or rheumatoid arthritis.

Other viruses, ranging from the herpes virus to dengue virus, have triggered false positives. Even the flu and a flu vaccine had enough overlap with COVID-19 to create a false positive.

The consequence, he says, is, again, that false sense of security coming from people believing they’ve already had COVID-19 and won’t be able to get it again. “They think they can’t get infected again but they go out and get a real infection or give it to others.”

There have been efforts to collect convalescent plasma from patients who had coronavirus but have since recovered. The belief is that the antibodies the patient has built up in response to having coronavirus can be passed to a current coronavirus patient via transfusion, giving that new patient the necessary antibodies to battle the infection.

Like many other aspects of coronavirus treatment, though, it’s still unknown if this treatment works. Dr. Kadkhoda points to a study out of China that found plasma treatment didn’t significantly improve recovery time for patients. (It should be noted that study was terminated early because the containment of the virus in China at the time resulted in not enough new cases for the study to continue.)

Should you get an antibody test?

With the rise of antibody tests has come more curiosity from people wondering if perhaps they had the virus and were simply asymptomatic. A simple antibody test, the thinking goes, would tell them whether or not they were positive in the recent past.

But there’s little point in taking an antibody test as without more information — exactly when you contracted the virus, for instance — there’s little to be gained.

Additionally, as already noted, the idea of immunity if you’ve had it is very much in question. And the rate of false positives is high enough to cast serious doubts on any result you would get, seemingly making the result moot. “It doesn’t tell us anything,” Dr. Kadkhoda points out. “Either way, positive or negative, that result would be difficult to interpret.”

There’s one more consequence of a rush to have antibody testing, too, that Dr. Kadkhoda is concerned about. “Too many labs using equipment for these antibody tests might create a shortage of products that are needed for blood testing for other reasons, meaning other patients could suffer.”

5 Things You Need to Know About Lupus

Important Things To Know After a Hepatitis C Diagnosis

What To Know About Vaginal Strep If You’re Pregnant 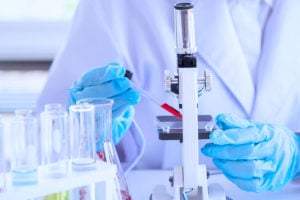 What We Do and Don’t Know About Coronavirus Antibody Tests

Even as researchers continue to explore the new coronavirus that causes COVID-19, many unknowns remain to be answered, especially when it comes to antibodies.