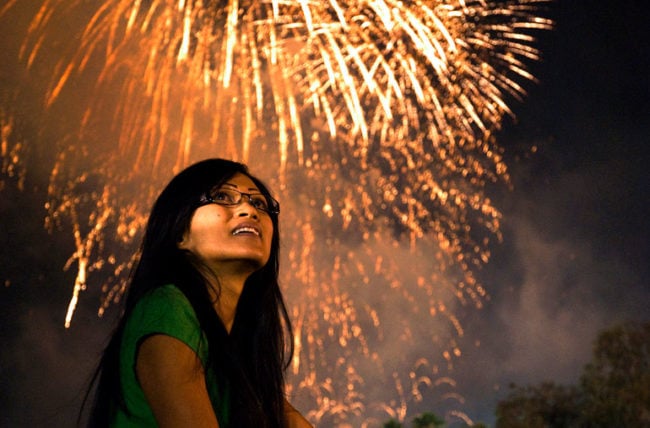 The Fourth of July brings colorful fireworks that symbolize bombs bursting in air to remind us of those who valiantly fought for our freedom and independence. While they’re beautiful, those fireworks can cause a lot of pain if not handled safely.

According to the Consumer Product Safety Commission (CPSC), there were 9,100 emergency room visits for firework-related injuries in 2018. And surprisingly, children between the ages of 10 to 14 accounted for the highest rate of those emergency department, fireworks-related visits.

“Things we typically see in the emergency department involve injuries to fingers, hands and eyes,” he says. This is consistent with CPSC’s findings which reported 28% of injuries to the hands and fingers and 24% to the legs.

Researchers with CPSC found that people got hurt most often playing with lit fireworks or because they ignited fireworks while holding them. They also experienced injuries when firework devices malfunctioned or didn’t work as expected.

Don’t give sparklers or bottle rockets to young kids

Many Independence Day injuries also happen because young children handle fireworks that people think are less powerful, such as sparklers and bottle rockets.

Parents, beware. You might not realize that sparklers burn at temperatures of about 2,000 degrees Fahrenheit, which is hot enough to melt some metals. In 2018, sparklers and bottle rockets combined caused an estimated 700 emergency department-treated injuries according to CPSC.

Those who were hurt most often were children between the ages of 10 and 14. So if you’re going to put on a home fireworks display, it’s best to keep the kids at a safe distance.

Only use legal, home-use fireworks

How can you tell if the fireworks are legal or for home use? Avoid buying fireworks that are packaged in brown paper, which is often a sign that they were made for professional displays and could pose a danger.

How to avoid the most common injuries

Avoid common injuries with these tips:

What to do if someone gets hurt

If someone you know is hurt lighting fireworks, you can start first aid before getting to the ER, Dr. Waters says.

“If it’s a burn injury, you want to cool the burn right away and get a clean, dry dressing on it,” he explains. “If it’s an injury from something exploding, you want to hold pressure on it to control the bleeding and get to the emergency department as fast as possible.”

Taking precautions will help you enjoy this summer holiday while staying safe.​

How To Keep Your Kids Safe This Summer

How Long Should You Keep Your Child Rear-Facing in a Car Seat?

How To Stay Safe While Sledding

How to Stop Bleeding in Small and Deep Cuts

Staying Safe When Decorating for Christmas

Bonfire Tips for You and Your Kids Fireworks Safety: How You Can Prevent Injuries

While the Fourth of July can be a time of fun, it can also be a time for increased emergency room visits. Find out how to handle those fireworks safely this holiday season.