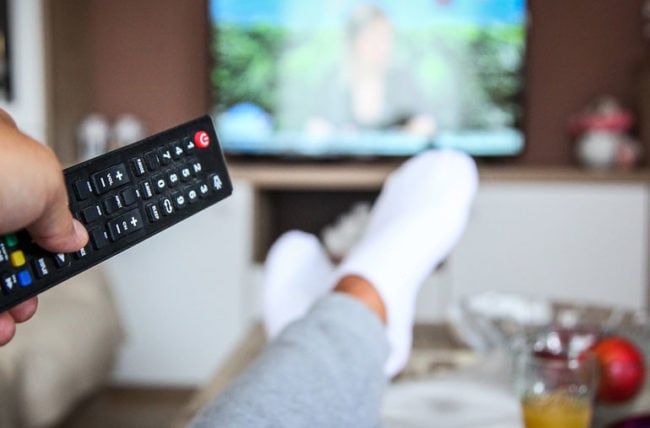 “Just one episode — I swear!” You had such good intentions, but now it’s well after midnight, and you’ve watched an entire season of “The Great British Baking Show” without so much as a bathroom break.

We’re here to say your three favorite words: Don’t feel guilty. A TV marathon is not necessarily a bad thing. After all, getting lost in a favorite series can be a great distraction from the stresses of your day.

“We all have little guilty pleasures here and there,” says psychologist Scott Bea, PsyD.

He adds, however, that taken to extremes, “Binge-watching can become a replacement for living our real lives and engaging in activities that matter to us.”

Yikes. So how can you indulge your love of “Stranger Things” without missing out on real life? These seven strategies will help you keep your viewing habits in check.

Streaming entertainment is engineered to suck you in, with one episode blending seamlessly into the next.

“Binge-watching doses the brain with pleasurable chemicals. It feels good, and it’s hard to pull yourself away — so have a plan before you start,” Dr. Bea says. “Decide how many episodes you’ll watch and what time you’ll stop, no matter what the cliffhanger is.”

Need help sticking to the plan? Set a timer to turn the TV off at the chosen time, or ask a friend to text you to remind you to step away.

Social connections are good for mental health. But watching too much TV can be isolating, preventing you from interacting with friends and family.

One workaround: Watch with other people. “Then the show becomes a topic of conversation and connection — a shared experience,” Dr. Bea says.

When we’re staring at a screen, our brains run on autopilot, Dr. Bea explains. Press the pause button now and then to check in with your body and brain. Stretch, get a glass of water and take that bathroom break.

Then think about whether the show is still holding your interest. After a short break, you might decide you really do want to watch another episode. But this way you’ll have made a conscious decision about your plan.

If you’re going to watch, give it your full attention. If you’re dozing off or scrolling through social media while half-watching the show, it’s a sign that it isn’t really worth your time, Dr. Bea says. Consider whether there’s something more satisfying you could be doing instead.

It’s tempting to stay up late to finish the last season of “Catastrophe.”

“In the wee hours, the texts stop, emails from work stop and you’re free to delight your brain with entertainment,” Dr. Bea points out.

But TV isn’t just tempting — it’s also energizing. The mental stimulation from the show combined with the blue light from the screen makes it hard to fall asleep once you finally get to bed.

And shortchanging your sleep can have serious consequences for your physical and mental health. To protect your shut-eye, turn off the TV early enough so you can wind down (screenlessly) before bed.

TV and exercise can make excellent partners. So you might decide you’ll watch only while walking on a treadmill or lifting light weights.

Or maybe you’ll vow to steer clear of the chips and instead snack on fruits and veggies as long as the television is on. Whatever you decide, make a plan and stick to it.

Take a truthful look at your TV habits. Are you tossing and turning all night after back-to-back episodes of “The Handmaid’s Tale?” Maybe something a little less dystopian would be a better choice.

Although for some people, it’s not the content that’s the problem, but the habit itself. Are you using TV to avoid things you should be doing? Do you often look back and feel like you wasted your night? “If you feel regret after binge-watching, it suggests you did it in place of something important to you,” Dr. Bea says.

So cozying up for an occasional television marathon isn’t the worst thing, he sums up. But as with most things, moderation is the magic word.

“Entertainment can add to your life,” he says, “but you have to approach it with caution.”

Is It Bad for You to Binge-Watch TV Shows?

Coping With COVID-19: 6 Tips to Protect Your Mental Health When You’re Sick 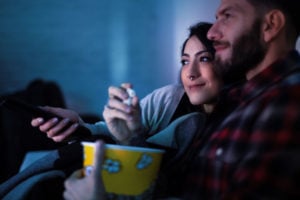 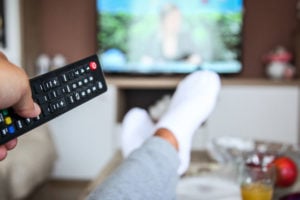 7 Ways to Binge-Watch TV Without Harming Your Health

Thanks to streaming services, it’s easy to binge-watch an entire season of your favorite show without coming up for air. These 7 tips will help you indulge without harming your health — or missing out on real life.