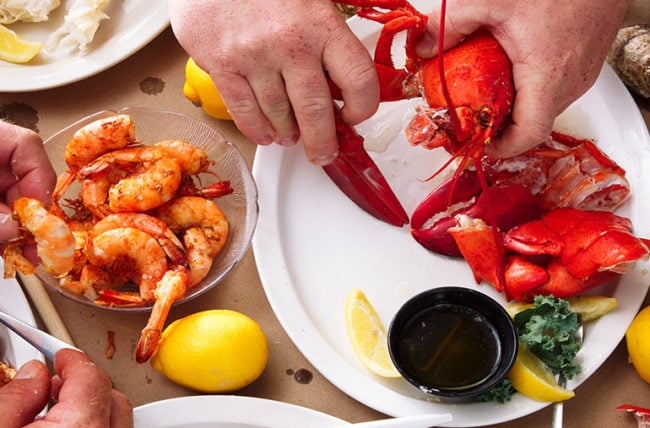 You worry about introducing peanuts to your baby for the first time, for fear that they might have an allergic reaction. But did you know that adults can develop food allergies, too — and seemingly out of the blue?

More than 10% of U.S. adults have allergic reactions to one or more foods, according to a new study that involved survey results from more than 40,000 people. And about half of those allergies developed during adulthood.

Experts have long known that food allergies are a problem for many adults, but just how common they are hasn’t been well studied, says allergist Alice Hoyt, MD, who was not involved in the research. Much of the previous research in this area has focused on children.

Food allergies that are not developed during adulthood are carried over from childhood. Only one in five kids with a peanut allergy outgrows it, for example. On the other hand, about 80% of kids with a milk or egg allergy – the most common ones seen in children – outgrow them, Dr. Hoyt says.

The most common food allergies in adults, as reported in the study, are:

The great mix-up: Intolerance or allergy?

While 1 in 10 adults seems to have a food allergy, nearly twice as many think they have one, according to the study.

It’s common for people to mistake an intolerance for an allergy, Dr. Hoyt says. But that’s an important distinction to make.

“A food allergy is an immunologic response to a food in which the food is actually triggering a type of allergy cell to release chemicals that cause hives, swelling, trouble breathing, vomiting and a decrease in blood pressure that could possibly result in death,” she explains.

An intolerance, on the other hand, causes less severe symptoms that tend to affect the digestive system, like gas, upset stomach or diarrhea.

A proper diagnosis can ensure that someone who does have a food allergy is prepared if they are exposed to the food they’re allergic to.

How to get tested for food allergies

The best way to know for sure whether your reaction to a certain food is a food allergy is to see an allergist, Dr. Hoyt says. They can talk through your history of reactions and run a skin or blood test to look for the specific antibodies that allow an allergic response to occur in the body.

An allergist might also want to conduct a food challenge to confirm the presence of an allergy, or to tease out the specifics of the allergy.

“For example, do people with a tree nut allergy need to avoid all tree nuts? Typically not,” Dr. Hoyt points out. “We can work with those patients based on their history and test results to determine which tree nuts they really need to avoid and which ones are safe for them.”

While there are several at-home food allergy test kits on the market, Dr. Hoyt advises caution. These can be costly and inaccurate.

Seeking a proper diagnosis from a physician is also important in case you don’t actually have a food allergy but are avoiding certain foods that bother your stomach.

“It’s really important for those patients to let their physician know that they’re on an avoidance diet and why they’re on it,” Dr. Hoyt says. “They should also work with a registered dietitian to ensure that they’re getting the vitamins and minerals that they need.”

Food Allergy Tests for Kids: What You Need To Know

What Are Signs That My Child Has a Food Allergy?

Adult Food Allergies Are More Common Than You Might Think

New research suggests that adult-onset food allergies are more common than previously though. Here’s how common they are, and what the top five adult food allergens are.