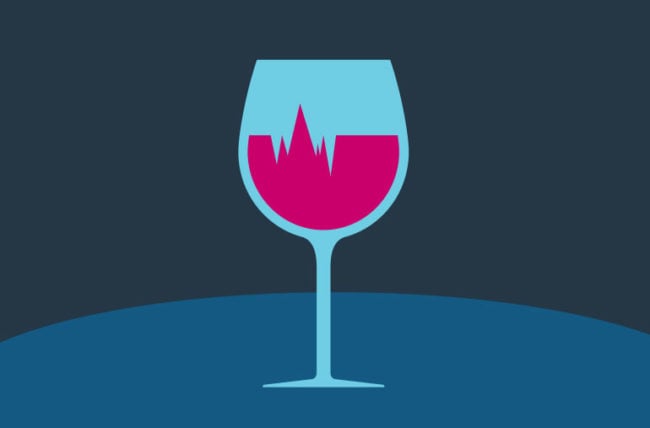 You know that drinking too much alcohol is bad. But even drinking in moderation can be hard on your body — including your heart.

Some research suggests that having as little as one to three alcoholic drinks each day may increase your risk for atrial fibrillation, the most common type of irregular heart rhythm. Afib causes symptoms including lack of energy, dizziness, shortness of breath, heart palpitations and chest pain, and if left untreated can lead to serious complications.

The link between alcohol and Afib is worth noting for people with and without the condition, says cardiologist Bruce Wilkoff, MD.

People who have Afib have long been told to avoid alcohol because it’s known to worsen symptoms. Past research has also linked heavy drinking with a greater chance that someone who doesn’t have Afib will develop it. (The term “holiday heart syndrome” was coined to describe the experience of having heart flutters while binge drinking.)

It’s not just heavy drinking that can affect the heart

In one recent study, researchers at the Karolinska Institute in Sweden followed more than 79,000 men and women between the ages of 45 and 83. After 12 years, the researchers looked closely at the effects different types of alcohol had on these people.

They found an increased risk for atrial fibrillation in people who drank one to three glasses of wine and liquor per day. They did not find such a relationship with drinking beer.

They also calculated that a person’s risk for developing Afib increased 8% with each additional alcoholic drink per day they consumed.

In another recent study, researchers found that people who drank moderate amounts of alcohol frequently had a greater risk of Afib than those who occasionally drank a lot of alcohol in one sitting, or binge drank.

Dr. Wilkoff says more studies are needed in this area.

While a lot of research has been done already exploring the impacts of alcohol on the heart, the findings have painted a complex picture. For example, despite the findings about moderate drinking and Afib risk, many studies have found lower rates of cardiovascular disease among people who drink moderately. Yet daily drinking that becomes excessive can increase your risk for high blood pressure, stroke and, importantly, obesity, which also increases your risk for Afib.

As a general rule, the American Heart Association recommends a maximum of one drink per day for women and two for men for people who do not have Afib.

“Alcohol in moderation — meaning not every day and in small amounts – is probably OK,” Dr. Wilkoff says.  “But if you notice Afib symptoms, stop. Not drinking may potentially stop the Afib and prevent any long-term damage.”

Red Wine vs. Dark Chocolate: Which Is Healthier?

How Alcohol Affects Your Heart 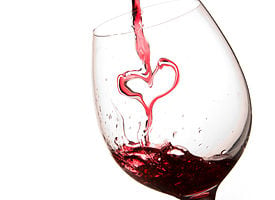 Alcohol May Cause You to Develop Irregular Heartbeats

Research suggests that having as little as one to three alcoholic drinks each day may increase your risk for atrial fibrillation, the most common type of irregular heart rhythm.