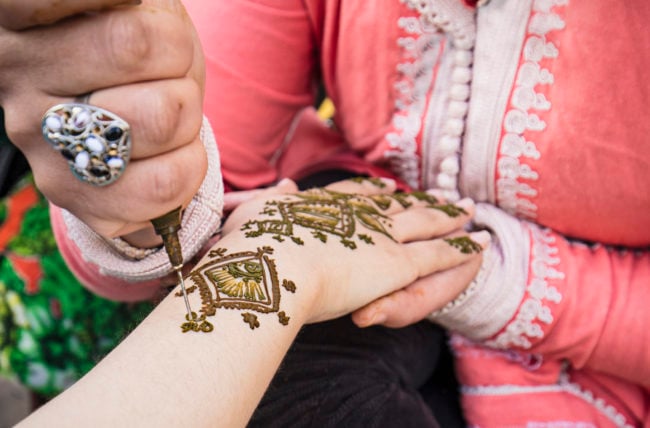 For those who don’t want a permanent tattoo, there’s another option: temporary henna tattoos. It sounds like the perfect idea, especially if you don’t want to worry about tattoo regret or taking the time to figure out what you want on your skin for the rest of your life.

Yet even with temporary tattoos, you need to be sure of what you’re getting into. Dermatologist Christine Poblete-Lopez, MD, shares a few tips on what you need to know when getting henna tattoos done and what to stay away from.

Henna has been used by different cultures for centuries and is usually brown or orange-brown in color. It’s made from grinding dried henna leaves and then working it into a paste.

These temporary, safe tattoos usually last about two weeks until they begin to fade. Artists use temporary henna tattoos to create beautiful artwork on the skin to symbolize anything from wedding celebrations to the birth of a baby.

Natural henna takes a few hours to be absorbed into the skin and causes few allergic reactions, according to one study. While traditional henna is considered safe to use in temporary tattoos, watch out for black henna ink.

When other ingredients, such as p-phenylenediamine (PPD) are added to it, the result is marketed as “black henna”, which is often used in the tattoos to help make them darker and longer-lasting.

The Food and Drug Administration warns the ink in some temporary tattoos can cause serious allergic reactions. The FDA says people are reporting these bad reactions after they received temporary tattoos that contain black henna ink.

Some of these reactions may cause serious effects that can outlast the tattoo itself:

“Henna tattoos by themselves aren’t necessarily the problem,” says Dr. Poblete-Lopez. “It’s when they add other components to make them darker or react more quickly, that poses the problem.”

PPD can cause permanent scarring

P-phenylenediamine (PPD), is a common allergen found in hair dyes. PPD can cause dangerous skin reactions in some people, such as those mentioned above, like permanent scarring, and can even cause death. By law, PPD isn’t allowed in cosmetics that are intended to be applied to your skin, according to the FDA.

If you do get a temporary tattoo

If you’re set on getting a temporary tattoo, make sure to do your research as thoroughly as possible. This means asking what kind of ink is being used by the artist and steering clear of black henna. If the henna mixture smells like chemicals or gas, turn around and walk out. These ingredients can be used to make black henna and should be avoided at all costs.

“If you do get an allergic reaction, see a healthcare professional as soon as possible,” says Dr. Poblete-Lopez. “You’ll typically be treated with a topical steroid and you may be asked to report the problem to the FDA.”​​​

The Pros and Cons of Permanent Makeup

Simple Steps to Prevent (and Treat) Bee and Wasp Stings

What To Expect When You Get a Tattoo

What Is Face Tape and Does It Work? 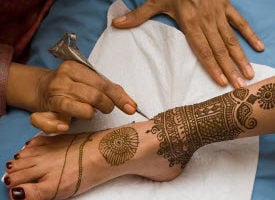 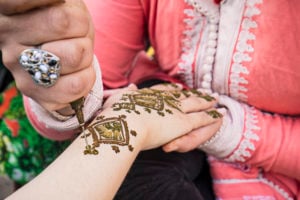 Understand what’s in black henna ink and why the FDA warns some people can get a serious allergic reaction.