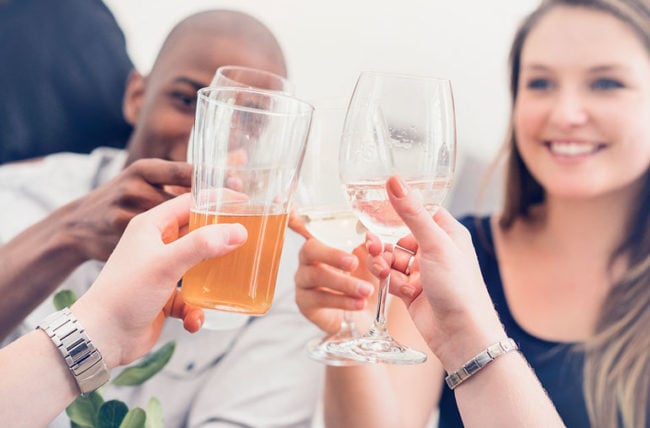 In the never-ending quest for better health, many people are adding “sobriety” to their repertoire — giving up alcohol entirely, whether or not they have an addiction problem. They call it “sober curious” and tout the health benefits of their new way of life.

“Being sober curious is a new variation on an old theme,” says chemical dependency counselor Rudy Kump. “Decades ago, brewers created nonalcoholic beers to cater to people who sought a healthier lifestyle. The idea of cutting out alcohol in the name of good health is having a resurgence.”

Sober living is the comeback kid that’s good for your health.

The effects of alcohol on the body

Avoiding alcohol as part of a healthy lifestyle is a good thing. The sober curious movement is helping people become aware of the consequences of what they put in their bodies.

And there are many health consequences of alcohol consumption, including:

Dehydration. Alcohol is an astringent. It works by dehydration. When it comes into contact with a living cell, everything inside the cell has a tendency to exit the cell. That’s why it’s effective for injections in a hospital; it dehydrates and kills germs creating a sterile injection site.

Alcohol is also a diuretic, meaning it causes your body to eliminate fluids from the stomach and digestive track. It also decreases a hormone that causes the body to retain water, leaving you dehydrated.

Alcohol depresses the central nervous system, so it can make you feel lethargic. It slows respiration and lowers heart rate and blood pressure. Once ingested, the liver goes to work metabolizing the alcohol from the body. As a result of this withdrawal, bodily processes that were slowed down, speed up, which can then cause agitation and decrease your ability to achieve deep sleep.

Increased cancer risk. “Anyone who drinks over a long period of time is at higher risk of developing cancers due to the caustic nature of alcohol — from point of entry to point of exit,” Kump says. “Rates of throat, esophagus, stomach and colon cancer are higher for people who are long-term drinkers of alcohol.”

Cancer risk increases when the body breaks alcohol down to a chemical that not only damages DNA but prevents the body from repairing the damage. Out-of-control cell growth can result, causing a cancerous tumor.

Should you quit drinking alcohol?

“The lines blur between chronic and occasional alcohol use. Many people are curious about whether their drinking is considered social, normal, problematic or abusive,” Kump says. “The truth is, anyone who drinks is at risk of developing alcoholism.”

Among social drinkers, 1 in 10 will develop alcoholism. The odds increase to 5 in 10 for people who have a parent or grandparent with alcoholism.

The definition of alcoholism is being unable to stop drinking despite negative consequences. That could mean consuming one drink a night or one drink a week. If someone’s reaction to missing a drink is to become agitated, depressed or frustrated, it could indicate the onset of a drinking problem.

“I hope the sober curious trend continues and helps people live healthier lives, maybe even prevent alcoholism in people who are at risk,” Kump says. “At a minimum, sober living has the potential to elevate healthy habits and improve well-being.”

Can Coffee Help Cure a Hangover?

Can Changing Your Diet Help Treat Your Psoriasis?

What’s the Difference Between Addiction and Dependence? Actually, the Term That Matters Most Is ‘Treatment’

How Alcohol Affects Your Kidney Health

How Alcohol Affects Your Heart Are You Thinking About Becoming Sober Curious?

Becoming sober curious is the latest wellness trend, introducing people to sobriety in the name of health. The benefits of sober living include better sleep, weight loss and reduced cancer risk.