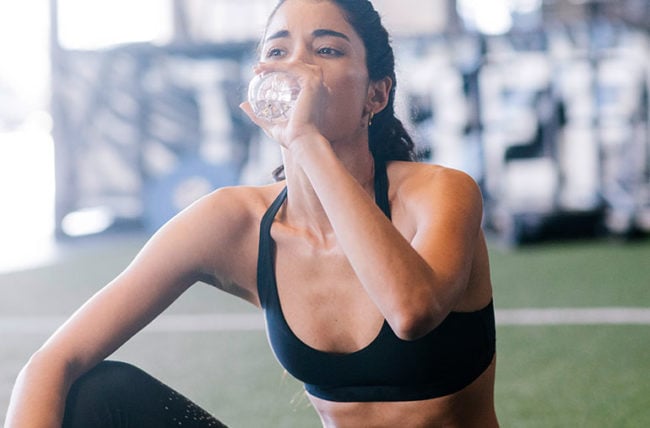 Nature offers up a pretty tasty sports drink to help you rehydrate after a workout — and the product comes straight from a tap.

Nutrient-rich “maple water” is fast becoming a pre- and post-exercise drink option to boost performance and recovery. And while it’s a relatively new addition to store shelves, its use dates back centuries.

Numerous websites tell of North American explorers declaring maple water the “wholesomest drink in the world” after sipping the beverage borne from trees. It’s not exactly a verified quote, but who wants to question health food folklore?

To find out whether those thirsty voyagers were onto something, let’s head out on a discovery expedition with registered dietitian Beth Czerwony, RD.

What is maple water?

Maple water may be an unfamiliar product to you, but here’s one that probably rings a breakfast bell: maple syrup. (We’re talking real maple syrup here, too, not those high-fructose corn syrup imitators.)

The same source — pure maple tree sap — serves as the foundation for both maple water and maple syrup, says Czerwony. Maple water is a pasteurized version of sap. Maple syrup, on the other hand, is the sap that has been boiled down and condensed.

The composition of maple sap is roughly 98% water and 2% sugar. That’s why maple syrup producers typically boil down 40 gallons of sap to make a single gallon of sugary-sweet syrup. (Producers collect the sap through taps inserted in maple trees in late winter or early spring.)

So what exactly is maple sap? Basically, it’s a nourishing fluid that serves as a maple tree’s lifeblood, providing energy to fuel growth and maintain health.

As it turns out, what’s good for a maple tree can be good for you, too.

The biggest perk offered by maple water? That’s easy, says Czerwony: It’s loaded with electrolytes, crucial minerals to your body that give you the necessary “charge” to power through the day.

Your body loses electrolytes through sweat, which is why sports drinks tout their ability to restore that important resource to proper levels after a workout.

Consider maple water a “natural” version of those replenishing products: “The benefits are very similar,” says Czerwony. “Maple water is going to help you rehydrate and replace those lost electrolytes.”

In addition, researchers have found that drinking maple water doesn’t entirely quench your thirst. Why is that good? Basically, because that “thirsty feeling” is your body’s way of making sure it fully rehydrates.

Other potential benefits of maple water include:

There’s even a claim that maple water can help combat hangovers, though that theory grew from research involving rats. “It’s a nice thought,” says Czerwony, “but I wouldn’t count on maple water as a hangover cure.”

So how does maple water compare to coconut water, its tropical counterpart in the realm of natural hydration solutions?

Each presents a resume with different and similar nutritional strengths. Maple water is off the charts in manganese, for instance, while coconut water is chock full of potassium. Both are packed with electrolytes.

If you’re counting calories and grams of sugar, maple water comes in about 50% lower than coconut water on both counts.

But is one better than the other? “Really, it comes down to taste preference,” says Czerwony. Maple water brings a subtle maple sweetness from the north woods, while coconut water offers a sweeter and slightly nutty island flavor.

Should you grab a bottle?

Are there possible benefits to drinking maple water, particularly after a tough workout? Absolutely, says Czerwony. But she cautioned against thinking it’s a complete game-changer given the same 2019 study with the thirst finding.

“In reality,” says Czerwony, “it seems that you can drink plain old water and pretty much get the same hydration results.”

Feeling Beat Up After Your Workout? Here’s What to Eat to Reduce Inflammation

Are There Health Benefits to Drinking Hot Water?

What Is Maple Water and Should You Be Drinking It?

Maple water is a pasteurized version of sap from maple trees. Benefits of this natural sports drink start with electrolytes to keep your body going, says a dietitian at Cleveland Clinic.