Several suggested practices – from diet changes to the timing of intercourse – promise to ensure you can choose the sex of your baby but none has proven successful. In an unassisted pregnancy, the odds of having a baby of either sex remain fairly even at 50/50.

Urologist Sarah Vij, MD, and women’s health specialist Cynthia Austin, MD, explain what drives the theories and shed some light on the truth.

Myths about a baby’s sex

Dr. Austin says “Intercourse two days prior to ovulation is good timing,” but she adds this would only increase the likelihood of conception, and would not affect what sex your baby would be.

Myth 2: Shettles suggests that having deeper intercourse helps the faster Y-chromosome sperms get to the egg first.

Having deeper intercourse, Dr. Austin says. “would not alter delivery of sperm to the egg at all.”

Myth 3: To increase likelihood for a boy, women should increase potassium in their diet.

One study indicated that there was an association between potassium and having a male baby, but offered only minimal proof that this was a reliable method. In fact, there was only a 5% change in the number of women in the study who ended up having a boy, according to Dr. Vij.

Myth 4: Women who use an expectorant (like cough syrup) can increase the fluidity of their cervical mucus to lubricate the way for Y-chromosome sperm.

To which Dr. Vij replies: “That’s another old wives’ tale.”

“Baking soda douches won’t change odds for sex,” Dr. Austin says, adding: “It can be very harmful to the woman, too, especially the baking soda, so we do not recommend these techniques.”

The only way to guarantee a boy or girl?

Currently, the only way to guarantee sex is a technique called preimplantation genetic diagnosis (PGD), where a single sperm is implanted in the egg in a type of in vitro fertilization called ICSI (intracytoplasmic sperm injection). A cell of the developing embryo is tested to determine sex prior to placement in the uterus of the mother.

But Dr. Austin clarifies: “Even with genetic testing, the sex cannot be 100% guaranteed,” she says.

Because the male sperm tend to be a little lighter, they can be separated through centrifugation or other processing procedures. However, she says, this only increases the odds by a few percent.

Drs. Austin and Vij concur: Focus should be on parents making a healthy baby, rather than a baby of a particular sex.
​

Post-Baby Sex: How Men Can Build More Intimacy With Their Partner 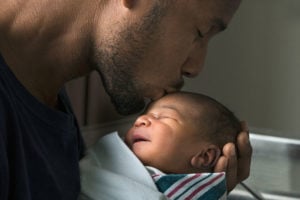 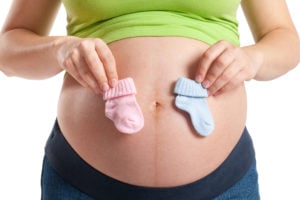 Boy or Girl — Can You Choose Your Baby’s Sex?

5 myths about choosing your baby’s sex, debunked. An ob/gyn explains the truth.