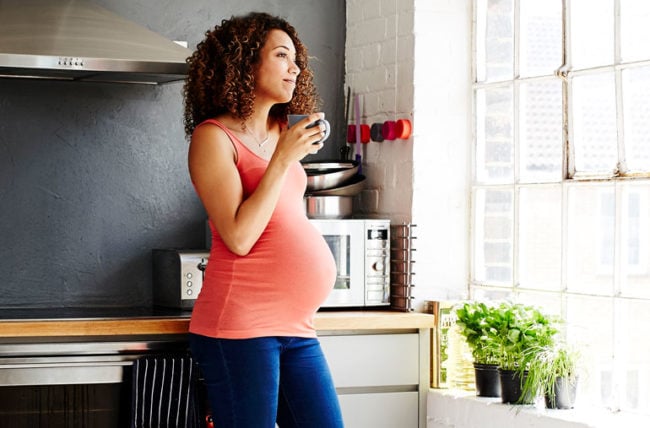 Ah, nothing beats that first sip of coffee first thing in the morning. Pre-pregnancy, that first cup of coffee, tea or soft drink helped kickstart your day.

How much is too much?

Most people get their liquid caffeine fix with a soft drink, energy drink, tea or coffee. If you’re pregnant, the American Pregnancy Organization recommends you limit your caffeine intake to 200 mg a day and this includes food with caffeine, too.

But how do you know if you’re reaching your limit? Caffeine can be found in the following, and the amount can range from brand to how it’s prepared:

“Be sure to let your doctor know how much caffeine you drink or eat so they can help guide you toward the right caffeine intake level,” says Dr. Svets.

Will caffeine affect my pregnancy and baby?

During pregnancy, it can take longer for your body to metabolize caffeine. This means that you might have caffeine in your bloodstream for a while after you drink coffee or other caffeinated beverages. You might hear this called “caffeine clearance,” which refers to how long it takes the caffeine to leave your bloodstream.

The placenta provides your fetus with food and oxygen through the umbilical cord. Because of this, when you drink coffee or other caffeinated beverages, the fetus will be on the receiving end of it. While there are studies that have conflicting evidence, it’s best to keep your caffeine intake to under 200 mg.

One study found that the amount of caffeine ingested while pregnant wouldn’t have an effect on the baby’s sleep during the first three months of their life.

When it comes to breastfeeding, it’s possible your baby can feel the effects of caffeine. Another study reported that poor sleep patterns and fussiness was prevalent in babies whose mothers drank about 10 or more cups of coffee daily while breastfeeding. Those who drank more than 450 ml of coffee daily may have less iron in their breastmilk.

“One cup of average brewed coffee is about 137 milligrams of caffeine and the studies all looked at 200 milligrams as being the cutoff,” says Dr. Svets. “So, if you have just one cup of brewed coffee a day, you should be fine.”

The American College of Obstetricians and Gynecologists also maintains the recommendation that moderate caffeine consumption does not appear to be a major contributing factor in miscarriage or preterm birth.

If you’re unsure of how much caffeine is too much and have questions about your diet, talk to your doctor so you can both make the right decision for you and your baby. ​

This Should Perk You Up: The Surprising Health Benefits of Coffee

Tired After Eating? Here’s Why 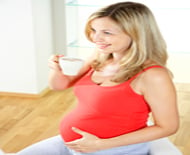 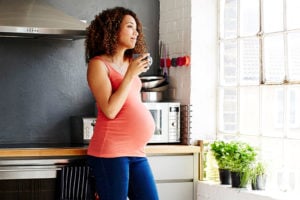 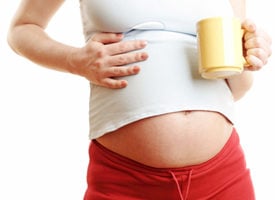 How Much Caffeine Is Safe During Pregnancy?

Can you drink caffeine when you’re pregnant? Our expert discusses the evidence.