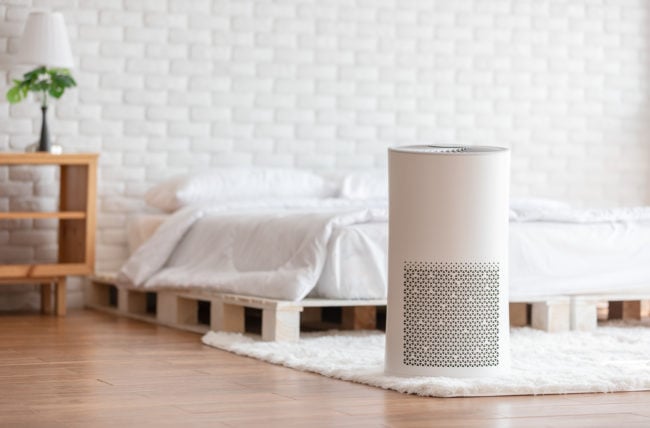 There’s nothing like the feeling of being able to breathe easily, especially if you suffer from lung or heart problems. That’s where air purifiers come in. Installing an air purifier in your home or office might help you breathe better, but can it also improve your heart health?

It’s possible, says pulmonologist Rachel Taliercio, DO. Air pollution can either cause or worsen respiratory symptoms such as difficulty breathing, cough and upper airway congestion, but it has also been implicated in heart disease.

“Airborne toxins are irritants,” says Dr. Taliercio. “They have chemical compositions that lead to changes in your blood chemistry, which in turn causes adverse health effects.

For instance, one study found an association between air particulate pollution and carotid artery disease, a condition that can lead to stroke. Another study named pollution as one of the most important risk factors for chronic disease.

“To the extent that you could eliminate some of those particles in the air and reduce the exposure, you’re going to reduce effects on health,” she says.

How air purifiers can boost your health

Many of the potential benefits of using an air purifier are related to your lungs, particularly for conditions such as asthma.

“By filtering out fine particles, purifiers help clean the air you breathe and lessen the potential negative effects of pollution,” says Dr. Taliercio. “Purifiers have been shown to alter the blood chemistry in a way that may benefit heart health, too.”

Several studies have shown improvements in blood pressure and heart rate after the installation of air purifiers. For example, one small-scale study of 35 Chinese college students found that the devices improved air quality, reducing levels of fine particulate matter by 57%. Improvements were reported in both blood pressure levels and lung functions among the students. Another study found that indoor HEPA air filters improved respiratory health in those with asthma.

However, doctors don’t have any long-term data that points to air purifiers reducing strokes, heart attacks or death rates.

“These are all endpoints that look at changes in the blood chemistry that can be monitored, and presumably will have benefits for the heart,” she says. “But such studies have yet to be conducted.”

Who benefits from air purifiers?

Since air purifiers can be costly, it’s important to team up with your doctor to weigh in on who is most likely to benefit from them. Air purifier users are most likely to reap health benefits in areas with the greatest air pollution, and that could mean living in a city with poor air quality or near a major source of pollution.

“Benefits may also be higher in young children, elderly and people with heart and/or lung disease,” says Dr. Taliercio.

In particular, these devices may help people who already have diseases that affect the lungs like asthma, cystic fibrosis and conditions of the immune system. If you have difficulty fighting infections, getting an air purifier might be beneficial.

Smog and Pollution: What Do Air Quality Alerts Actually Mean?

How Can Being Married Help You Win Against Cancer?

Dieting Failing? Here’s When to Consider Bariatric Surgery to Protect Your Heart 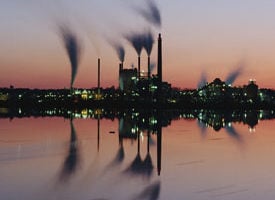 Experts and studies contend that air pollution can affect respiratory and cardiovascular health. Find out who benefits most from air purifiers.