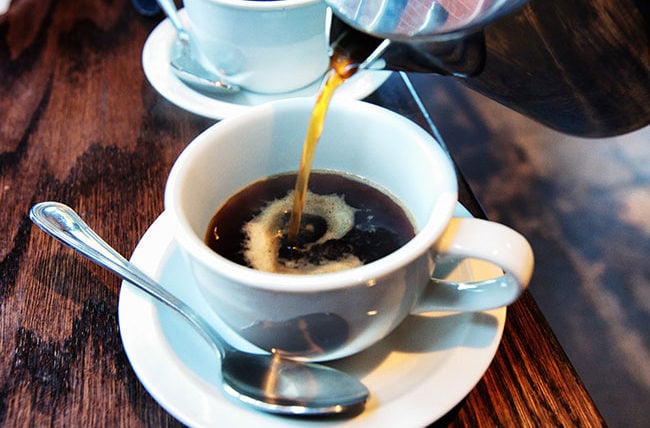 Thinking about putting on another pot of coffee? According to recent research, it’s probably a good idea.

In one study, British researchers looked at data on 9.2 million people in the UK Biobank population study. They found that coffee-drinking (even as much as eight cups per day) decreased a person’s risk of all causes of death and concluded that coffee consumption can be part of a healthy diet.

Exactly what kind to drink

Cleveland Clinic’s Julia Zumpano, RD, did not take part in the research, but says the British study showed that regular ground coffee had the most benefit.

“People who drank more ground or filtered coffee, as opposed to instant coffee, had better outcomes,” she explains. “The reasoning behind that was that filtered coffee has greater levels of polyphenols, or antioxidants, which are the main benefits from the coffee.”

It’s important to note, Zumpano says, that a serving size of coffee is eight fluid ounces.

You might not realize it, but most traditional mugs and to-go cups come in 12, 16 or even 20 ounces. Therefore, people who think they’re only drinking one or two cups a day may be drinking much more.

What about cream and sugar?

Zumpano says eight cups of black ground coffee is your best choice — it’s when we start adding things to the coffee that we need to be more careful.

She also points out that some people can’t drink coffee for medical reasons, so it’s important for individuals to talk to their doctor before adding coffee to their diet.

The researchers noted their results were based on observational data and should be interpreted with caution. “Nevertheless, these results provide further evidence that coffee drinking can be part of a healthy diet and may provide reassurance to those who drink coffee and enjoy it,” the authors concluded.

What To Eat If You’ve Been Diagnosed With Prediabetes

Tired After Eating? Here’s Why

Why It’s Time to Start Replacing Your Daily Soda

How to Build a Healthy Breakfast for Weight Loss 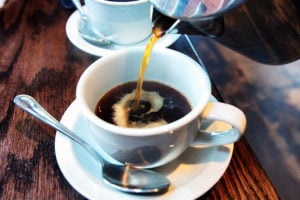 A new study finds drinking coffee (even as much as eight cups per day) can be part of a healthy diet. Dietitian Julia Zumpano, RD, explains the findings.