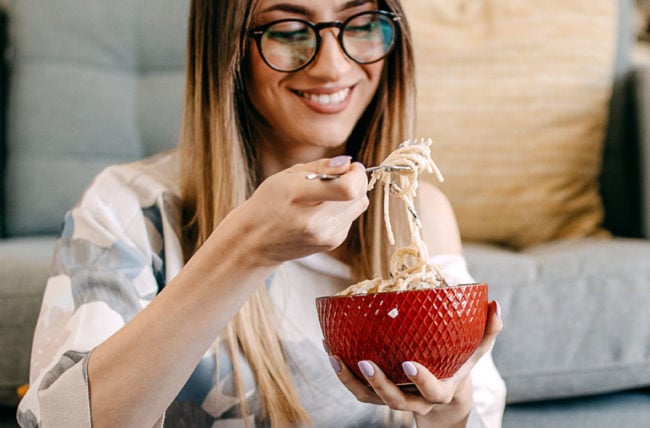 Gluten — a protein found in wheat, barley and rye — is enemy No. 1 for people with celiac disease. When you have celiac, eating even a tiny amount of gluten triggers an immune response that can damage your small intestine and lead to health problems.

But is gluten a bad thing if you don’t have celiac disease? And could eating a lot of gluten increase your risk of getting celiac disease later? Gastroenterologist Alberto Rubio Tapia, MD, explains what causes celiac disease and whether eating gluten plays a role.

Eating gluten triggers celiac disease in some people, but gluten alone isn’t to blame. The causes of celiac disease are complex and involve many risk factors, including genetics.

“Nearly everyone with celiac disease has one of two specific gene variants, known as DQ2 and DQ8,” explains Dr. Rubio Tapia. “But there are other risk factors for celiac disease, too, such as environmental factors and previous infections. Some studies have found that your race or gut bacteria also affect your celiac disease risk.”

Can you ‘suddenly’ develop celiac disease?

“Experts used to think people were born with the risk of celiac disease and would develop it as soon as they ate gluten,” says Dr. Rubio Tapia. “But now we know you can develop celiac disease at any age.”

Certain tests can help diagnose celiac disease. But what if those tests are negative, and you don’t have celiac disease — but eating gluten still makes you feel awful?

You could have non-celiac gluten sensitivity, or gluten intolerance. People with this condition have trouble digesting gluten, but gluten doesn’t cause intestinal damage. Symptoms include:

“People with non-celiac gluten sensitivity feel unwell when they eat gluten but test negative for celiac,” says Dr. Rubio Tapia. “When they remove gluten from their diet, their symptoms go away.”

Even if you think you’re gluten intolerant, don’t go gluten-free just yet. “Your provider may want to test you for celiac to rule it out,” says Dr. Rubio Tapia. “But for an accurate result, you need gluten in your system before your test.”

Should I eat gluten-free foods if I don’t have celiac disease?

If you don’t have celiac disease or gluten intolerance, you may be considering a gluten-free lifestyle anyway because it seems healthier. But not so fast. Gluten-free foods aren’t necessarily healthier than their gluten-containing counterparts. And eating gluten regularly doesn’t cause celiac, unless you have other risk factors.

“Foods with gluten offer many nutritional benefits,” notes Dr. Rubio Tapia. “If you don’t have celiac disease, include gluten as part of a healthy diet. Eat a variety of foods: fruits, vegetables, grains, legumes and lean protein.”

A common myth about celiac disease is that it always causes diarrhea. “Celiac disease affects the whole body, not just your digestive system,” explains Dr. Rubio Tapia. “Even if you don’t have diarrhea, you can still have celiac disease. Many people with celiac never have this symptom.”

People with celiac disease experience digestive problems like bloating, constipation, diarrhea and vomiting, as well as:

When to see your healthcare provider

If you think you may have celiac disease, talk with your healthcare provider before changing your diet or excluding certain foods. You should also discuss your risk for celiac disease if you have:

“Celiac disease affects millions of Americans, and many people don’t know they have it,” says Dr. Rubio Tapia. “See your provider regularly so you can discuss your health and risk of developing conditions like celiac. Treating celiac early lowers the risk of future health problems and keeps you feeling your best.”

The Health Benefits of Forbidden Rice

9 Amazing, Weird Facts About Your Gut

How to Spot Those Sneaky Sources of Gluten 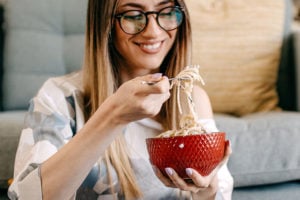 Should you worry that eating gluten could make you develop celiac disease? A gastroenterologist explains whether you should go gluten-free.