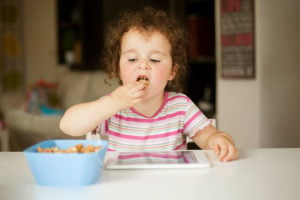 Can Social Media Influence What Your Child Eats?

A study shows that ads on TV and social media have an impact on a child’s food choices. 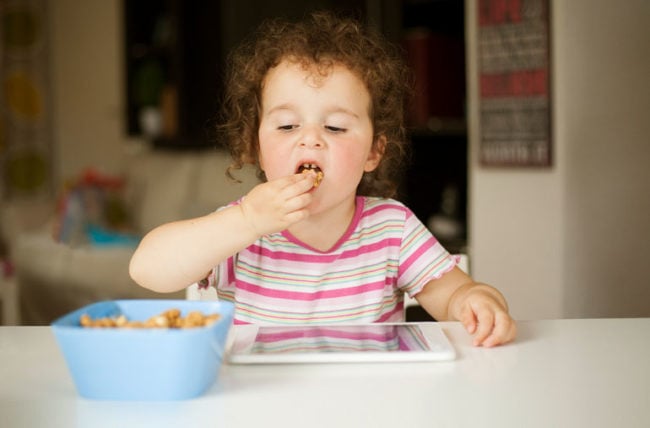 Every parent expects, at some point, their child will ask for a food item they saw advertised online or on TV. Now, a recent study reveals how much impact social media has on a child’s food choices.

Researchers looked at 176 children between the ages of 9 and 11.

However, the children who viewed the healthy snacks weren’t compelled to eat more healthy foods.

Ads: See it, want it

Child psychologist Kate Eshleman, PsyD, did not take part in the study, but says it probably comes as no surprise that advertisements are very persuasive to children.

“The advertisements have a lot of impact on the kids,” she says. “They see it and they want it, and parents have to be prepared to limit those things in the home.” Dr. Eshleman says avoiding the pitfalls of social media marketing comes down to communicating with children about healthy choices. This includes which food items should be in the home and which ones should not.

Dr. Eshleman says parents should always know what their children are watching so they can talk about the content they’re viewing.

“In general, it’s important for parents to know what their kids are watching – and that includes the ads,” she says. “You want to know why a child is asking about this, or why they’re talking about that. And the best way to understand those things is to be aware of what they’re watching.”

Dr. Eshleman notes the study results don’t mean parents shouldn’t allow their children to view content online. But she recommends making sure they’re watching it in plain view – on a computer that you can see, or on a television – but not on a hand-held device.

If Your Child Has Autism, Perception Matters

How to Balance a Healthy Diet During Self-Isolation

5 Can’t-Miss Signs That Your Child Is Lactose Intolerant