Maybe you’re certain you don’t want kids. Maybe you’re already a parent, but your brood is big enough. Whatever your reasons, a vasectomy is a safe, simple and permanent form of birth control.

About 50 million people in the United States have had this procedure to tie off the ends of their vas deferens, which are the tubes that carry sperm. And that number is rising.

So, how do you know when it’s time to pursue a vasectomy? Urologist Sarah Vij, MD, walks you through some of the considerations you should take into account if you’re thinking about “getting snipped.”

Why consider a vasectomy?

Few topics are more personal than the decision to have kids — or not to have them, as the case may be. When you know for sure whether that’s something you want, Dr. Vij says, figuring out whether to get a vasectomy can be pretty straightforward.

“The right time is when you’re sure that you do not want to have more children,” she says. “A vasectomy is considered a permanent form of sterilization, so if you’re not totally sure, it’s not the right option.”

A vasectomy is safe, effective and more convenient than most other forms of birth control. In fact, once you’ve recovered from the procedure, your partner will never have to go on the patch or the pill again.

“Unlike condoms or birth control pills, a vasectomy is one-stop shopping,” Dr. Vij says. “The only downside is that it’s considered permanent.” If onesies and diapers aren’t in your life plan, though, permanence is also the upside.

Here are some other pros of a vasectomy:

One last thing: If you’re not in a monogamous relationship, it’s important to know that vasectomies don’t offer protection from sexually transmitted infections. For that, only condoms will do the trick.

What about vasectomy reversals?

Once again, the biggest benefit of getting a vasectomy is that it’s permanent — which can also be its disadvantage. If you’ve had a vasectomy but later decide that you want to have biological kids after all, you’ll have to have a second procedure to restore your fertility.

A vasectomy reversal is an outpatient surgery that essentially reassembles your internal plumbing. And while it’s usually effective, there’s no guarantee.

There’s something else to consider, too: “Vasectomies are fairly inexpensive, but vasectomy reversals can be pricey,” Dr. Vij states. “And they’re not usually covered by insurance.”

What are the age limits for a vasectomy?

It isn’t so much the number of candles on your cake that matters, but whether you’ve given it serious thought and are sure you don’t want to have more biological children.

Here’s what you need to know about getting a vasectomy, based on your age.

If you’re a teen who’s confident that you’ll never want children, you may want to pursue a vasectomy, like, now. But you’ll have to wait.

U.S. laws vary by state, but in all of them, you must be at least 18 to consent to a vasectomy. Once you turn 18, you’re legally old enough — but if you want to have a vasectomy done by a medical facility that receives federal funding (which includes many hospital systems), you’ll need to be at least 21 years old.

In the meantime, if you’re sexually active, stock up on condoms and educate yourself about birth control options for your sexual partner(s), too.

Vasectomy in your 20s

If you’re sure you don’t want kids, your 20s isn’t too early for a vasectomy.

Couldn’t you change your mind later? Well, maybe — but that doesn’t mean you’re too young, as Dr. Vij notes: “It’s also possible to change your mind when you’re in your 30s, your 40s, or beyond, too.”

If your doctor says you’re too young and refuses to perform a vasectomy on you, you may wish to seek a second opinion and find another healthcare provider who’s willing to provide this medical service.

Can you be too old to get a vasectomy?

If your doctor says you’re in good enough health for a vasectomy, there’s no age limit on the procedure.

Before you get a vasectomy, though, you should also consider your partner’s age and fertility. If they’re in or nearing menopause, or if they have another condition that affects their ability to get pregnant, you might not need to go through the procedure.

When to hold off on getting a vasectomy

If you have any hesitation about whether you might want to have a child someday, that’s a good reason to stick to other forms of birth control for the time being.

And if you’ve recently become a first-time parent, you might want to press pause — at least until you’ve had some time to adjust to life with baby.

“If you’re in the thick of the postpartum period, it’s a really stressful time,” Dr. Vij says. “It’s often a good idea to wait before making the decision.”

When to proceed with a vasectomy

If you’re sure you don’t want children, there’s no need to wait to have a vasectomy — and don’t put it off out of worry about the procedure itself. “Most people say the recovery period is not nearly as big a deal as they’d expected,” Dr. Vij says.

You’ll need at least 24 to 72 hours of recovery, which is a great excuse for a laidback weekend and a TV binge. In fact, one study found that March Madness, the annual college basketball tournament, is a popular time for vasectomies for exactly that reason!

Most doctors do a semen test eight to 12 weeks after the procedure to make sure the vasectomy was successful. Once you’re cleared by your doctor, you can enjoy your (ahem) leisure time without the fear of an unwanted pregnancy.

“No form of birth control is 100% guaranteed to be effective,” Dr. Vij says, “but a vasectomy is about as close as you can get.”

What To Know About Birth Control and Blood Clots

Why Men Over 40 Should Start Seeing a Urologist Regularly

What You Should Know About Postpartum Sex 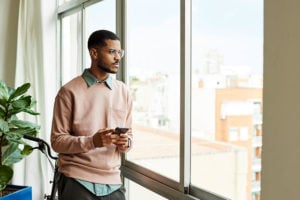 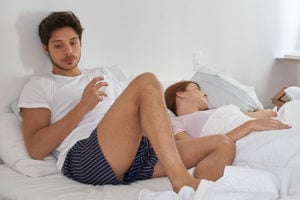 Considering a Vasectomy? How To Know if the Time Is Right — and What To Expect

About 50 million Americans have had a vasectomy. But how do you know when the time is right to pursue one? Here’s what to consider if you’re thinking about “getting snipped.”