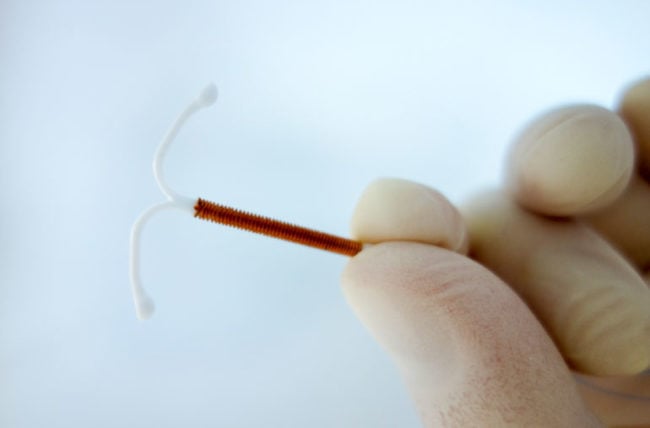 Whether you’re contemplating using an intrauterine device (IUD) as birth control or to curb the effects of a gynecological issue, you might wonder if the pros outweigh all the cons you’ve probably heard about. Here’s what you need to know about IUDs, according to Ob/Gyn Ashley Brant, DO, MPH.

There are two FDA-approved types

Hormonal IUDs thicken the mucus on your cervix, which blocks sperm so it can’t reach an egg. They may also interrupt your ovulation, so an egg isn’t released from your ovary.

Non-hormonal IUDs create an environment that sperm can’t survive in. “In this way, the sperm never make it to meet the egg,” explains Dr. Brant. “It may also change the lining of the uterus a little bit so that the fertilized egg couldn’t implant, but this is a less likely mechanism.”

Both options can be effective birth control choices. Even so, there are some valid concerns involving IUDs that are important to know about before you choose. Dr. Brant helps us go through the pros and some cons of these options and what you should know.

The pros of getting an IUD

They last a long time

They’re long-acting. Depending on the type, IUDs are U.S. Food and Drug Administration (FDA)-approved to last anywhere from three to 10 years.

Proven to be effective

They’re more than 99% effective at preventing pregnancy, a figure similar to permanent sterilization.

“Just based on effectiveness alone, IUDs are one of the most effective and most recommended of the long-acting reversible methods of birth control,” says Dr. Brant.

Change your mind? No problem

You can have an IUD taken out any time and your fertility returns immediately.

There are options if you have heavy periods

Up to half even stop having their periods altogether after three years on Mirena, though this percentage is lower with other hormonal IUDs, notes Dr. Brant.

There’s minimal effort required, an added bonus if you’re forgetful about birth control. You just have to make that initial appointment to get it inserted.

“Generally, people just make a regular office appointment for an IUD insertion,” says Dr. Brant. “It usually involves a speculum exam and then inserting the IUD through the cervix.”

An IUD can even be inserted right after you give birth, though this does increase the risk of expulsion.

They can be used in any age population, from teens to those nearing menopause.

Research shows that hormonal IUDs may reduce your risk of developing endometrial cancer.

Can be used as emergency contraception

The cons of IUDs

Depending on the person, an IUD insertion procedure can be mildly to moderately painful. “I recommend that people take ibuprofen beforehand,” says Dr. Brant. “The evidence is mixed regarding whether NSAIDs actually help with the pain during the insertion, but it certainly helps with the cramping afterward.”

You may experience some side effects afterward

With either type (hormonal or non-hormonal), you may experience irregular bleeding and/or cramping during the first few months. You can continue to take 600 milligrams to 800 mg of ibuprofen every six to eight hours for this as well, Dr. Brant says. (NOTE: If the pain persists or gets worse and ibuprofen isn’t cutting it, and/or you’re soaking through a pad or more an hour, you’ll need to see your doctor right away).

Irregular bleeding and/or cramping that hasn’t gone away after three months may result in your doctor putting you on ibuprofen for one to three months to alleviate pain and decrease bleeding or temporarily prescribing birth control pills to help regulate your cycle.

If you do get pregnant with an IUD (the chances are 0.2% to 0.8% in the first year and less after that), your risk of ectopic pregnancy is higher.

Needs to be removed by a doctor

Unlike the pill, this is a type of birth control that needs to be stopped at a doctor’s office. You’ll need to see your doctor for another procedure to get the IUD taken out.

Insertion doesn’t work for everyone

An IUD isn’t recommended if you have an abnormally shaped uterus, as placing it is more difficult and increases the risk of perforation. Your healthcare provider or Ob/Gyn will be able to help figure out if this is a concern for you.

Misconceptions to know about

Despite the fact that modern versions are quite safe, IUDs still tend to get a bad rap. Dr. Brant often hears concerns from people about migration, also called uterine perforation, when the IUD moves through the uterine wall into the abdominal area.

“Even though it seems like almost everybody knows somebody to whom that’s happened, it’s actually a pretty rare complication,” explains Dr. Brant. Migration can happen if your uterus is punctured, usually by the IUD itself during IUD insertion, but these uterine perforations only occur in 0.01% of cases.

“IUD migration or perforation is not usually dangerous, but it means the IUD isn’t doing its job of preventing pregnancy,” she says.

Other serious complications from IUDs are rare, too. Pelvic inflammatory disease (PID) occurs in just 1% of people within the first 20 days after insertion and in 0.5% in the first three to six months.

Then there are the uncommon side effects reported from the hormonal IUD, like weight gain, hair loss, mood changes and acne. As of now, there isn’t enough research to support or refute a definitive link between the two, according to Dr. Brant. In fact, the low level of progestin released — one-fifth of the amount found in combination birth control pills — is tolerated well by the majority of women.

How to decide what’s best for you

When deciding on a form of contraception, the best thing to do is speak to your Ob/Gyn or healthcare provider.

Dr. Brant asks her patients these three questions to help them come to a decision that’s right for them:

Placing an IUD usually takes less than five minutes. To begin the insertion process, the doctor or nurse will likely feel your uterus to see which way it might be tipping. A speculum is placed, just like you’d have for a Pap smear, and your cervix is washed with soap.

You can expect to experience cramping three times, but only for a few seconds each time, says Dr. Brant.

As there are two types and multiple brands of IUD options out there, your provider can help you figure out which will work best for you. Be sure to let your doctor know about any medications you take and conditions and symptoms you have, such as heavy periods or menstrual migraines.

“I really think that contraception is an essential part of healthcare and there’s no one size fits all approach to everyone,” says Dr. Brant.

Your Guide to Going Off of Birth Control

Why Is My Period Late?

Why Is My Period Lasting So Long?

Is a Birth Control Implant Right for You? 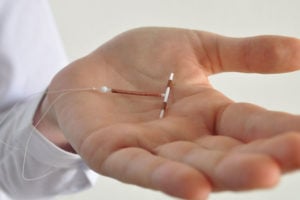 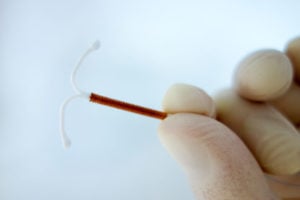 Weighing whether an IUD is right for you? Our expert breaks down the pros and cons to help you decide.