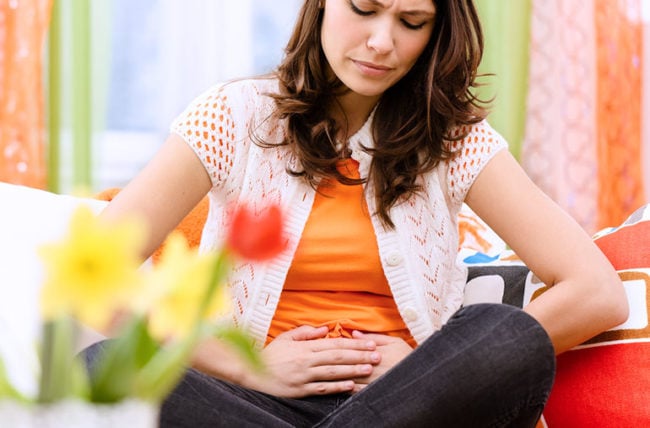 You just found out you’re pregnant, and now you’re spotting. Should you panic? Not if it’s just spotting, says Ob/Gyn Kathleen Berkowitz, MD. “There are a lot of reasons why this can happen in early pregnancy,” she says. “One reason is that the placenta is beginning to implant and establish vascular connections to the uterus.”

What to do if you’re spotting

You’re at the highest risk of miscarriage around four to six weeks after your last normal menstrual period, but as long as the spotting (that’s defined as light bleeding) doesn’t become heavy, you can relax.

“You don’t need to do anything right away,” says Dr. Berkowitz. “Once a fetus’s heart rate is established (around six to eight weeks), the risk of a miscarriage goes down significantly.” And as long as you’re not bleeding or cramping, you’ll typically have your first ultrasound around 12 to 14 weeks.

It’s normal to be worried about other symptoms too.

A lot of pregnant people are concerned if all of a sudden their fatigue level or their nauseousness improves, but those are things that are going to get better anyway as the pregnancy gets past 10 to 12 weeks.

When to call your doctor

Heavy bleeding accompanied by cramps is the most common sign of miscarriage, says Dr. Berkowitz. “If you’re cramping and bleeding, especially if you’ve had any medical problems that aren’t under control or prior surgery on your fallopian tubes or uterus, you need to see your doctor right away.” You may also have abdominal pain and lower backache.

“Especially in the first trimester, about 60% to 70% of miscarriages are due to the chromosomes not lining up right,” Dr. Berkowitz says. “That’s not something that’s likely to continue happening pregnancy after pregnancy for most people, but it’s much more common if you’re over the age of 35.”

The second most common cause is having another medical condition such as diabetes, accounting for around 5% to 7% of miscarriages, says Dr. Berkowitz. “With the other cases, many times we don’t know, though smoking can be a contributor as well.”

What puts you at risk for miscarriage?

Being over the age of 35 puts you at a higher risk for miscarriage because chromosomal abnormalities are more common with age. Having an uncontrolled or untreated medical condition like diabetes, heart disease, kidney disease or a thyroid disorder is another risk factor.

“Getting your medical conditions under control and planning for pregnancy is very important to improve your ability to have a successful pregnancy,” says Dr. Berkowitz. “If you haven’t gone for a recent physical, you may have a condition that needs to be managed to help you have a more successful pregnancy.”

How is miscarriage diagnosed and treated?

Concern about bleeding is the number one reason Dr. Berkowitz gets referrals to evaluate patients’ pregnancy status. First, she reviews any other medical conditions the patient has to see if there’s treatment for those that might help. Next, she does an ultrasound to check for possible causes of the bleeding, such as a fibroid or an abnormality in the uterus.

If they’re available, she also compares the patient’s original hCG (the pregnancy hormone) levels to the ultrasound and when the patient thinks she conceived. “When I’ve got those pieces of information, I can put together a timeline for the patient on what should happen over the next one to three weeks and let her know at least what sort of follow-up we’ll be able to give her,” says Dr. Berkowitz.

Though it can be extremely difficult, patience is a virtue when it comes to a potential miscarriage. “Unfortunately, because most of these miscarriages are chromosomal misalignments, we simply don’t have any treatment to fix them or prevent them from happening,” Dr. Berkowitz says. “In some of these cases with bleeding, you just need some time to go by to see how the pregnancy is going to progress. And waiting is tough.”

Though many women blame themselves for a miscarriage, “in the majority of cases, it has nothing to do with what you did or didn’t do,” assures Dr. Berkowitz. “It’s usually because the chromosomes simply didn’t line up right and that isn’t under anyone’s control.” Talk to your doctor if you’re concerned about your role in a miscarriage, advises Dr. Berkowitz. They can give you reassurance and advice for the next time.

How to Have a Healthy Pregnancy After 35

Overdue Baby? How a Foley Bulb Induction Can Get Labor Going

What To Expect While Healing After Giving Birth 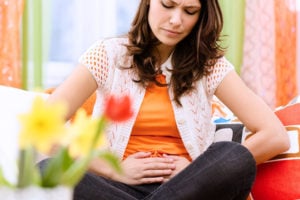 Early Signs of Miscarriage (and When Not to Panic)

Does spotting always mean a miscarriage? Not always. Our Ob/Gyn explains what you need to know.