The secret to keeping your prostate healthy might be spelled out with three letters: S-E-X.

But before you make a romantic move in the … ahem … name of health, let’s take a closer look at the claims with urologist Brad Gill, MD, MS.

Is more sex good for your prostate?

The effect of sex (or ejaculation) on prostate health remains somewhat of “a big question mark,” notes Dr. Gill — but recent studies point toward there being a potential benefit.

A 2016 study found that men who ejaculated at least 21 times per month reduced their risk of prostate cancer by about 20% compared to those who did the deed four to seven times a month.

The research involved almost 32,000 men and their self-reported ejaculation habits over nearly two decades. It built upon the results of a 2004 study that began to shift the thinking on sex and prostate cancer risk.

Previously, it was thought that more sex might increase prostate cancer risk due to hormone stimulation. (Thankfully, multiple studies have since cast doubt on that theory!)

How can frequent ejaculation affect your prostate?

The prostate is a gland that’s part of the male reproductive system. It’s positioned at the junction of the reproductive and urinary tracts, where it helps route sperm on its ejaculation journey. Essentially, it’s where the ejaculatory ducts empty into the urethra so semen (and sperm) can be projected out of the urethra with ejaculation.

The theory is that carcinogens naturally build up in the prostate. As they accumulate, the theoretical risk of prostate cancer grows. The solution? Well, it appears that ejaculation may sweep out these potentially harmful carcinogens and lower your cancer risk.

The magic of sex only goes so far when it comes to possibly protecting the prostate. Prostate enlargement, or benign prostatic hyperplasia (BPH), is a reality of aging that can’t be undone by more frequent ejaculation.

“Certain parts of your body will continue to grow as you age — and the prostate is one of them,” notes Dr. Gill. That helps explain why BPH eventually affects about 90% of people with a prostate, making it the most common prostate problem for men and others born with the gland.

Other benefits of sex and ejaculation

While the focus here has been on sex and the prostate, the powers of an orgasm do cover a bit more ground. “It is generally an enjoyable part of life,” says Dr. Gill. “And if you ask heart doctors, sex does count as good cardiovascular exercise.”

Other health benefits of sex and ejaculation include:

It’s far from definitive to say that more sex can help you dodge prostate cancer. In reality, nearly 1 out of 8 people with a prostate will be diagnosed with prostate cancer at some point during their life.

But recent research is pretty compelling regarding the possible benefits of more frequent sex or ejaculation.

“Take that for what it is and use the information as you will for your health,” says Dr. Gill.

Doing ‘Active Surveillance’ for Prostate Cancer? Here’s Why You Need To Be Vigilant

5 Benefits of a Healthy Sex Life 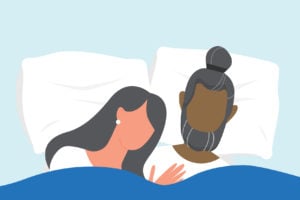 Could more sex reduce your risk of prostate cancer? Some research indicates the answer could be yes.