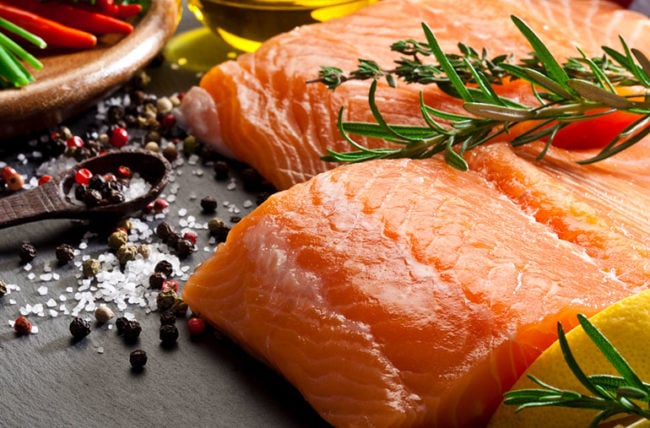 How do you prefer your salmon — wild caught or from the farm? It’s a legitimate question because fish is not “just fish” when it comes to potential health benefits. Where it comes from makes a difference.

We asked registered dietitian Julia Zumpano, RD, for the nutritional breakdown of wild salmon and farmed salmon. Let’s go fishing with her for some facts.

The different types of salmon

The popularity of salmon has helped deplete the wild stock swimming in open waters, though. In response, farmed salmon has become more common as diner demand rises faster than high tide.

Farmed salmon is typically Atlantic salmon. Wild-caught salmon, meanwhile, is usually one of five types of Pacific salmon: chinook (king), sockeye, coho, pink and chum. (Sockeye is the most common.)

Now it’s true that both Atlantic and Pacific salmon are packed with omega-3 fatty acids, says Zumpano. But if you take a deeper dive into the dietary data, there’s a lot more to consider when making your choice at the seafood counter.

There are some key nutritional differences between wild and farmed salmon, according to the U.S. Department of Agriculture’s FoodData Central. (Comparisons are between wild sockeye salmon and farmed Atlantic salmon cooked in dry heat.)

A 3-ounce fillet of wild salmon has fewer calories and half the fat content of the same amount of farmed salmon. And although farmed salmon may have more omega-3 fatty acids, it also has more than double the saturated fat content — and that’s not fat you want, notes Zumpano.

The bottom line: Wild salmon gets the edge for having fewer calories and less saturated fat.

Persistent organic pollutants (POPs for short) sound dangerous. That’s because they are.

POPs have been linked to several diseases, including Type 2 diabetes and obesity. Evidence suggests obesity might be even more of a risk factor for diabetes when POPs are present in your body. And specific types of POPs increase the risk of stroke in women.

Why does this matter? Because levels of PCB (polychlorinated biphenyl, which is one type of POP) are 16 times higher in farmed fish than in wild fish.

In the wild vs. farmed debate, this is a tricky issue. Although both offer omega-3 fatty acids, eating large amounts of either type of fish in order to get their full benefits could expose you to cancer-causing chemicals.

In wild salmon, these chemicals come from potentially polluted waters where the fish swim. Farmed salmon, meanwhile, gain those higher PCB levels from what they’re fed.

Your best bet is to not overdo it on your fish intake. Try considering seafood as just one piece of the puzzle when it comes to getting omega-3 fatty acids, says Zumpano. Other good sources include flaxseed, chia seeds, hemp seeds, walnuts and soy foods.

The bottom line: Both wild and farmed salmon come with risk if eaten in large quantities. But consumed in moderation, most studies conclude wild salmon is safer.

Studies have found contaminants in farmed salmon are generally higher than in wild salmon.

Likewise, other research suggests that children, women of child-bearing age and women who are pregnant should choose wild salmon over farmed options — or select other sources of omega-3 fatty acids.

For either wild or farmed salmon, Zumpano suggests removing the skin to decrease exposure to contaminants and pollutants.

The bottom line: Both wild and farmed salmon contain contaminants, but wild salmon has lower levels and is considered safer overall.

This was a big source of debate in the late 1990s and early 2000s, when Chilean salmon imports to Japan had higher antibiotic amounts than allowed under regulations.

The concern: Too much exposure to antibiotics could lead to resistance to their effects. Antibiotic use in farmed fish is said to have been reduced, but it’s unclear just how much use is still occurring.

The bottom line: Farmed salmon comes with uncertainty about antibiotic use. Wild salmon does not.

So, what’s for dinner?

The American Heart Association recommends eating two 3.5 ounce servings of fish a week to help reduce the risk of heart disease and stroke. Both farmed and wild salmon have the nutrients that power that suggestion.

But research consistently shows that there are more risks associated with farmed salmon than those pulled from oceans, lakes and rivers.

The bottom line: Go wild if you have the option — and if you’re looking for a recipe, here are five to try.

What Are the Best Sources of Protein?

Why Omega-3s Are Good for You 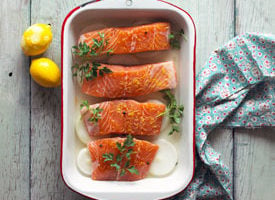 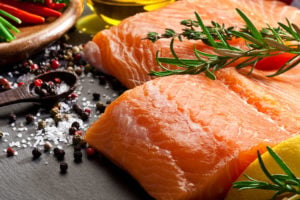 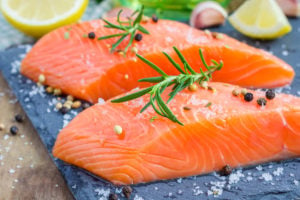 Two kinds of salmon — wild and farmed … both offer omega-3 benefits, but is one healthier than the other? A dietitian has your answer.