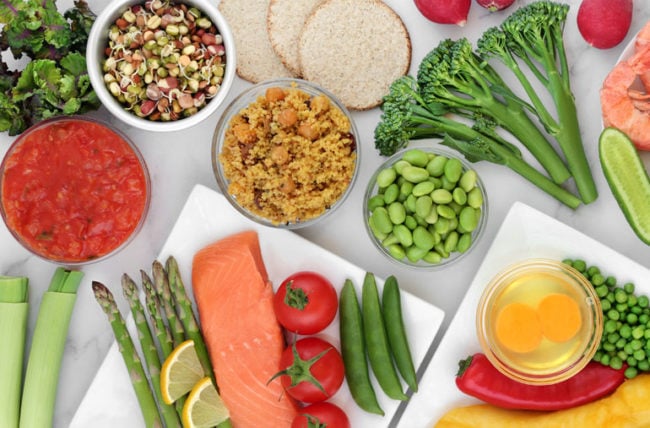 Growing up, you were probably told to limit sweets. That meant not overdoing it on Halloween candy, for example, or having that extra bowl of sugary breakfast cereal. While adult-you might be tempted to throw caution to the wind and eat whatever you want, maintaining a healthy diet is more important than ever.

One way of looking at a healthy diet is considering where foods fall on the glycemic index.

“The glycemic index is used to classify foods that contain carbohydrates, their potential for raising blood sugar and how quickly they raise your blood sugar,” says endocrinologist Alexander Williams, MD.

The glycemic index is based on the understanding that not every carb is created equal. “Say someone said that you could have 100 grams of carbs a day,” says Dr. Williams. “If you had that all in soda, intuitively you would understand that’s not the optimal way to get your carbs when you can instead, eat whole grain rice, vegetables, fruits and other things.”

The reason for these differences comes from how carbs react in your body. Simple carbohydrates — say, the sugars found in soda and sweet desserts — are broken down faster than the more complex carbohydrates found in some vegetables and whole-grain foods. As a result, your blood sugar spikes and then falls rapidly. Over time, doctors believe these constant surges and retreats play a part in people becoming insulin resistant.

How is the glycemic index determined?

To determine glycemic index numbers, doctors observe how healthy people’s blood sugar levels change after ingesting carb-containing foods. By measuring subsequent blood sugar levels — and comparing it to a baseline — they can determine where a food falls on a scale of zero to 100, where 100 represents pure glucose and zero is a food with no sugar at all.

“Essentially, the glycemic index is trying to show that not everything that contains the exact same amount of grams of carbs will behave the same way in your body,” says Dr. Williams. “You actually measure how your body responds to a cup of orange juice versus how it reacts to other food items: a banana, 25 grams of candy or 25 grams of whole-grain bread.”

Doctors have measured the glycemic index numbers only for certain foods or classes of foods. “Not every single food item, not every vegetable or fruit or piece of bread, has been studied,” says Dr. Williams. However, you can use existing data and make a good estimate for foods that aren’t studied.

What is a low glycemic index diet?

A low glycemic index diet is one based on foods that won’t cause wild swings in your blood sugar. “Eating foods with a lower glycemic index means they will cause a slower and lower rise in your blood sugar,” Dr. Williams says, noting this will help you absorb food more slowly and stay full for longer, and therefore eat less. “Foods with a high glycemic index, or simple sugars, give you this quick burst of energy with a rise in blood sugar quickly. But then you’ll tend to feel pretty tired afterward and will get hungry quickly.”

Certain kinds of foods fall into these categories — for example, Dr. Williams notes that foods higher in fat and protein “tend to be absorbed slower, and therefore have a lower glycemic index. But the glycemic index isn’t necessarily a measure that’s easy to use as a nutrition guide, the way that you can with calories. And foods with a low glycemic index aren’t necessarily packed with nutrients. Eating a balance of foods from all five food groups — fruits, vegetables, grains, proteins, and dairy — is still a better rule to follow.

In fact, Dr. Williams agrees with the American Diabetes Association’s assessment that the glycemic index numbers are “not easily accessible for meal planning.”

“I don’t know how important the numbers are if you’re thinking about going to the store and deciding what to prepare for dinner,” he says. “It’s more about thinking what kinds of foods have a lower glycemic index and trying to make sure that there’s a good portion of these in each meal instead of other foods that have a high glycemic index.”

The benefits of a low glycemic index diet

A low glycemic index diet can improve your overall health and help prevent certain illnesses. “There is increasing evidence that foods with a low glycemic index can reduce your risk of developing Type 2 diabetes,” says Dr. Williams. “If you already have diabetes, it could potentially reduce the risk of long-term complications. Other studies show that it’s beneficial for certain cholesterol levels.”

It stands to reason that a diet full of high glycemic index foods would (among other things) up your risk for Type 2 diabetes or insulin resistance. “It can definitely contribute to weight gain, and then the complications that go along with that, such as stress on the cardiovascular system,” Dr. Williams says. “It’s definitely going to make your cholesterol metabolism worse off.”

Dr. Williams says there aren’t many downsides to a low glycemic index diet, save for a few exceptions. “If you’re already on insulin and drastically change the way you eat without changing insulin dosages, this could put you at increased risk for low blood sugar,” he says. Additionally, if your cholesterol increases after going on a low-carb diet (for example, the keto diet), a low glycemic index diet also might not be the best choice.

Dr. Williams says low glycemic index foods are ones with a number that’s 50 or less. Some of these include:

High glycemic index foods tend to have a number over 70 and include:

Why the glycemic index of foods differs

Dr. Williams cautions that determining the glycemic index ratings for individual foods is an imperfect science. “It’s going to be different for each food, depending on how it’s processed or prepared, and then how each individual person responds,” he notes.

Different versions of the same food will also vary due to ingredients. “Yogurt that’s marketed for kids is going to taste delicious because it has a lot of sugar or artificial sweeteners, like high fructose corn syrup — versus plain Greek, regular fat yogurt. They might have very similar amounts of carbs, but the glycemic index is very different because of the number of proteins and fats and the quality and quantity of the sugar that’s in there.”

How much you eat of a certain carb-heavy food can also have an effect. For example, a small sip or two of soda won’t have as big an impact on your body as a large portion of whole-grain rice — even though the latter is generally perceived as healthier.

As with many diets, Dr. Williams stresses that “moderation” is key, as is striking a balance between eating low and high glycemic index foods.“We’re all human,” he says. “It’s very difficult for most of us to try to eliminate any one kind of food if we like it. So it’s all about having portions that are reasonable and not going overboard.”

Is Oatmeal Always Healthy for Breakfast?

What You Should Know About Sugar Alcohols

How to Protect Your Heart When You Have Prediabetes

The Top 10 Worst Foods if You Have Diabetes 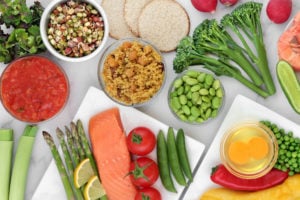 What Is the Glycemic Index?

The glycemic index can identify which foods cause wild swings in blood sugar. Here’s a rundown of what foods are part of a low glycemic index diet, and which to avoid.