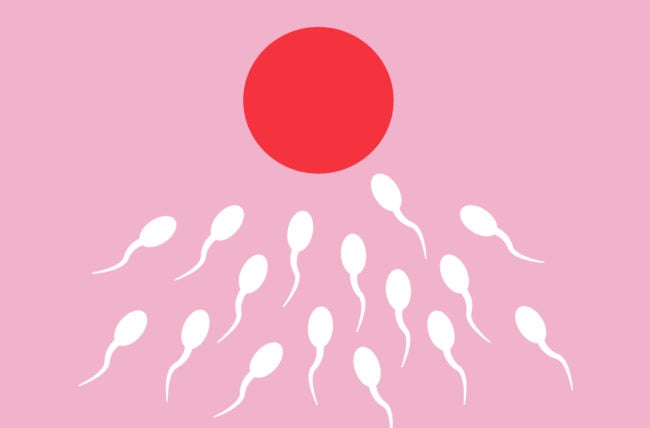 Missed your period? Or just eager to find out if the bun is indeed in the oven?

For some people, getting pregnant can take time and planning. For others … it just happens.

If you’ve had unprotected sex recently, you may be wondering how long it may be before you know whether you’re pregnant.

Those over-the-counter tests say they’re 99% accurate, but with something as important as whether you’re going to have a baby, can you really rely on a piece of plastic you picked up in the supermarket health and beauty department?

Dr. Robinson Tidmore breaks down the journey to pregnancy and how early you can find out whether you’re pregnant.

Conception and implantation: A timeline

Without getting all “birds and the bees” about it, there are several steps that go on in your body to create new life. A quick look at these different phases will help to better understand when pregnancy actually happens and when it can be detected.

Ovulation: About 2 weeks before your period

This is your window to become pregnant. About two weeks after your last period (smack in the middle of a “typical” 28-day cycle) is when you ovulate. That means your ovary has released an egg and it’s hanging around in your fallopian tube waiting for sperm. You’ll ovulate for about 12 to 24 hours. If the egg isn’t fertilized, it’ll be reabsorbed by your body.

Conception: About 24 hours after unprotected sex

If you have unprotected intercourse during your ovulation window, sperm start swimming all fast and furious to reach the egg. Conception happens if a sperm wriggles its way in to fertilize the egg.

Implantation: About 6 days after unprotected sex

After an egg is fertilized, it attaches itself to the lining of your uterus. That triggers a placenta to begin to form.

Home pregnancy tests — the sticks you find at the drug store that measure hCG in your urine — are most people’s first step to determining whether they’re pregnant. One study says they’re the go-to for 76% of people seeking to detect pregnancy.

For people with regular menstrual cycles, a home pregnancy test can generally detect pregnancy about four weeks from the first day of your last period. That’s two weeks after ovulation and right around the time you should be expecting your next period to come, if you have a 28-day cycle.

If your period is less-than-punctual, Dr. Robinson Tidmore suggests taking a home pregnancy test two weeks after having unprotected sex is a good rule of thumb.

And, yes, you can trust that the results on the stick are for real.

“In general, home pregnancy tests are sensitive and accurate,” Dr. Robinson Tidmore says. “Some of the tests on the market can detect pregnancy even before a missed period, but that effectiveness can vary. You can be confident, though, that if your period is usually regular and you’re a day or two late for your period, the results from a home-based test will be accurate.”

In some cases, a healthcare provider may order a blood test to determine if you’re pregnant. This is most often done for people who are undergoing fertility treatments or if, say, you’re about to have surgery or have medical tests performed where knowing whether you’re pregnant is important.

A doctor’s blood test can detect pregnancy just a few days earlier than a home test — usually around 10 days after you ovulate.

If your cycle doesn’t always match up to the calendar and you haven’t been actively testing yourself for pregnancy, you may notice some changes that can be your first clue that you may be pregnant.

Pro tip: No two pregnancies will look and feel the same. If you’re relying on symptoms alone to determine whether you may be pregnant, you’ll want to be extra vigilant about checking in on yourself and assessing any changes, Dr. Robinson Tidmore advises.

Most early pregnancy symptoms don’t appear until around eight weeks after the first day of your last period, though sometimes, they can come on earlier. For some people, some symptoms may appear right around the time you miss your period.

Some other common early pregnancy symptoms include:

One symptom to be especially cautious of is pain that you feel in just one side of your lower abdomen, especially if it’s accompanied by dizziness or bleeding. In this case, you’ll want to call a healthcare provider right away. This could be a sign of an ectopic (tubal) pregnancy. That happens when a fertilized egg implants in a fallopian tube instead of your uterus. This can be very dangerous.

Talking to a doctor

So, you just found out you’re pregnant … now what?

One of your first calls should be to a doctor’s office, but don’t expect that they’ll need to see you right away.

“Some people think that if they’ve had a positive home pregnancy test, we’ll need them to come to the office and confirm they’re pregnant,” Dr. Robinson Tidmore says. “Because home tests are so accurate, most healthcare providers will accept that positive test as confirmation of your pregnancy and will look to schedule you several weeks later.”

At that first appointment, expect that your healthcare provider will perform tests, like an ultrasound, to confirm your pregnancy is progressing normally.

Before that first appointment, however, there are a few things you can do to get your pregnancy starting off healthy:

Finding out you’re pregnant can be exciting and nerve-wracking, terrifying and thrilling. Knowing you’re pregnant as soon as possible can help you keep yourself and your baby safe and healthy.

Ovulation Calendar: What It Is and How to Use It 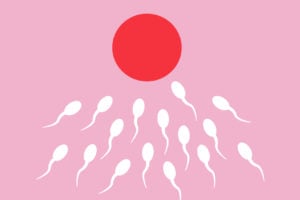 How Soon Can You Tell You’re Pregnant?

Home pregnancy tests are how most people find out they’re pregnant, and for good reason. They’re safe, accurate and almost as quick to detect early pregnancy as a doctor’s blood test. Here’s how soon you can know if you’re pregnant.