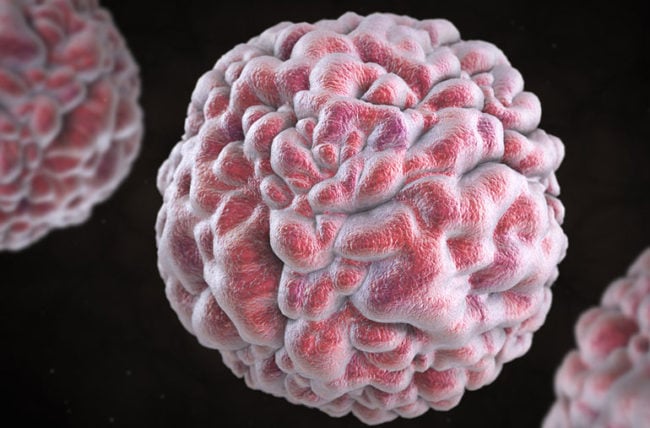 Q: My husband had norovirus last week. Is everyone in my house now in the clear ― or could we still catch it?

A: Norovirus is a troublesome stomach bug because not only is it easy to catch, it’s very hard to kill.

It can last for weeks on a counter, on an elevator button or even on a doorknob. If somebody doesn’t wash their hands thoroughly after going to the bathroom, you can catch it. Norovirus isn’t killed with hand sanitizer, so you must practice very good hand-washing.

Norovirus can be spread almost anywhere people are in close contact with one another, whether that’s a daycare or a cruise ship.

Most people get it either through direct contact with someone who has it, or from touching a surface that has been contaminated with the virus.

Symptoms, which include nausea, stomach pain, vomiting and diarrhea, will usually begin to appear within a day or two and then will last for about two to three days. But don’t stop disinfecting just yet! Some people who catch norovirus can remain contagious for days or even weeks afterwards.

The average person will catch norovirus about 5 times in his or her lifetime. It’s more common during cold weather months, but it can strike year-round.

And while the illness is also referred to as the ‘stomach flu,’ it’s not at all related to influenza. That means a flu shot won’t protect you from catching it.

Norovirus can’t be treated with antibiotics. So those who get sick are typically advised to get plenty of fluids, rest and avoid contact with others to keep the illness from spreading.

Since it’s so contagious, you need to be exposed to only a very few viral particles to catch it. (It’s much more contagious than many other viruses!) And, it’s important to note that when you have a lot of people close together ― and someone’s sick or vomiting, it can actually be caught through the air too.

6 Safe Ways To Stop Your Period

What Are the ‘Sunday Scaries’?

How Long Do Norovirus Germs Live on Household (and Office) Surfaces?

Find the answers to questions that pique your curiosity in our series, “The Short Answer.” Family medicine specialist Daniel Allan, MD, fields this one about how long norovirus lingers.