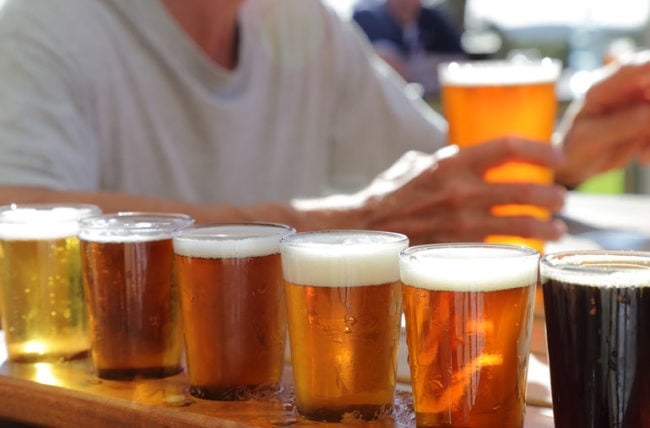 Even when we have the best of intentions, we can tend to overindulge in … well, everything. Whether it’s a second helping of dinner, snacking on sweets or a venti-sized coffee, we often go a little too far. And that’s especially true — and risky — when it comes to alcohol.

Overdoing it with booze occasionally, like at a wedding or birthday party, might be fine (though your headache the next morning might make you think otherwise). But when does drinking frequently cross the line into being problematic? And what are the health risks of alcohol overconsumption? To gain some insight into these concerns, we spoke with hepatologist Jamile Wakim-Fleming, MD.

What are alcohol consumption guidelines?

It’s first best if we understand some of the dietary guidelines around alcohol. The U.S. Department of Agriculture and U.S. Department of Health and Human Services’ “Dietary Guidelines for Americans, 2020-2025” recommends adults of the legal drinking age should either not drink or limit their drinking to two drinks a day or fewer for men and one drink a day or fewer for women.

The guidelines say those who shouldn’t consume any alcohol under any circumstances include:

As for how much alcohol is considered standard, the guidelines define a standard drink as:

There are nuances to consider with these guidelines, though. While major American brands of beer have a 5% ABV measurement, many popular craft beers have higher alcohol content. That IPA you love might have an ABV of 7% or higher, so keep an eye on it when you’re knocking them back at your next summer barbecue.

But, as Dr. Wakim-Fleming explains, we also have to be cautious when applying these guidelines to our own habits for several reasons that go beyond the alcohol content of your beverage.

According to Dr. Wakim-Flemings, there are a few factors to consider when it comes to alcohol affecting you because each person is different. She outlines the following as the main ones when weighing alcohol consumption.

Those factors are largely outside of our control. But other things we can control should also be considered, Dr. Wakim-Fleming advises. For instance, she says, “Drinking on an empty stomach is more toxic than if you’ve had something to eat. There’s no food to help absorb the alcohol so more goes into your blood system.”

How many drinks are too many?

Taking into account all of these factors, Dr. Wakim-Fleming says there are still ways to figure out where a person crosses the line into overindulging in alcohol, and separating what’s considered “binge” drinking, “heavy” drinking and “excessive” drinking.

Studies have shown that even if you only occasionally drink alcohol, drinking regularly over a long period can have negative outcomes on your health. “It’s a cumulating effect caused by drinking over time,” says Dr. Wakim-Fleming.

That kind of alcohol consumption can lead to severe reactions in your body, including:

The loss of judgment that comes from binge drinking can cause you to make poor choices, too, including driving under the influence, physical altercations and even further physical injury.

Dr. Wakim-Fleming says excessive drinking is essentially the same as binge drinking. The CDC also includes underage drinking and drinking by women who are pregnant.

Excessive drinking is something that’s thought of more in the short term, but can still be extremely damaging to your body, especially as it becomes a habit and potentially leads to more long-term, heavy drinking.

And no matter which category you fall into, there are consequences. “You subject your body to more health risks, to more toxicity and you begin a cycle of withdrawal problems,” she adds.

How does too much alcohol affect your body?

So, more about those consequences. “Alcohol affects the body in two ways,” says Dr. Wakim-Fleming. “The initial stage occurs right after drinking. Drinking causes inflammation of your swallowing tube [esophagus], stomach and gastrointestinal tract. Additionally, your liver is also inflamed which causes it to become enlarged and tender.”

If you stop drinking at this stage, she says, that inflammation is reversible. But if you continue to drink excessively over time or become a heavy drinker, that leads to serious complications.

“If your drinking and inflammation continues daily, it leads to scarring and becomes irreversible, as in cirrhosis, which can lead to cancer,” notes Dr. Wakim-Fleming.

Both the American Cancer Society and the American Society of Clinical Oncology advise that alcohol directly raises the risk of cancer. The types of cancer of the gastrointestinal system that drinking alcohol can lead to include:

“The important thing to remember is that these organizations consider alcohol a modifiable risk factor for cancer, which means you can do something about it,” adds Dr. Wakim-Fleming. “That means following their guidelines and avoiding drinking.”

How alcohol affects your brain

You may not realize it, but the most common consequence of overconsumption of alcohol — the hangover — is the alcohol directly affecting your brain. In the immediate aftermath, your hangover can include poor concentration, lagging reflexes, headache, nausea and vomiting.

Over time, though, excessive amounts of alcohol do far more damage to your brain, resulting in consequences beyond just an unpleasant morning after. “You can end up with alcohol dementia and a type of nerve damage we call neuropathy,” cautions Dr. Wakim-Fleming.

Some of the symptoms of neuropathy include:

Chronic alcoholism has also been linked to poor diets, which deprive your body of necessary vitamins and nutrients, which can compound issues with many parts of your body, including your brain and central nervous system.

How alcohol affects your heart

Alcohol can adversely affect muscles, and your heart is a muscle. Heavy drinking can lead to a poor diet, which means your muscles are using empty calories from alcohol rather than healthy foods.

The result can be a dilated heart muscle and, eventually, dilated cardiomyopathy. Your heart weakens and can’t pump blood as strongly, which can cause your kidneys to retain more fluid. That can lead to fluid build-up in your extremities and lungs, and even to congested heart failure.

How alcohol affects your liver

Excessive and heavy drinking can lead to cirrhosis and liver cancer. But, says Dr. Wakim-Fleming, the risks go beyond that.

Cirrhosis of the liver, which causes scar tissue that prevents your liver from functioning properly, is often caused by alcoholism. “Because that scarring affects the ability of the liver to function, it can lead to life-threatening conditions. And that’s why alcohol is one of the most common reasons for a liver transplant.”

Will one night of drinking impact your overall health?

Excessive drinking in one night can lead to acute damage and cause alcohol poisoning, which has severe consequences including, at its most extreme, death.

But if you drink only occasionally and in moderation — say, a glass of wine with dinner or a beer at a ballgame — it’s not going to create long-term damage. It’s all about moderation and avoiding chronic use, says Dr. Wakim-Fleming.

And while following recommended guidelines is important, it’s also about knowing yourself and your limits. “We don’t have personalized medicine when it comes to alcohol because everyone responds differently,” she says.

Even if you’re not overdoing it, consider taking a break or several breaks throughout the year. “Any break is good because your body needs time to reduce that inflammation. Taking a month or two off from consuming alcohol can help,” she suggests.

“Know your body, know your personal and family history and know your limits,” she continues. “Know what’s good for you because what works for others won’t necessarily work for you. Take charge of your health and if you need, seek help, whether from family, friends or other support groups and always discuss with your doctor.”

Is Acetaminophen Safe to Take When You’re Drinking? 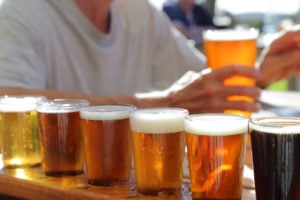 An occasional beer or cocktail is usually OK, but our expert explains how drinking alcohol in excess can do long-term damage to your health.