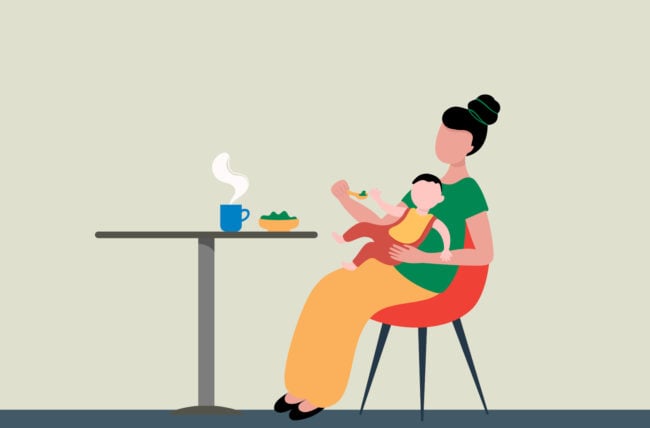 From an aversion to green foods to a love for mac ‘n’ cheese, your child is, shall we say, highly discriminating when it comes to what they’ll eat. And, picky eating typically starts during the toddler years.

“Normal picky eating can start anywhere as early as age 2 or 3,” says registered dietitian Jennifer Hyland, RD, CSP, LD. “Usually during infancy, children are adventurous eaters and they’re trying new things. The picky eating really creeps up around the time they become toddlers. Parents will say, ‘My kid ate vegetables and they liked this and they liked that and now they don’t eat anything.’ We see that pretty frequently.”

But don’t give up on efforts to entice your child to eat a broader range of foods.

“It’s important to continue to expose children to new foods over time to get them to try them,” says Hyland.

There’s a wide spectrum of behavior when it comes to picky eating. But for most children, picky eating doesn’t go away on its own unless parents really work at it.

Research shows it can take anywhere from 10 to 20 tries, and often more, for a child to like a particular food.

Here are some tips on how to get your children to be more adventurous when it comes to eating.

You want to make mealtimes a safe, enjoyable space, so don’t force your kids to eat if they say they aren’t hungry or even make them clean their plate (are those last two bites of peas worth the battle?).

Doing so could lead your child to connect food with anxiety and frustration.

“Forcing food can cause your child to distrust their own appetite and lead them to believe that they can’t regulate their own hunger cues,” warns Hyland. “It can be very confusing as they grow. Also, research shows that forcing food doesn’t make a kid less picky.”

Keep up a routine

Make sure you serve meals and snacks around the same time every day. Aim for three meals and two snacks each day. This’ll help establish a routine.

And watch what kind of snacks you offer: apple slices are great, while cookies shouldn’t be a regular choice. Filling up on unhealthy snacks might decrease their appetite when it comes time to eat a meal.

“Children thrive on routine. It’s the parent’s job to choose what’s served and when it’s served,” says Hyland. “If you’re offering food every few hours throughout the day, they have many opportunities to eat, versus grazing and filling up on snack foods and then not being hungry for meals.”

Large portions of new foods can be overwhelming for children. Instead of serving a whole scoop full of a nonpreferred food, put one bite on their plate. Your child may not touch it, but continued exposure to these foods over time will often eventually lead to them getting curious.

“Big portions are scary for kids,” says Hyland. “Start small and you can always add more.”

Instead of focusing on how food tastes, talk about how the food looks from its color, shape, texture and smell.

Also, seeing you try new foods and eating a variety can help your child feel OK when it comes to branching out. Remember to practice what you preach.

“When I see picky eaters, I don’t allow them to use words like “yuck” or “gross,” says Hyland. “Instead, they have to describe how the food actually looks, smells or tastes.”

Think about presentation when making meals. Can you cut foods into fun shapes with a cookie cutter? Add dips like ranch to a side of broccoli or hummus with baby carrots.

“Sprinkles also go a long way. Yes, actual sprinkles, or foods that they can shake on like sprinkles. Think seasonings, herbs and chia seeds,” says Hyland. “If a kid doesn’t like the food presented, I would ask what we can add to make it more exciting. Sometimes, it really is as simple as that.”

Cook the same meals for all family members

At mealtime, it’s helpful to have at least one food on the plate that you know your child will eat. But be sure to give everyone at the table the same foods.

“Try your best to cook the same meal for the whole family,” advises Hyland. “The child may not eat all of it, but it’s important that you present it, and that you set an example of trying these foods yourself.”

Get kids involved in meal planning

When you’re grocery shopping, ask your child to pick out some fruits and vegetables. Making them feel like they have control over the situation can positively influence whether they try it during a meal.

You can also have your kids help with washing vegetables and setting the table.

“When kids do things themselves, they have more ownership over it and may be proud to try what they make,” explains Hyland. “Sometimes this works and sometimes it doesn’t, but keep them involved and they will eventually try things.”

While it’s easy to use a smartphone or TV to occupy your child’s attention while you eat, it can distract your child.

“Not only do I want kids focused on the food, but I want them focused on family time and conversation,” says Hyland.

From dessert to candy, it can be easy for parents to say no to those sugar-laden treats. But establishing healthy guidelines — which includes occasional treats — can help your child learn how not to overindulge and how to set boundaries.

“When you make treats a restricted food, kids and adults will crave them more,” says Hyland. “I suggest serving the occasional treat with the meal, rather than making them eat all their food to have a reward at the end.”

Should parents worry about their picky eater?

If this is you, it’s a good time to meet with a registered dietitian or physician because there are ways to combat that problem, while still improving your child’s picky eating habits.

“The most important thing a parent can do with a choosy eater is to be consistent and not give up,” says Hyland.

How to Pack a Healthier School Lunch for Your Child

What Should My Preschooler Be Eating?

Know Someone Who Deserves a Picky Eater Award? 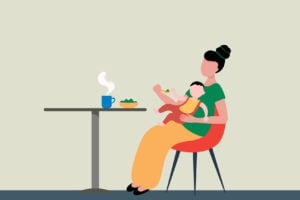 We all have foods we like and don’t like. But if your toddler has become a picky eater, there are strategies that can help them experience new foods.