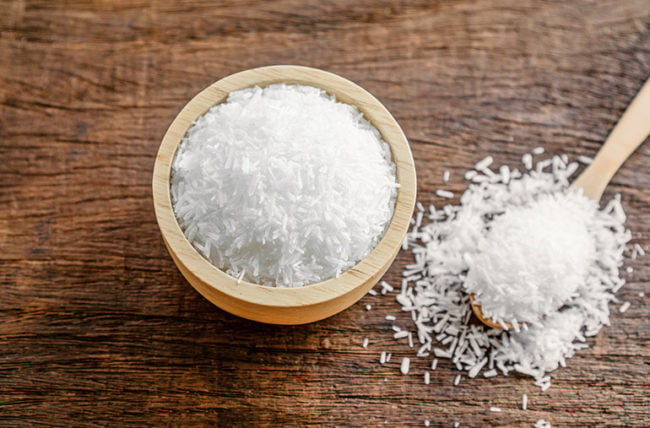 It’s one of the most popular flavor enhancers in the world, but MSG — short for monosodium glutamate — has a marketing problem.

In the late 1960s, the ingredient came under fire for allegedly being a toxic addition to some of your favorite foods, from soups and salad dressings to Chinese takeout and French fries. It became so stigmatized, in fact, that some restaurants started advertising that they’d cut MSG from their menu entirely.

Since then, research has debunked the myth that MSG is a villainous ingredient, and research shows that in small amounts, it doesn’t cause any significant or lasting harm. Registered dietitian Beth Czerwony, RD, explains what MSG is, how it got such a bad rap and what we now know to be true about it.

You’ve probably heard that MSG is bad for you, but … wait, what is MSG, anyway?

“MSG is one of the most widely used food additives, and it’s in a lot more foods than people think,” Czerwony says. “It’s most commonly thought of as being in Chinese food, but it’s in a lot of other things, as well.”

Though it naturally occurs in tomatoes, cheeses and some other foods, MSG is also commonly added to processed items like:

Umami foods increase saliva production — literally, they make your mouth water — which improves the way food tastes. And although MSG does add a salty flavor to foods, it has just one-third the amount of sodium as standard table salt, which makes it a popular substitution.

MSG been used as a flavor enhancer in since the early 1900s, but it started to get a bad rap in the late 1960s. Suddenly, MSG was said to be associated with all kinds of health issues, and for a while, it was branded a “toxic” ingredient.

Now, though, most of those myths have been dispelled, and the U.S. Food and Drug Administration (FDA) says MSG is “generally recognized as safe.” Global food-regulating bodies like the United Nations Food and Agriculture Organization (FAO) and the World Health Organization (WHO) agree.

Still, MSG continues to be a controversial ingredient, in part due to a longstanding stigma against it and a lack of conclusive data about it.

What is MSG symptom complex?

If you’ve ever heard someone talk about having “an MSG attack,” they’re referring to experiencing a group of symptoms sometimes said to occur after consuming MSG.

These symptoms were first reported in 1968. They include:

This sensitivity is sometimes called “MSG symptom complex,” but research shows that it only affects a very small percentage of people who are sensitive to MSG — and even then, these effects are short-term and should disappear in less than an hour.

What’s more, the FDA says such side effects are most likely to occur after a person with MSG sensitivity has consumed 3 grams or more of MSG without food. That, in itself, is pretty unlikely, given that most people consume MSG in food, and most food contains less than 0.5 grams of added MSG.

In other words? MSG is still generally thought to be safe in moderation — and most foods that contain it only have a very small amount.

Are you sensitive to MSG or is it something else?

Sometimes, Czerwony says, a societally ingrained bias against MSG leads people to assume they’re having a reaction to MSG, which can prevent them from identifying the real culprit.

“Your symptoms might be from something else in the food,” she says. “There’s MSG in fast food, snack foods, seasoning blends, instant noodles, frozen meals — all foods that are highly processed and can cause issues like flushing, headaches or a change in blood pressure from your body’s response to high salt content and other ingredients.”

So, it may very well not be the MSG that’s making you feel ill, but the fact that you’re eating foods that are already highly processed, fried, full of sodium, etc.

Does MSG cause obesity?

A common criticism of MSG is that it’s associated with higher rates of obesity. MSG has not been shown to affect fat cells, leptin receptors or other parts of the body associated with weight gain, but some research still shows that higher MSG intake is related to a higher body mass index (BMI) over time. Still, studies on the topic show conflicting results, so right now, there’s no certain proof of how MSG and obesity are linked.

One explanation for the ingredient’s possible link to obesity, Czerwony says, is that because MSG makes our food taste better, we’re inclined to eat more of it — which can, in turn, cause weight gain.

“When your food tastes better, you’re likely to eat more of it,” she says. “And again, umami foods increase your saliva production. Saliva is a palate cleanser, so it helps you to taste the food much more — and then you may want to eat more of it.”

How do I know if there’s MSG in my food?

Because of the ongoing controversy surrounding MSG, the FDA requires MSG to be listed on the labels of processed foods that include it.

“Just do your best to read your food labels, “Czerwony says, “and if you go out to eat, you can ask to have the MSG left out of your dish. Just know, though, that without it, your meal may not have the same umami taste you’d otherwise expect.”

If you experience negative side effects when you consume foods that have MSG, you may want to avoid it. Most people, though, can rest easy knowing that MSG isn’t the toxic ingredient it was once purported to be. There’s no reason to avoid small amounts of MSG in your diet — so go ahead, enjoy that stir-fry worry-free!

Recipe Adventure: 6 Ways To Take Pancakes to a New Level

5 Foods That Can Cause Inflammation

Is Sugar Bad for Your Heart?

Why and How To Start an Anti-Inflammatory Diet

Do You Know Where Salt Is Hiding in Your Food? 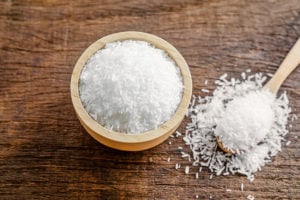 Is MSG Actually Bad for You?

This flavor enhancer is added to processed foods, Asian cuisine and some fast food meals to improve taste. But MSG isn’t the villainous ingredient it was once thought to be. A registered dietician explains.