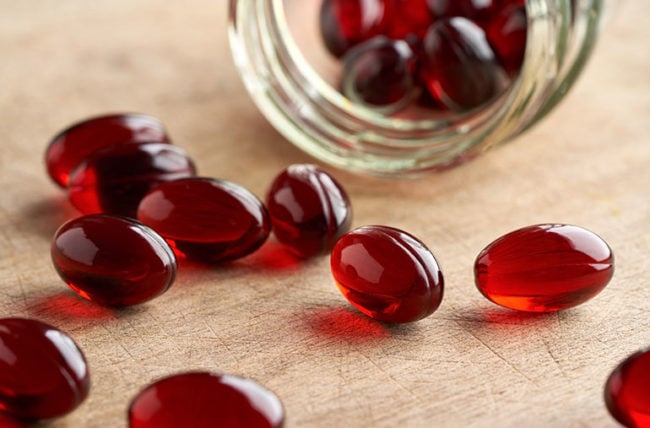 Eaten by whales and penguins, krill is a small crustacean found in the ocean. But krill may also have benefits for humans.

So should you be taking krill oil?

Registered dietitian Mira Ilic, RD, talks about the benefits of krill oil and whether it’s right for you.

What is krill oil?

While the word krill means “small fish” in Norwegian, the tiny crustaceans pack a big punch with their sources of docosahexaenoic acid (DHA) and eicosapentaenoic acid (EPA), two omega-3 fatty acids only found in marine life.

“Research has shown that these omega-3 fatty acids may benefit heart health, as well as inflammation,” says Ilic.

While krill and fish oil both have DHA and EPA, it’s believed that those omega-3 fatty acids found in krill oil have a higher bioavailability — or rate of absorption in your body — than fish oil.

It might have something to do with the DHA and EPA being found as molecules called phospholipids in krill oil. In fish oil, the DHA and EPA are stored in the form of triglycerides.

More research is needed to determine the exact reason krill oil might be absorbed more easily.

Studies have shown krill oil may have a variety of health benefits. Here are some possible ways it can help you.

It may help your heart

Research shows that krill oil may be effective in reducing total cholesterol and triglycerides. It may also increase HDL (good) cholesterol levels.

“We know that high triglycerides increase the risk of heart disease,” says Ilic. “There might be an improvement in HDL, but some studies have shown an increase in LDL, which you don’t want to increase.”

It may reduce inflammation

Research shows that omega-3 fatty acids, which are found in krill oil, may decrease blood pressure in some individuals.

“Krill oil might have a modest effect of lowering blood pressure,” says Ilic.

Krill oil also contains astaxanthin, a pigment that’s found in carotenoids (it’s also what gives salmon its pink-red color). Astaxanthin has been shown to also have anti-inflammatory and antioxidant benefits, which may help fight the negative effects of free radicals on your brain and nervous system.

It may reduce arthritis and joint pain

Another study examined how krill oil may reduce the symptoms of rheumatoid arthritis. Those who took 300 milligrams of krill oil each day for 30 days saw an improvement in symptom reduction and used less rescue medication.

It can also help with pain. A small study gave participants with mild knee pain krill oil for 30 days. The results showed a significant reduction in pain while they were standing or sleeping.

It may help with PMS symptoms

For those who deal with PMS, using krill oil may help alleviate period pain and other symptoms. A study compared fish oil to krill oil and while both supplements improved symptoms for those with PMS, the individuals taking krill oil needed less pain medication.

Should you take krill oil?

Some people have noted there’s still a fishy taste, even when taking krill oil. There are also some minor symptoms you might have while taking krill oil like diarrhea, headaches, heartburn and an upset stomach.

“Fish oil and krill oil are known to have blood-thinning effects,” says Ilic. “So for people who take blood thinners, so check with your doctor before taking omega-3 supplements.”

And if you plan on having surgery, skip the krill oil. “People who are going to have surgery should discontinue use because of the blood-thinning effect,” says Ilic.

Ilic notes that anyone with a seafood allergy could have problems as well. There’s also not enough research on krill oil effects, so steer clear of it for now if you’re pregnant or breastfeeding.

Be sure to talk to your doctor before adding any supplement. But the best way to get omega-3s? From eating cold-water fatty fish like salmon, herring, mackerel, trout and sardines. You can also get omega-3s from flaxseed, chia seed and walnuts.

“Studies have more positive conclusions when you’re getting your omega-3s from food itself because there may be other components in food that act together to get the best benefits,” says Ilic.

How Omega-3 Foods Can Help You Be a Better Athlete

Expectant Moms: Choose a Prenatal Vitamin With These Key Nutrients

Why and How To Start an Anti-Inflammatory Diet

7 Sneaky Signs of an Unhealthy Diet 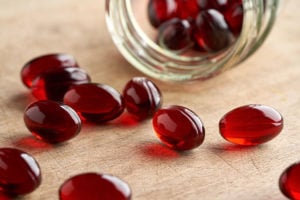 Similar to fish oil, krill oil may help reduce inflammation and is a good source of omega-3 fatty acids. So how do you know if it’s right for you? A Cleveland Clinic dietitian breaks down the benefits and what to consider before taking krill oil.