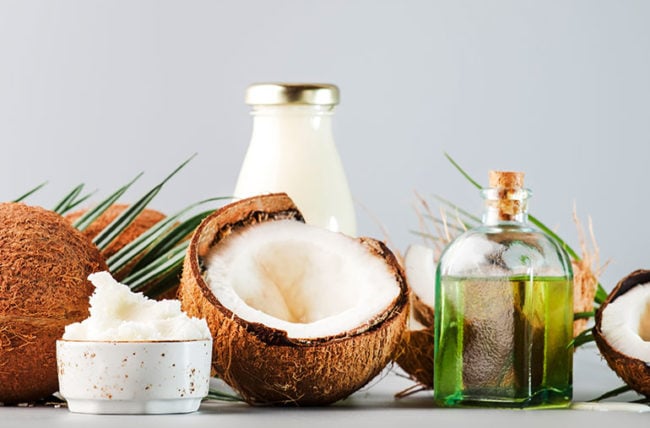 Promises, promises, promises. It seems there’s always some sort of dietary product drawing attention with claims that it can melt away pounds, boost performance or offer a healthy energy surge.

Which brings us to MCT oil, a legendary liquid built from dietary fat. The product grew in popularity thanks to the high-fat, low-carb keto diet.

But does MCT oil really deliver healthy benefits? And is it something you should consider trying? Let’s look into it and explore the research and science with registered dietitian Anthony DiMarino, RD.

What is MCT oil?

MCT oil is a dietary supplement often distilled from coconut oil, which is made from the tropical fruit. MCT powder is manufactured with MCT oil, dairy proteins, carbohydrates, fillers and sweeteners.

“MCT oil is more popular since it is less processed and a more concentrated source of MCTs,” says DiMarino. (In case you were wondering, MCT stands for “medium-chain triglycerides,” which we’ll talk about later.)

MCT use for health reasons can be traced back to the 1920s, when doctors introduced the ketogenic diet as a way to manage epilepsy in children. The reason? The high-fat, low-carb diet essentially helps change how the brain gets the energy to function.

It became more mainstream, though, as the keto diet grew in popularity. The product quickly began popping up in health food stores and online marketplaces.

So, what can MCT oil do for you? Well, here are a few of the reported benefits.

Feeling full is a good way to stop the snacking and extra eating that can lead to extra pounds — and MCT oil may be able to help in that regard.

Researchers found that MCT oil may promote the release of hormones that signal your belly is at capacity, which can reduce appetite. The study connected the usage of MCT oil with lower overall food intake.

Another study suggested that MCT oil could promote a small amount of weight loss, though it noted more research is needed to gauge its potential.

As an easily digested form of fat, MCT oil can provide a quick burst of energy after being consumed. (The properties of MCT oil allow it to bypass some of your body’s normal absorption process.)

DiMarino cautions against reading too much into this, though: “Metabolism is a very complex process and is not that straightforward,” he says.

MCT oil is a proven performance enhancer … or at least it is for mice.

Researchers found that mice on a diet heavy in MCT outperformed their counterparts eating regular mouse chow. The study involved mice running on a treadmill in average and high temperatures.

The mouse-based study noted that its findings were consistent with research that gave frail elderly adults MCT and other supplements. People in the three-month trial showed increased grip strength, walking speed and other fitness measurables.

So, what else is said about the wonders of MCTs? Some think it could prevent chronic diseases such as diabetes and Alzheimer’s. Some suspect it may improve autism behaviors. There’s speculation it could help manage blood sugar levels or reduce inflammation.

But these theories still require a lot more research.

“Many claims have been made about the health benefits MCTs provide, which has placed a ‘health halo’ around this nutrient,” says DiMarino. “However, researchers have been unable to provide concrete evidence.”

As noted above, MCT is an acronym for medium-chain triglycerides. So, what are those? Glad you asked!

Triglycerides are a major form of dietary fat found in the bloodstream. They’re made up of three chains of saturated or unsaturated fatty acids that are linked by molecules of glycerol, which is a form of alcohol.

Now, triglycerides do help give your body energy, which is good. But if your triglyceride and cholesterol levels are high, that can increase your risk of heart attack, stroke and pancreatitis, which is obviously bad.

The dietary difference between MCTs and LCTs

MCTs and LCTs are digested a bit differently, notes DiMarino. As MCTs are smaller, they’re transported directly to your liver through your circulatory system. While in your liver, they’re converted into usable energy.

The digestion of LCTs requires an additional step through your lymphatic system, as they’re so big. If these triglycerides aren’t used quickly as energy, DiMarino says they’ll be stored as fat. (MCTs don’t seem to have the same storage effect.)

Adding MCT to your diet

In small doses, MCT products should be safe unless you have a heart or liver condition. The key phrase there is “small doses.” Don’t start chugging MCT oil or adding a scoop of MCT powder to everything.

“MCT oil would be safe in small doses for most generally healthy individuals,” DiMarino says. “I would not recommend it to someone who is living with fatty liver or heart disease because MCTs are still fats.”

He suggests talking with a healthcare provider before adding MCT to your diet.

MCTs can be found in:

MCTs are even present in breast milk.

How to use MCT oil or powder

MCT oils have the same consistency as other oils and can be mixed into dressings, soups or broths or just drizzled over vegetables, says DiMarino. MCT powders work better with protein shakes or smoothies. (MCT oil is an option for those, too.)

But if you embrace this dietary trend, go in with realistic expectations.

“No one nutrient should be considered a silver bullet,” cautions DiMarino. “When I see a supplement promising several health benefits, I get skeptical. MCT oil could be helpful if it’s added in small doses to a well-balanced and varied diet, but don’t think it will solve everything.”

If taken in large doses, MCT oil or powder may cause abdominal pain, nausea, vomiting and diarrhea, warns DiMarino. Long-term use of MCT oil products also could lead to fat building up in the liver.

Is Buttered ‘Keto Coffee’ Good for You?

How to Lower Your Risk of Future Pancreatitis Attacks

The Best (and Worst) Foods for Pancreatitis Pain 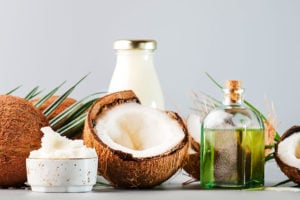 Is MCT Oil Worth the Hype?

From promoting weight loss to improving athletic performance, the wonders of MCT oil seem endless. But what does the latest research say?