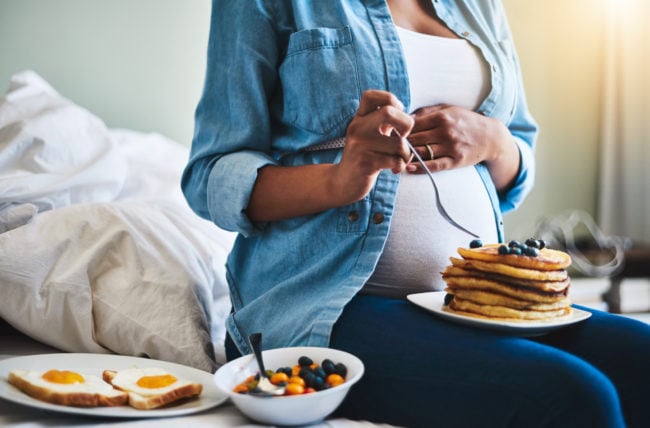 You know you’re not really eating for two. But should you pass on that ice cream and soda?

The risks of eating too much sugar and its impact on heart health has been well documented. Now, a recent study examined how a pregnant mom’s sugar intake — as well as sugar in early life — can impact a child’s brain function.

The study looked at data from 1,234 pairs of mothers and children. Pediatric dietitian Jennifer Hyland, RD, did not take part in the study, but says it showed that sugar-sweetened beverages were especially a problem.

“The study was looking at how much sugar, specifically sugar-sweetened beverages, that mom was consuming during pregnancy. And it also looked at young children — how much sugar they were consuming,” she explains. “They found that high sugar intake essentially had a negative impact on their cognitive function in the early childhood years.”

Researchers found that women who had high-sugar diets, including those who drank a lot of diet soda during pregnancy, were more likely to have children with poorer cognitive skills including non-verbal abilities to solve problems and verbal memory.

The same was true for young children who consumed greater amounts of sugar during early life.

Eating fruit with natural sugar, however, was associated with greater visual motor abilities and verbal intelligence.

How sweet is sweet enough?

Hyland says many people don’t realize how easy it is to exceed the daily sugar limit with their children.

Some seemingly healthy items like yogurt, granola and fruit juice can have a lot of added sugar hiding in them, she adds, which is why it’s always a good idea to read nutrition labels thoroughly.

Natural sugar (like that found in fresh fruit) doesn’t count against the daily limit, though.

In fact, Hyland says fresh fruit is an important part of a child’s healthy diet and is a good alternative to other foods for a child with a sweet tooth.

“The sugar found naturally in fruit did not have a negative association with cognitive function,” she says. “Fruit is extremely healthy — it has vitamins, minerals, it also has fiber in it, which delays the rise of blood sugar. That’s beneficial for things like weight management and energy level.”

Complete results of the study can be found in the American Journal of Preventive Medicine.

Toddlers Are Getting Too Much Added Sugar from Yogurt, Granola Bars & Peanut Butter

What to Do When Your Child Eats Too Much Sugar

Are Artificial Sweeteners OK for Kids?

Can Your Weight Before (and During) Pregnancy Impact Your Child’s Risk of Obesity?

11 Essential Oils: Their Benefits and How To Use Them

Can Cherries Help You Get a Better Night’s Sleep? 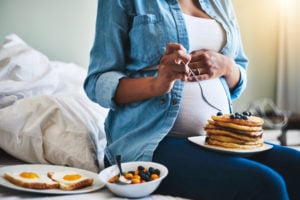 Moms-to-Be: Too Much Sugar During Pregnancy Can Hurt Your Child’s Brain Function