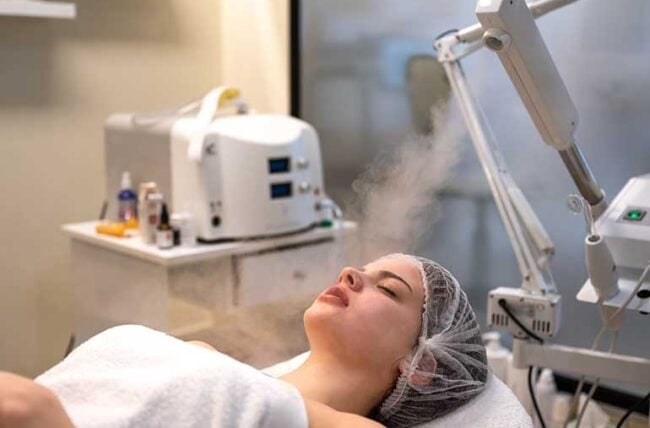 In general, toxins are poisonous to humans. But is it possible that a toxin — when administered correctly — can offer health benefits? Researchers have asked that question about ozone gas for over a century.

Ozone (O3) is a molecule made up of three oxygen atoms. It’s highly unstable and explosive in liquid or solid form. But as a gas, this supercharged oxygen may potentially have therapeutic qualities.

Some believe that ozone gas can be administered through ozone therapy to heal wounds, relieve pain and treat disease. But this remains a controversial practice given limited evidence on its safety.

In 2019, the U.S. Food and Drug Administration (FDA) issued a warning against using ozone therapy. This is because there isn’t enough evidence yet to prove that it’s effective or safe, says pulmonologist Vickram Tejwani, MD.

“There may potentially be a role for ozone therapy someday, but right now it hasn’t been studied enough,” says Dr. Tejwani. ”We need more data on the potential side effects, which could be severe, before we start offering it as a mainstream therapy or treatment.”

Here’s what you need to know:

What is ozone therapy?

Ozone therapy uses medical-grade ozone created using an ozone generator device. The intent of ozone therapy is to increase the amount of oxygen in your body.

A higher oxygen level can boost your immune system while promoting healing, explains Dr. Tejwani. It does that through cell regeneration — the process of replacing or repairing damaged cells.

How ozone therapy is administered

There are several ways to administer ozone gas, but it shouldn’t be inhaled. This can cause severe irritation and fluid buildup in your lungs. Safer methods for delivering ozone therapy include:

There is low-quality and limited evidence that ozone therapy could offer health benefits. These include:

“Ozone therapy functions like an antioxidant or anti-inflammatory,” says Dr. Tejwani. “It could potentially be used for any type of inflammation, whether in a wound or related to conditions such as diabetes or arthritis.”

Research is ongoing to determine the safety and potential uses of ozone therapy. But it has been studied for conditions such as:

Ozone therapy side effects and risks

The FDA has yet to authorize or regulate ozone therapy. For now, the possible side effects outweigh the potential health benefits, says Dr. Tejwani.

Some potential side effects of ozone therapy include:

Breathing in medical-grade ozone, even in very low doses, is harmful. Short-term exposure to a small amount of ozone can cause severe and permanent damage to your lungs and respiratory system.

Inhaling ozone is never recommended, but it can happen accidentally — especially if you attempt to administer it yourself. As ozone is unpredictable and unstable, it requires precision in the amount used and how it’s administered. Never attempt to do it yourself.

The initial effects of breathing in ozone may be burning eyes, coughing, nausea or a headache. But the long-term effects could be severe.

“If you inhale the ozone in the environment, you won’t get lung disease after a single inhalation,” states Dr. Tejwani. “But if you inhale some unregulated and unstandardized amount of ozone, it could potentially cause an acute lung injury.”

Over time, inhaled ozone could lead to chronic lung diseases such as asthma or COPD, or worsen any preexisting lung disease.

Ozone therapy hasn’t been tested in large-scale clinical trials conducted on humans. Until that happens and there’s a better understanding of the risks versus rewards, ozone therapy will continue to be an unregulated, alternative therapy.

“There are just so many steps to go,” Dr. Tejwani adds. “There’s a lot of work to be done as far as standardizing the dosage, clarifying what illnesses ozone therapy would be effective for and ensuring it’s administered the right way.”

Do Any Drugs Really Work as Coronavirus Treatments?

Why You Shouldn’t Take Hydroxychloroquine for Coronavirus

What Does Your Cough Say About Your Illness? 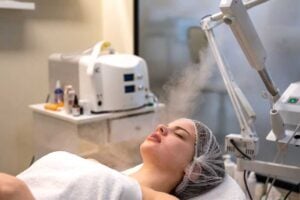 Ozone Therapy: What It Is and Why It’s Risky

Ozone therapy is an alternative treatment with the potential to heal wounds and treat diseases. But the risks to your heart and lungs outweigh the health benefits. Here’s why.