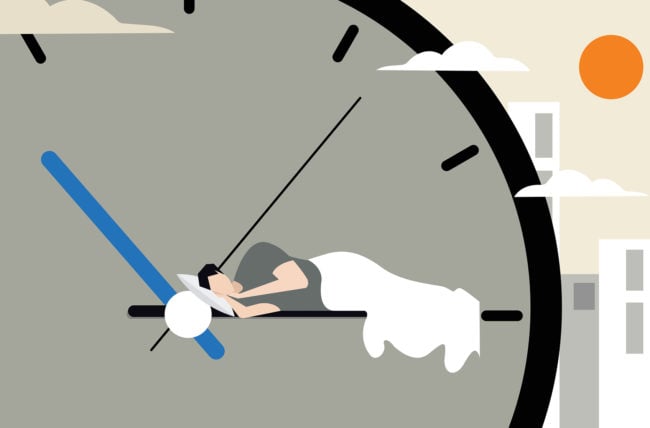 Oftentimes, it feels like there aren’t enough hours in the day. When the fleeting time between hitting snooze on your alarm and getting back into bed doesn’t seem to cut it. You may be wondering: Can you “sleep hack” your way into getting more time out of the day?

While most of us have grown up with the same idea of hitting the hay, there’s been some recent buzz about biphasic and polyphasic sleep patterns.

Generally, there are three types of sleep schedules you can have:

People may consider biphasic or polyphasic sleep for a variety of reasons. Most proponents claim these alternative schedules give them more time throughout the day for things like socializing, getting that side-hustle started or maybe catching up on chores.

Sleep specialist Marri Horvat, MD, MS, explains the different types of polyphasic sleep patterns and what to know before you consider giving any of them a shot.

Under the umbrella of polyphasic sleep, there’s several different schedules that can be followed. Most of these consist of utilizing naps to break up your sleeping and waking cycle in a 24-hour day.

Here are some common types of polyphasic sleep schedules.

Developed by the famous American architect Buckminster Fuller, the Dymaxion sleep schedule is probably the most extreme type of polyphasic sleep schedule. It consists of taking 30-minute naps every six hours, totaling only two hours of sleep per day.

Next comes the Uberman sleep schedule, which scientist Marie Staver developed in the 1990s. Inspired by Fuller’s concept, this variation involves taking small 30-minute naps every four hours, which gives you one extra hour of sleep.

Eventually, some polyphasic sleep proponents developed the Everyman sleep schedule to catch some extra ZZZs. For this option, you sleep for three hours during the night and take three 20-minute naps throughout the day. Ideally, this should get you to about four hours of sleep per day.

For triphasic sleep, you have three short sleeping periods sometime after dusk, before dawn and then in the afternoon.

“So, that’s going to be three short periods throughout the evening and the day where you get about four to five hours in total in sleep,” notes Dr. Horvat.

Are there any health benefits to having a polyphasic sleep pattern?

You might be tempted to skimp on your sleep to finish your study session or write that blog post. But Dr. Horvat points out that adopting this kind of sleep schedule can be risky for your overall health.

Plus, if you’re looking to boost productivity, this strategy might end up backfiring on you. A 2017 study found that students with irregular sleep patterns had worse test scores than those following a monophasic sleep schedule.

At the end of the day (or night), most sleep specialists will tell you the same thing about how much sleep you need — and that’s for a good reason! Most adults need around seven to eight hours of sleep, and disrupting that sleep amount can lead to larger health issues. Not to mention that teenagers need closer to nine hours of sleep and people who are pregnant usually need some extra shut-eye, too.

An irregular sleep schedule could lead to sleep deprivation, which can put you at high risk for conditions like:

Dr. Horvat advises that you shouldn’t try drastically altering your sleep schedule on your own. But there are options for those who are having trouble finding a balanced sleep routine.

How do I know if I should try polyphasic sleep?

Unless your current lifestyle or work environment requires a nontraditional sleep schedule, it’s not something experts recommend. Can’t get around it? Just don’t go it alone. It’s best to talk to a sleep specialist or sleep psychologist to help adjust your circadian rhythm in a healthy and balanced way.

“The people that consider these schedules are usually shift workers or people where their job requires them to work long stretches,” explains Dr. Horvat. “Those people tend to prefer taking multiple naps so they have more waking hours versus sleeping hours.”

Just don’t make a large change too quickly, she cautions. “Smaller changes are more likely to work. It’s important to go slowly and recognize that it’s going to take your body time to adjust to a new sleep pattern.”

Do some people naturally fall into a polyphasic sleep pattern?

There may be other reasons you fall into an irregular sleep schedule. Many of us are familiar with that groggy feeling of jet lag or having to adjust to middle of the night feedings and diaper changes after a baby is born. That’s why it’s important to know how to reset your circadian rhythm, if needed, to make sure you’re back on track.

While there’s still ongoing research being done around the benefits of napping, leaning into a polyphasic sleep schedule may lead to more risks rather than rewards in the long run.

“I would say that the monophasic sleep schedule is most in tune with our biology,” concludes Dr. Horvat. “If something different works for you and you feel good without any residual sleepiness, I’m OK with it. But unfortunately, most people end up feeling more sleepy on a polyphasic schedule. Even if you’re taking a nap to supplement it, you’re still losing sleep overall.”

How Long Should You Nap?

9 Ways To Stay Awake Without Caffeine

Do You Need to Reset Your Circadian Rhythm? 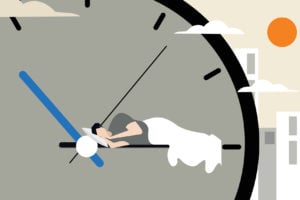 While most of us sleep in one chunk every night, some people try alternative sleep patterns, like a polyphasic sleep schedule. But is it right for you?