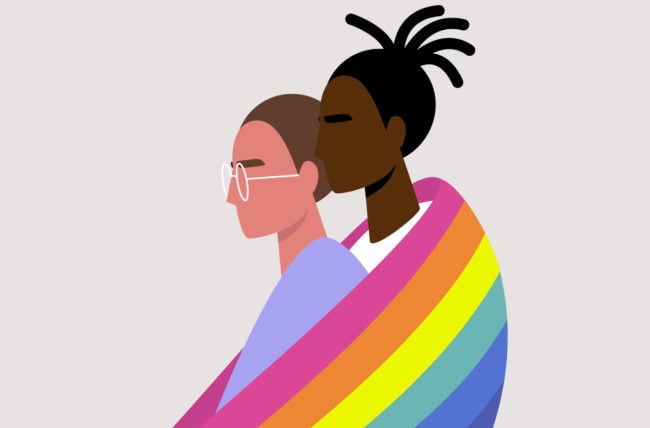 “Sexual attraction is internally driven,” says pediatric psychologist Vanessa K. Jensen, PsyD, ABPP. “For some individuals, it is very clear who they are attracted to. For others, it takes having some experience in relationships to really figure out who you are.”

For many young people, especially in their teenage years, Dr. Jensen says exploring your gender identity and sexual orientation is part of figuring out who you are while accepting those traits in those around you.

Sexual orientation and how we talk about attraction

Many LGBTQIA+ youth who’ve experienced bullying, violence and discrimination from family members, friends and other members of the public have reported dealing with anxiety, depression, suicidal ideation and other harmful conditions. According to the 2021 National Survey on LGBTQ Youth Mental Health, The Trevor Project found that 42% of LGBTQ youth seriously considered suicide in the previous year, including more than half of transgender and nonbinary youth. Additionally, 75% of LGBTQ youth experienced some form of discrimination based on their sexual orientation or gender identity at least once in their lifetime.

As we explore how we identify — and as we allow others, especially our children, to explore how they identify — it’s important that we create a safe space for experimentation and acceptance by offering support and creating safe networks with trusted family members, friends and organizations.

“In finding your identity as a person, part of that is often asking, ‘Who am I attracted to?’” notes Dr. Jensen. “Parents should give kids permission to explore a lot of these identities but give them even more permission to let them be fluid because it’s part of figuring out who they are.”

The following list may not be all-inclusive, but here are a number of different sexual orientations to consider (nearly all of which have romantic orientations, too):

This term describes anyone who experiences sexual attraction. This would be the opposite of someone who’s asexual (see below).

For example, a cisgender female (someone who identifies as female and was assigned female at birth) who is attracted to men and/or masculine individuals might consider herself androsexual. A nonbinary individual (someone who doesn’t identify with the polar opposites of male or female) who’s attracted to a masculine gender-nonconforming individual might also consider themselves androsexual.

Also known as “ace,” asexual describes someone who has little to no sexual attraction toward other people of any gender. And because sexual orientations are on a spectrum based on someone’s personal feelings and experiences, asexuality can vary in a lot of ways.

For example, you might not experience sexual attraction, but your personal relationship with sexual behavior can differ in the following ways:

There are many other subcategories of asexuality, too. You can identify as cupiosexual, which means you don’t experience sexual attraction, but you desire to engage in sexual behavior or a sexual relationship. Or you can identify as graysexual, which means your level of sexual attraction to someone changes over time or isn’t always present or intense.

Also, there’s the aromantic orientation, which describes someone who experiences little to no romantic attraction to other people of any gender.

“There may be some people who are asexual who feel like they’re attracted to someone as a life partner or in a way that’s different than a friend,” says Dr. Jensen. “They may want to be monogamous with them, or they like to cuddle with them and have some physical connection, but they may not want sexual intercourse or certain sexual activities.”

This term typically describes someone who ascribes to the male/female binary in their gender identity but may be exploring their sexuality and hasn’t yet determined their sexual orientation. This term affirms your acceptance of sexual orientation differences even though you’ve yet to land on any one identity, either because you’ve had limited experiences or because you’re not quite ready to make that claim. This term is similar to gender questioning, and for some people, may include others who exist outside of the male/female binary.

Others may use this term to indicate that they experience attraction to other gender identities beyond the male/female binary, including genderqueer and transgender individuals (someone whose gender identity does not match their assigned sex at birth). Being bisexual doesn’t mean you always experience sexual attraction to other genders equally. And being in a relationship with someone who identifies as one or multiple genders does not necessarily mean you’re no longer bisexual.

“Who you’re with doesn’t always define how you identify,” says Dr. Jensen. “You can be bisexual and married to a heterosexual partner of another gender.”

“In our culture now, which is much more open about sexuality and sexual experiences, someone can define themselves as demisexual and it makes it very clear from the beginning, ‘We’re not going to hook up on the first date,’” says Dr. Jensen.

This term is an aspect of an identity or orientation that means it could shift or change over time. How you identify today as an individual may not be how you identify in a couple of months as feelings evolve and our understanding of ourselves becomes clearer. How you feel about someone else can also evolve, including your sexual, emotional or romantic attraction to people of varying gender identities.

This term describes someone who experiences emotional, sexual or romantic attraction to people of their same or similar gender. This term is sometimes used specifically referring to men who are attracted to other men, but is also used for women attracted to women. Historically, the medical community used the term homosexual, but that’s largely considered an outdated term by many members of the LGBTQIA+ community because of its history of marginalization — or the act of being excluded or considered of little consequence.

Also known as “straight,” this term is used to describe a person who experiences emotional, sexual or romantic attraction to people of the opposite gender. Some may find the term “straight” derogatory, as it implies any orientation that’s not heterosexual is wrong in some manner.

This describes a woman or female-identified individual who experiences emotional, sexual or romantic attraction to people of their same or similar gender.

An acronym to describe anyone who isn’t exclusively heterosexual or cisgender, this grouping is intended to be an inclusive term that takes into account all genders and sexual orientations. The letters stand for lesbian, gay, bisexual, transgender, queer or questioning, intersex and asexual (sometimes the “A” stands for ally). The + sign represents everyone else who is a part of the broader LGBTQIA community.

A synonym of omnisexual, this term describes anyone who experiences emotional, sexual or romantic attraction to others regardless of gender.

“This takes bisexuality out of the binary,” says Dr. Jensen. “Pansexual is someone who believes gender is not important to them in terms of who they have a relationship with.”

Pomosexual refers to anyone who rejects any and all labels related to sexual orientation, either because they feel like they don’t align with any one specific orientation, or they simply don’t agree with labeling.

This is an umbrella term that describes anyone who isn’t exclusively heterosexual or cisgender. This term bridges the gap between independent identities and orientations, as you may fall anywhere on the spectrum and can even experience a combination of more than one orientation or gender. Some may view this as a derogatory term; however, many have reclaimed this term as an affirming description for all LGBTQIA+ individuals.

“This kind of term can be helpful to a young person who feels like everyone else around them is labeling themselves and they don’t know who they are yet,” says Dr. Jensen. “You can be uncertain and that’s totally OK to be uncertain.”

Knowing when to tell others about your sexual orientation

So, how do you know when you should disclose your sexual orientation to others? And who do you tell?

This process, known as “coming out” or “coming out of the closet,” can happen with your gender identity, too. This is a process that can takes years for someone to be comfortable and confident enough to do. For many people in the LGBTQIA+ community, coming out happens in a variety of ways through conversation, experiences and moments you share with others — and you can come out to multiple people over the course of your lifetime, as things change or as you meet new people in new situations. The coming out process can be simple for some and a big deal for others.

Coming out looks different for everyone, but some situations may include:

There’s no right way to come out to others about how you identify. The important thing is that you do it on your terms when you’re ready. For many people in the LGBTQIA+ community, safety and acceptance are large concerns that should be taken into consideration when deciding whether or not to come out about how you identify. Gender identity and gender expression can be more obvious to those around you, while sexual orientation can be much more private until you are in a romantic and/or sexual relationship.

“Sometimes, people wait to come out until a natural opportunity shows up,” says Dr. Jensen. “For teens, it’s a matter of deciding who to tell, when to tell them and how to tell them, and it may vary based on your situation. Many individuals ‘come out’ to friends and family in order to be closer to them, as a way of being more genuine and to share this important part of their identity.”

For others, especially if you’re living in an area where it’s unsafe to disclose your sexual orientation or gender identity, you may choose to stay closeted. If you’re closeted, you may be open about your sexual orientation with those who are close to you but not the world at large. Sometimes, this is referred to as “stealth” or “being on the DL” (down low).  You may choose to remain closeted out of fear of discrimination, rejection, violence or mistreatment — or you may simply not want to share that information with anyone (your sexual life does not need to be anyone else’s business).

It’s important to know that if you are closeted, you’re still valid. You should never feel rushed or pressured to disclose personal information to anyone. And if you’re ever feeling unsafe, there are a number of resources available to you.

Regardless of how you identify or what stage of the journey you’re in, it’s important to recognize that the feelings you’re experiencing are normal and you’re not alone in how you feel. You are valid, no matter who you’re attracted to. 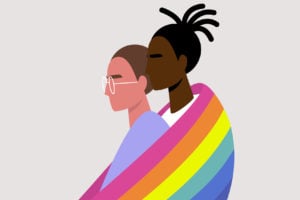 Sexual orientation exists on a spectrum and can result in a wide range of relationships with people who are asexual, bisexual, heterosexual, questioning and more.