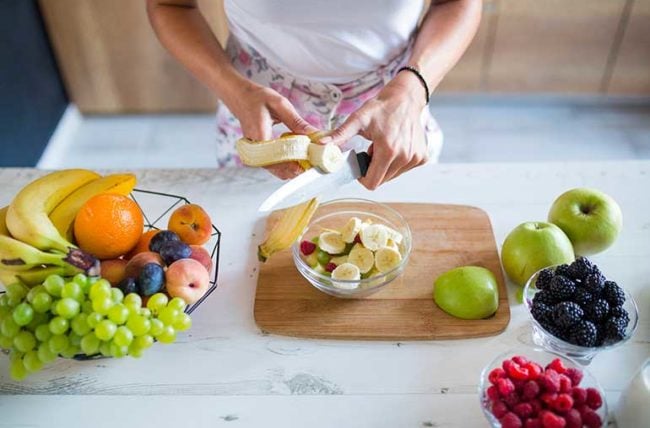 Nutrition scientist Barbara Rolls, PhD, created the Volumetrics Diet in 2000 based on years of research. The resulting books — four of them, not including updates and translations — have sold hundreds of thousands of copies.

Most diet trends end up in the dustbin of history within a few years, but Volumetrics seems to be standing the test of time. It’s also gained the respect of many healthcare professionals.

So, what exactly is the Volumetrics diet?

The basic principle of Volumetrics is that volume matters. The plan establishes a loose ratio: No food is off limits, but you want to eat much larger quantities of certain kinds of foods than others. By filling up on low-calorie, healthy foods, you don’t feel as hungry as you may on other diets.

The Volumetrics diet breaks food down into four categories. To determine which category a food belongs in, you divide the number of calories per serving by its weight in grams. The result is a number between zero and nine.

If you’re attempting to lose weight on the Volumetrics diet, you’re encouraged to eat 1,400 calories a day. The majority of what you eat in a day should be coming from categories one and two, but occasional, small indulges from categories three and four are acceptable.

In addition to the dietary measures, the Volumetrics diet recommends getting 30 to 60 minutes of exercise per day.

Pros and cons of the Volumetrics diet

When it comes to weight loss and nutrition, one size doesn’t fit all. Zumpano explains that choosing the diet that’s right for you is a personal process.

“It’s affected by the foods you enjoy, and know that you can’t give up, food availability, and how motivated you are to make changes to your eating habits and food choices,” she says.

Here are some commonly stated benefits and drawbacks of the Volumetrics diet:

While most doctors and dieticians agree that it’s a solid approach, the Volumetrics diet isn’t perfect. Here are some of the downsides to the program:

Making Volumetrics work for you

As with any diet, the key to success on the Volumetrics diet is following the plan in good faith and adjusting it where necessary to fit your lifestyle.

What do we mean by good faith? Zumpano puts it best, explaining, “We are in a hacking world, and it’s OK to hack your diet once in a while. But if you do it on a regular basis, you’re not going to reap the benefits as intended.”

Think about it as embracing the spirit of the diet, not the letter of it. Yes, nuts and fast food are in the same category, but we all know that a handful of almonds is a better choice than a handful of pretzels. Unlike plans that integrate a peer-support system of some kind, you’re only accountable to yourself on the Volumetrics diet.

While the freedom that comes with the Volumetrics diet may tempt some people to try and game the system, it also makes it adaptable to your needs. That, in turn, makes it sustainable.

How do you adjust the Volumetrics diet to fit your goals and lifestyle? Here are a few examples:

Is the Volumetrics diet right for you?

Like all diet plans, your mileage may vary when it comes to Volumetrics. If you’re trying to decide whether or not to adopt this approach to eating, the following questions may prove helpful:

Some diets, like the DASH diet or the diabetes diet, are designed to address specific health concerns. The Volumetrics diet isn’t, so you’re unlikely to hear about it from your physician unless you ask about it specifically. Before making any radical nutritional changes, do some additional research, and have a conversation with your doctor or dietitian.

Fasting: How Does It Affect Your Heart and Blood Pressure?

Is the Dukan Diet a Safe Eating Style?

7 “Unsexy” Foods You Should Still Be Eating

Is It Bad to Lose Weight Too Quickly? 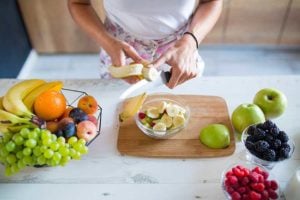 What Is the Volumetrics Diet?

On this eating plan, no food is off limits, but you’ll want to fill up on low-calorie, nutrient-dense foods over other foods. Learn more about the Volumetrics diet and if it’s a good fit for you.