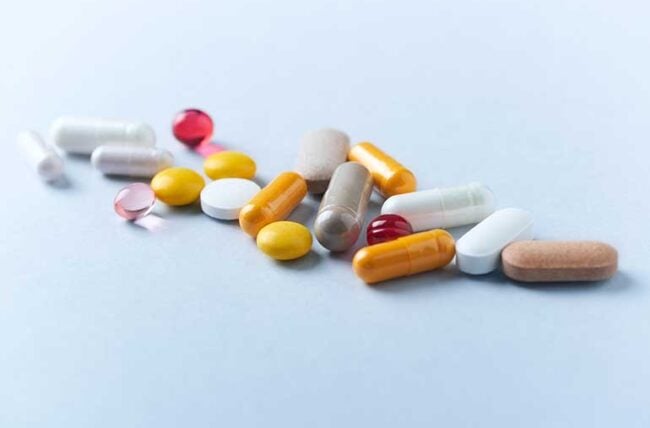 “Frustration” is probably the mildest (non-swear) word to describe the feeling when the scale doesn’t budge or after you gain back lost weight. Does it feel like you’ve tried every type of buzzy diet and all the ways to get fit and firm (yep, even cardio drumming) and still no progress? It’s natural to feel like giving up. But new weight loss drugs may be just what you need to accomplish your health goals.

“We now understand obesity isn’t a character flaw,” says W. Scott Butsch, MD, an obesity medicine specialist. “It’s a dysfunction of the complex system that controls body weight, which is largely based on genetics.”

Since that shift in thought, and with increased knowledge on the science of obesity and weight regulation, anti-obesity medications have rapidly evolved to target the underpinnings of the disease. And according to Dr. Butsch, this new generation of drugs is safer and more effective than ever.

How do weight loss drugs work?

Anti-obesity medications may target several biological pathways that can contribute to obesity, like:

Although older weight loss drugs, called Orlistat (Xenical® or Alli®), affect how much fat you absorb from food, largely based on the idea that fat intake causes obesity, most current anti-obesity medications target appetite regulation (that is, they make you feel fuller for longer, decrease your appetite, etc.). Some are oral medications (taken by mouth) while others are self-administered once-a-week injections.

The first generation of weight loss drugs developed in the 1930s through the 1960s were stimulants (called sympathomimetic), including dinitrophenol methamphetamine. At the time, it was thought that obesity was caused by increased hunger and overeating, so reducing appetite and speeding up metabolism was appropriate.

Several of these medications (for example, phentermine and diethylpropion) are still used in practice, mostly in generic forms. They’re only approved for short-term use for weight loss (up to 12 weeks) because some are amphetamine-based and there’s a concern of addiction.

These medications act on two parts of your brain:

Nearly a decade after the withdrawal of fenfluramine (part of Fen-Phen) and dexfenfluramine from the market, and with an expansion of knowledge in the area of obesity, a new second generation of weight loss medications was developed. These target the central regions of your brain, as well as your digestive tract. Examples of these new medications include:

Over the last decade, drug development has turned its attention to gut hormones like glucagon-like peptide‐1 (GLP-1), amylin, glucose-dependent insulinotropic peptide (GIP) and (peptide tyrosine-tyrosine) PYY, which are intricately involved in appetite and weight regulation. Many of them are used to treat both obesity and Type 2 diabetes.

Surprisingly, recent clinical trials have demonstrated superior weight loss results and, together with a safer side effect profile, have made this third generation of anti-obesity medications very attractive compared with the older drugs. These therapies mimic the hormones that your intestines produce when you eat. The hormones tell your pancreas to release insulin. GLP-1 also:

The newest weight loss drug approved by the U.S. Food and Drug Administration is semaglutide (Wegovy™), which is just the higher dose (2.4 milligrams) of the same medication, Ozempic®, which was approved four years earlier for Type 2 diabetes. Although this class of GLP-1 receptor agonist medications has existed since 2005 with exenatide (Byetta®) and liraglutide (Victoza, Saxenda), and used to treat Type 2 diabetes, longer-acting once-weekly GLP-1 medications like dulaglutide (Trulicity®) have appeared to be more effective in treating obesity and lowering blood sugar.

In addition to being effective diabetes medications, GLP-1 drugs are useful for obesity. For instance, in a study of 2.4 mg of semaglutide, adults with obesity who took the drug lost an average of 35 pounds, or 15% of their body weight, within 15 months.

And a new study in adolescents with obesity found that the medication worked just as well for them. Besides weight loss, other benefits included:

Unlike other types, the newly approved weight loss drugs don’t have as many side effects. Other weight loss medications may cause neurological and cardiovascular side effects. But because GLP-1 drugs work by stimulating hormones in your gut, the most common side effects are limited to digestion and include:

If you have Type 2 diabetes, there’s also the risk of your blood sugar levels going too low. This is especially true if you’re taking other diabetes medications or insulin. Signs of low blood sugar include:

In theory, the GLP-1 drugs could potentially affect your kidneys, thyroid and pancreas. “But we’ve only seen an impact on these organs in animal studies,” notes Dr. Butsch. “They haven’t happened in studies with people.”

Who’s a good candidate for the new weight loss medications?

Consider asking your healthcare provider about GLP-1 medications if you have mild to moderate obesity. For example, 2.4 mg of semaglutide is approved if you have:

Be prepared to give yourself once weekly injections of the medication at home. For best results, providers recommend you use the medication alongside a reduced-calorie diet and a regular exercise routine.

What happens once I stop taking weight loss medication?

If you stop taking the new weight loss drugs, you’ll regain the weight. As Dr. Butsch explains, obesity is a chronic disease that needs long-term treatment.

He says that the weight range you tend to stay in is your body set point. It’s based on the amount and size of fat cells in your body. Typically, your body tightly regulates your body set point just like it maintains healthy blood sugar levels. For example, if you don’t have diabetes, you can eat a bag of sugar or eat very little for several days. Your blood sugar levels will stay very tightly controlled. Body fat is controlled in a similar way.

But when you have obesity, the regulation of your body set point is dysfunctional. You can restrict your calories for several years, but your body is always trying to push you back to that dysfunctional set point. So, long-term drugs are valuable because they’re correcting an issue with the fat regulatory system.

Curious if the new weight loss drugs could work for you? Dr. Butsch recommends going to a healthcare provider specializing in obesity.

“Specialty training in obesity for doctors began in 2007. Nurse practitioners and physician assistants will also get the training beginning in 2023,” he says. “These are the providers that you should seek out to get appropriate, nonjudgmental care. They can give you a better understanding of the many options available to treat obesity.”

If lifestyle changes haven’t helped you reach a healthy weight, anti-obesity medications might be the answer. Or they’re at least something to discuss with an informed provider. It never hurts to explore what can be possible, and it’s never too late to start feeling good.

Is Your Diabetes Drug Preventing You From Losing Weight?

Are Weight-Loss Pills Right for You?

How Do You Know What Type of Bariatric Surgery Is Right for You?

Overweight and Obesity: What They Mean and Why They Matter 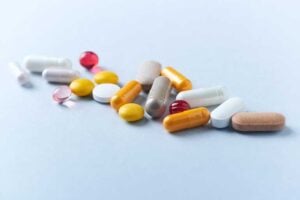 The New Anti-Obesity Drugs: What You Should Know

A new class of anti-obesity drugs aim to help you lose weight by making you feel fuller longer or decreasing your appetite. Here’s how they work.