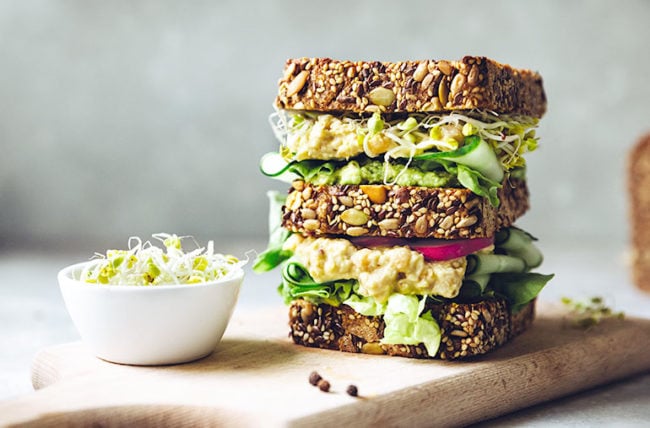 Sprouts: You’ve probably encountered them before on a salad or a sandwich and thought little about them. Maybe you love them, maybe you skip them. Either way, chances are you probably don’t know a whole lot about them.

So what are these tiny little vegetables? What else can they be used for and what are the benefits – and risks – of eating them? To get to the bottom of it all, we spoke with registered dietician Mira Ilic, RD, LD, MS.

Sprouts are the germinated seed of a vegetable, young plants on their way to full growth – at least until some are harvested from those plants to be, well, sprouts for eating. You can find sprouts pretty much wherever you find food, particularly grocery stores and farmers markets. Some people even grow their own.

The types of sprouts

Some of the more popular sprouts include alfalfa, mung bean, red clover and broccoli.

What are the benefits of sprouts?

Sprouts are jam-packed with vitamins and minerals, varying from sprout to sprout. “Sprouts carry essential vitamins, minerals, fiber and are a great source of antioxidants,” says Ilic.

For instance, she says, “Broccoli sprouts will be loaded with vitamin A, vitamin C, vitamin K, folic acid and they are a really good source of the powerful antioxidant sulforaphane.”

There’s also the appeal of what they can bring to your meal. “They bring a variety to your salad, wrap or sandwich,” Ilic says. “They can add a crunch and even a different flavor besides those health benefits. And that makes them appealing to a lot of people.”

But sprouts also carry some risks that you need to be aware of before adding them to your next meal.

The risks of eating sprouts

While they’re nutritious, sprouts also run a risk of carrying foodborne illnesses like E. coli and salmonella. Most sprout seeds are grown in warm, humid conditions which are conducive to bacterial growth. And, Ilic points out that at larger farms where sprout seeds are harvested, there’s a risk of those seeds coming into contact with water that contains animal waste.

These risks are further compounded by the fact that many prefer to eat sprouts raw which means no cooking process to kill off any bacteria. Those risks are high and prevalent enough that the FDA has issued recommendations and guidance for producers of sprouts.

How can I eat sprouts safely?

According to Ilic, the best way to safely enjoy sprouts is to cook them. “It may not be as appealing to some because you might lose that crunch, but it’s the safest way,” she says.

She adds, “You may lose some vitamins and minerals when you cook sprouts but you’re still getting most of the nutrients they contain, just to a lesser amount.” Boiling, oven-roasting and steaming sprouts are more cooking options to consider.

There are, too, canned bean sprouts. While they may not be as appealing as freshly grown sprouts, they’re safer, Ilic says. “The process of canning involves heat which makes them a safer choice.”

Some sprout lovers prefer to grow their own at home. But this doesn’t mean they’re any safer from contamination. “Since most outbreaks of sprout-related foodborne illness are associated with the contaminated seeds, it is no safer to grow sprouts at home than to get them from a store,” Ilic says.

“If the seeds happen to be contaminated with bacteria, they can cause food illness regardless of where they are grown.”

Other safety tips for eating sprouts

Ilic says, “Once you have fresh sprouts home, they should be chilled and stored in a refrigerator that can keep them at or below 40 degrees Fahrenheit.”

She also recommends washing your hands before and after handling sprouts and rinsing sprouts well before using them. “You’re trying to keep any bacteria you can off of them and rinsing off other materials that could be harmful before you consume them,” she says.

The appearance of sprouts matters, too. “If they’re slimy, smelly or musty, you should throw them out right away,” she adds.

The 6 Best Seeds to Eat

Raw Food Diet: Is It Healthier? 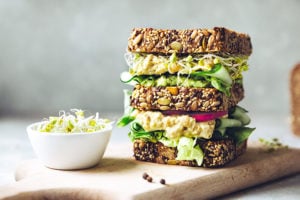 What Are the Health Benefits (and Risks) of Eating Raw Sprouts?

Sprouts are healthy additions to your diet, but what are the risks you need to be aware of?