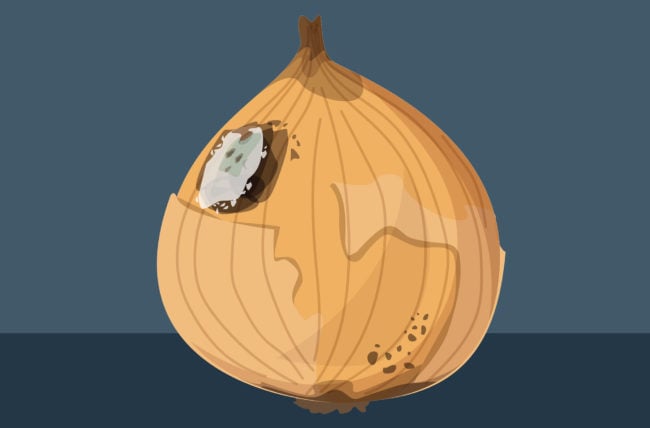 Some foods are meant to be moldy — and it’s safe to eat them. For example, blue cheese’s taste and appearance come from a mold related to the strain used to make penicillin. Mushrooms are fungi, which is also technically a mold.

However, you’ve probably had this experience: You’re enjoying a juicy piece of fruit or tasty sandwich — and then suddenly bite into a patch of mold that’s not supposed to be there.

What happens if you accidentally eat moldy food? First, don’t panic — you’ll probably be okay. “Be mindful of the fact that you ate it,” says dietitian Lillian Craggs-Dino, DHA, RDN, LDN. “And make sure you don’t have any symptoms for the rest of that day. Most likely, you’ll be okay.”

However, in certain cases, the mold found on spoiled food could be dangerous, so if you suddenly develop symptoms such as shortness of breath, nausea, an elevated temperature or diarrhea, you should immediately seek medical help. “Allergic reactions can be delayed — or they can be right away,” Dr. Craggs-Dino says. “It depends on what kind of mold it was.”

Mold develops on food when the conditions are right. “We’re talking about transient mold that’s in the air that might be spreading from the environment into food, or just because of the age of the product or poor storage,” says Dr. Craggs-Dino.

This bad mold grows on a wide variety of foods, including fruits and vegetables; bread; lunch meat; jams and jellies; sauces and condiments; and dairy products such as yogurt and cheese. “A mold is microscopic fungus,” says Dr. Craggs-Dino. “And then what we see growing on things like fruits, vegetables and jelly are the spores.”

These spores are airborne and circulate in the environment, looking for a hospitable landing place. Once spores find a suitable food host, they start to grow. Tell-tale signs of mold include white spots, unusual colored patches, or food that’s softer than normal or smells bad.

But while it’s tempting to scrape off the offensive fuzz and eat the food anyway, that might not be the best course of action. There’s no way of knowing by sight whether a mold is safe or harmful. “You don’t know what mold you actually might be eating,” Dr. Craggs-Dino says. “Some molds can actually be very, very toxic to human beings. They can also cause allergic reactions and respiratory problems.”

Dr. Craggs-Dino adds that some molds can also create a dangerous substance called toxins — including aflatoxins, which can be especially poisonous. “Those are extremely dangerous to somebody’s health. They can actually cause death.”

Can you just cut around the mold?

Although cutting off the mold seems like an easy solution, other harmful substances could still be left behind. “The more moisture there is on the food product, not only will you have mold, but you’ll also have bacteria as well,” Dr. Craggs-Dino says. “You’re not just eating mold — you’re eating bacteria.” Bacteria can cause serious foodborne illnesses such as listeria, which commonly grows on lunch meat and cheese, even in the refrigerator.

The potential for hidden bacteria is why adjacent mold can also be harmful. Say you have a container of strawberries where a few have turned moldy, but the others look fine. Unfortunately, you can’t throw out the fuzzy ones, wash the rest and munch away.

“Fruit has a lot of moisture and this mold could also harbor bacteria,” says Dr. Craggs-Dino. “Toss the pack since the spores are airborne, and most likely the entire package is contaminated even though you don’t see the fuzzy growth on all the fruit.”

Additionally, she says certain foods absolutely need to be thrown away if they’re moldy, including:

Moldy foods that are salvageable include those with lower moisture content: hard cheeses with a hard rind (like cheddar and Swiss), or hard vegetables such as cabbage, bell peppers and carrots. In both cases, you should cut off at least one inch around the moldy spots, because “you want to try and get as much of the spores and contaminants as you can,” says Dr. Craggs-Dino.

The safety of certain other foods is situation-dependent. Think about a banana with mold on the outside of the peel. “It’s not actually on the fruit, so that doesn’t seem to be very harmful because you’re not eating the mold,” says Dr. Craggs-Dino. Of course, if bananas don’t smell right or there is mold on the stem (which could more easily penetrate the fruit), it’s best to throw them away.

In general, if you’re not sure if moldy food is safe to eat, Dr. Craggs-Dino says to err on the side of caution: “If in doubt, throw it out.”

How to keep food fresh (and mold-free)

Nobody likes cleaning the fridge, but it’s a vital household chore. “If there’s a little spillage of food, it’s growing mold, and it’s growing bacteria,” Dr. Craggs-Dino says. “Mold has spores that fly in the air, and then it can actually land on food and start cross-contaminating.”

To minimize mold growth, the USDA recommends cleaning the inside of your fridge every few months. First, use a solution with 1 tablespoon of baking soda dissolved into 1 quart of water and then clean with plain water before drying.

“If you have a really grungy refrigerator that shows some visible mold, you can use 3 teaspoons of bleach in 1 quart of water,” says Dr. Craggs-Dino. Just be sure to remove any food from the fridge before using bleach.

Hot and humid weather is an ideal breeding ground for mold, so don’t leave food out on the counter for too long. Dr. Craggs-Dino also stresses the importance of covering refrigerated food with a lid, foil or plastic wrap. “Mold spreads by spores, which are airborne, so we should keep foods covered, even in the refrigerator,” she says. Don’t underestimate the usefulness of the fridge’s crisper bin, either, as it’s calibrated for the specific relative humidity percentage (80 to 95%) that keeps fruits and vegetables fresh.

Refrigerator temperatures are best set to 40 degrees Fahrenheit or less, while freezers should always be at zero. Dr. Craggs-Dino also says not to browse in the fridge. “Try not to keep the door open,” she says. “When you’re hanging out, opening the door and thinking, ‘Oh, what can I eat?’ then your refrigerator’s getting warmer and warmer.”

The bottom line is it’s impossible to tell in advance whether the moldy food you’re eating is safe, so the best course of action is to be cautious.

“The general consensus is if you can visibly see mold on food, don’t take the chance — throw it out,” Dr. Craggs-Dino advises. “You don’t know what kind of mold it is. Is it a type of mold that actually causes a toxin and can be extremely dangerous for your health? Or is it a mold that would cause an allergic reaction and perhaps respiratory problems? And what’s accompanying the mold? Is there also bacteria on there? That’s why it’s best simply to get rid of it.”

Trash It or Eat It? The Truth About Expiration Dates

23 Foods To Eat for Healthier Skin

Should You Eat Before or After a Workout?

The Best (and Only) Weight Loss Tips You Need to Know

What Is the Atkins Diet, and Is It Healthy? 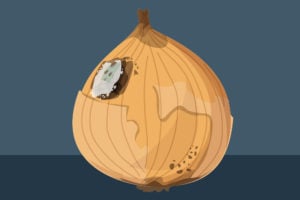 What Happens if You Accidentally Eat Moldy Food?

Is it safe to eat moldy food? A dietitian explains what happens if you eat mold accidentally, and what you should (and shouldn’t) do if your food goes bad.