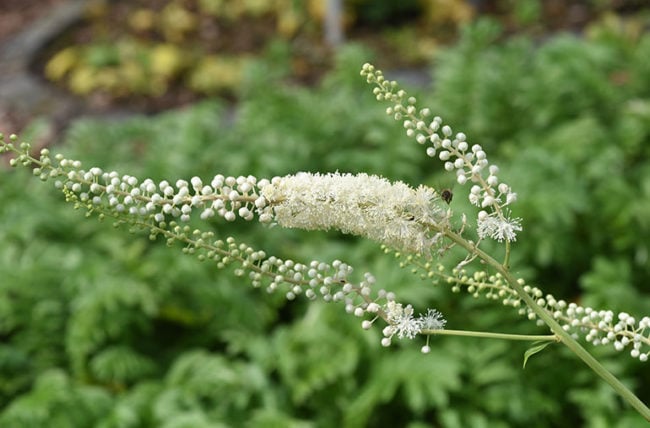 If menopause has you all hot and bothered, you may have heard that taking black cohosh can help reduce vasomotor symptoms (more commonly known as hot flashes and night sweats). This herbal supplement has been used since ancient times, but only recently has it come to be known as a possible combatant of this common and uncomfortable symptom of menopause.

Integrative medicine specialist Yufang Lin, MD, explains what black cohosh is, how it’s used and what it can — and can’t — do for your menopause.

What is black cohosh?

Black cohosh (scientifically known as actaea racemosa or cimicifuga racemosa) is a flowering perennial plant with fragrant white blooms on a stem, forming a spike-like structure of up to 5 feet tall. A member of the buttercup family, it grows in the woodlands of the eastern United States and Canada.

Black cohosh goes by other names, too:

The benefits of black cohosh

But while you may think it’s a new trend in wellness circles, it has actually been used since ancient times by healers and medical practitioners all over the world.

“In recent years, black cohosh has been touted as a treatment for hot flashes, but this is not the way it has been traditionally used,” Dr. Lin says. “Both traditional Chinese medicine and Western herbal tradition have long used black cohosh to reduce pain and calm the nervous system.”

Traditional Chinese medicine has turned to black cohosh to:

Today, the roots and underground stems of black cohosh are turned into herbal supplements — in the form of capsules, powders and teas — and marketed as a way to reduce hot flashes.

Hot flashes, which are due in part to estrogen withdrawal, are the most common complaint during menopause, impacting up to 80% of women and people assigned female at birth. Symptoms can range from mild to severe and include:

But can black cohosh actually help get rid of hot flashes? Researchers aren’t convinced. “The application of black cohosh for hot flashes is relatively new to the 20th century, but research as a whole has not been supportive of this use,” Dr. Lin says.

One of the phytochemicals in black cohosh has a serotonin-like effect, which may impact your body’s ability to regulate temperature and ultimately help to reduce hot flashes — but it’s not a sure thing. “Not all black cohosh plants express the gene-encoding enzyme required to make this phytochemical,” Dr. Lin explains.

One study found no significant difference between participants who took black cohosh and those who took a placebo.

Black cohosh for other symptoms of menopause

Hot flashes aren’t the only unpleasant aspect of menopause and perimenopause — but the good news is that black cohosh may help reduce some of those other symptoms, including:

Is black cohosh safe to use?

“Black cohosh is generally safe when taken appropriately, but there are some people who should avoid it or use it very carefully,” Dr. Lin says.

Side effects of black cohosh are uncommon but may include:

Cases of liver failure have been reported following the use of black cohosh, though researchers aren’t sure whether that’s actually a result of the supplement. “Still, if you have liver disease, you should stay away from black cohosh or use it with caution and have your liver function periodically monitored,” Dr. Lin advises.

People who are pregnant or breastfeeding also shouldn’t use black cohosh due to its impact on the hormones.

How to take black cohosh

The standard black cohosh dosage is 40 mg to 128 mg of extract daily for up to 12 months. “The most common preparations are tinctures and capsules, but motivated individuals can make their own,” Dr. Lin says. To brew it at home:

To ensure that you’re buying a safe, quality product, Dr. Lin recommends purchasing only organic black cohosh from reputable companies that have been independently verified by a third party such as ConsumerLab, U.S. Pharmacopeia or NSF International.

Menopause Diet: What To Eat To Help Manage Symptoms

Can Wearing Socks to Bed Help You Sleep Better?

How To Get Rid of a Black Eye

What To Eat When You Have Hot Flashes

Supplements for Menopause Symptoms: Are They Safe? 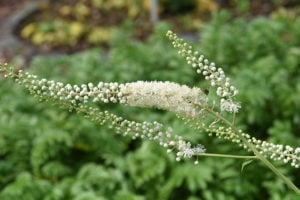 What Black Cohosh Can (and Can’t) Do for Menopause Symptoms

Black cohosh, an ancient herbal remedy, has recently been touted as a possible remedy for hot flashes, the most common and uncomfortable symptom of menopause. Here’s what it is, how it’s used and what it can and can’t do for you.