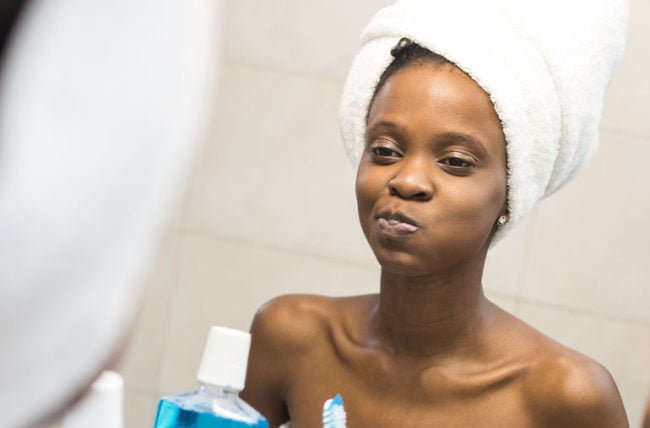 Magic mouthwash is a prescription-only topical treatment with the power to ward off mouth sores. But is it a bona fide treatment or sleight of hand? Internal medicine doctor Janet Morgan, MD, unlocks the secrets behind the magic.

“Magic mouthwash, sometimes called miracle mouthwash, comes in different formulas,” says Dr. Morgan. “Patients pour some medicated liquid in their mouth, then swish and spit, like they would with normal mouthwash.”

Magic mouthwash is formulated to address mouth sores that could result from:

Dr. Morgan says every formula is different and depends on the person’s specific needs. Magic mouthwash may contain one or more of these ingredients:

“Sometimes, the mouthwash can be the treatment,” says Dr. Morgan. “But we use it more often to temporarily relieve pain or swelling while we wait for other treatments to resolve the underlying problem.”

Mouthwash is topical, which means it targets just the affected area rather than the entire body. Dr. Morgan says it’s a great alternative to an ingestible medicine that could interact with other drugs a person might be taking for an illness: “Whenever possible, we prefer to start with a topical option.”

How do you use a prescription mouthwash?

“Generally, a person uses the mouthwash four times a day for about a week,” says Dr. Morgan. “You put a teaspoon or two in your mouth then swish it around to coat all the surfaces before spitting it in the sink.”

4 Ways to Soothe a Burnt Tongue and Mouth

Which Is Contagious: Your Canker Sore or Cold Sore?

How Can I Find Relief From the Dryness in My Eyes + Mouth Caused by Sjögren’s?

Why Do I Have Knee Pain at Night?

How Sleeping Better Can Give Your Brain a Big Boost (+ Tips for Making That Happen!) 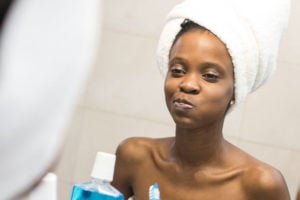 What Is Magic Mouthwash?

Need relief from mouth sores? Magic mouthwash is a prescription-only topical treatment that may offer relief.